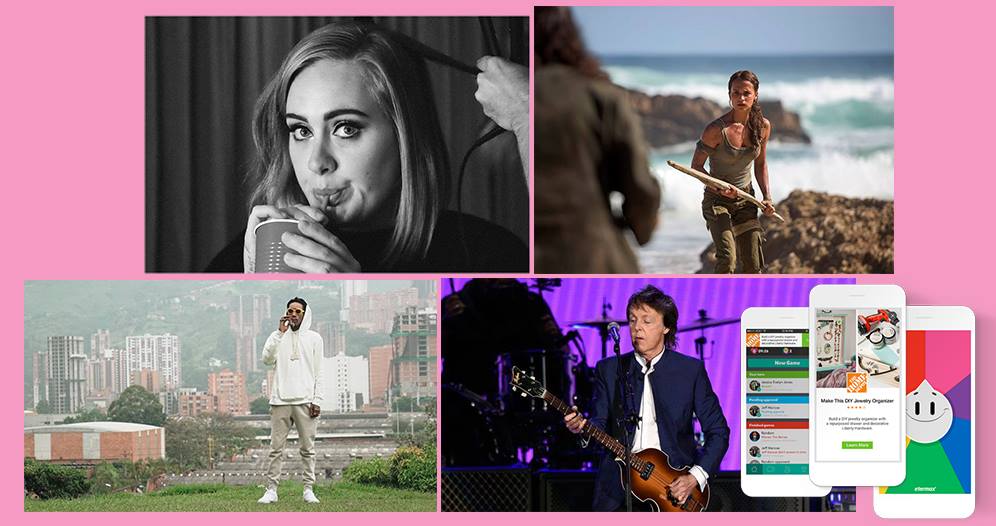 In today’s edition of ‘What Went On’, JUICE got the scoop on stories and releases that are saucy enough to make it to this space. New music aside, we’ve got a first look at a classic film we grew fond of, and your dose of unusual celebrity behaviour.

• Detroit rapper Danny Brown is releasing a collaboration with Jonah Hill at an unknown time today, as shared on his twitter. While we’re not sure what is the exact collaboration all about, we’re excited to hear Danny’s feature on Gorillaz’ upcoming album Humanz.

• Angelina Jolie may have been the Lara Croft of our time, but Alicia Vikander kills it in this preview image of her donning the character’s signature tank top and cargo pants. Said to bring more vulnerability to the character (as it is based on the more grounded reboot of the series), Alicia plays a 21-year-old Lara with a new backstory and motivation.

• Adele revealed to fans that she may never tour again, and her simple reason: Stage fright. The singer opens up at a recent concert by saying, “Touring isn’t something I’m good at… Applause makes me feel a bit vulnerable. I don’t know if I will ever tour again. The only reason I’ve toured is you. I’m not sure if touring is my bag. My greatest accomplishment in my career is this tour.”

• There isn’t much information about Paul McCartney’s new music, but the former Beatle is working with acclaimed producer Greg Kurstin – the same guy behind Adele’s ‘Hello’ – with high hopes for a good record. On Greg Kurstin, Paul was quoted saying, “He went on to work with Beck and got Best Album of the Year with Beck. Then he went on to work with Adele and has just got Song of the Year, Record of the Year, with Adele, of course and just got Producer of the Year.”

• The things people do for the ‘Gram. While on tour in Pablo Escobar’s hometown Medellin, Wiz Khalifa visited the drug-lord’s graveyard with flowers and even took the time to pose for a couple of pictures. With a history of bloodshed during the ’80s and ’90s, many aren’t pleased by Wiz’s actions with the mayor of Medellin calling the rapper “a scoundrel.”