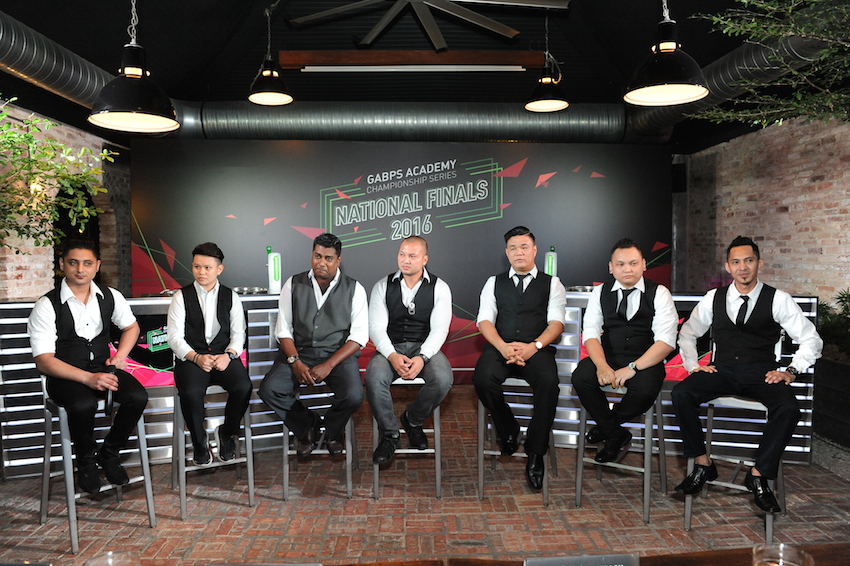 GABPS is a prestigious beer competition that requires professional bartenders to show off their skills in serving and also the educational aspects of the drinks served. And it’s for a lofty goal, of course – to represent Malaysia in the Heineken Global Bartender Final in Amsterdam. With the main prize being as attractive as it is — imagine the humble bragging the winning establishment would be entitled to — JUICE was invited to witness the crowning of the Malaysian representative that would be flown to vice capital, but in typical Heineken form, it wasn’t all work and no play  — we were spoilt with endless servings of beer too. Here’s what went down (or what we remember, at least, we had a lot to drink).

While over 300 outlets sent their best hospitality professional for tryouts, alas, only eight made the cut to the finals. These were Suraj K.C from Bricks & Barrels in Hartamas, Chan Mei Yee from Home Lounge Café in Melaka, Umaparan Karnan from Majestic Hotel’s QBA, Lee Tze Wei from Proost Cafe in Batu Pahat — though unfortunately he wasn’t able to participate on event date — Aldrael Jake Cruz from Souled Out in Hartamas, and three representatives from Beer Factory’s outlets in Setiawalk and Penang — Miguelito Singson, Eddy Jay Jaimin, and Chris Arandela.

The beginning of GABPS’ first round flowed in the same vein as any other competition — an introduction. The contestants were asked to give the guests a little insight as to who they were, what they enjoyed about being behind the bar, and their knowledge of the go-to drink on a hot day — beer. Then, they were asked to guide seven volunteers that were picked randomly from the guestlist to pour the perfect pint of beer — our Art Director happened to be one of the volunteers, as a non-biased magazine, we say his pour triumphed over everyone else’s (he has our bar to credit for the skill).

The third round was when the situation became more intense — we would’ve been able to cut it with a knife but we can’t go near sharp objects when our vision is semi-blurry — as that was the time the finalists had their final chance to prove their worthiness of representing their bar, and ultimately, our country. Everyone put up a good fight — or in this case, a perfectly poured pint of beer — however, there was more to the competition’s objective than just being able to get the perfect amount of foam; it tapped the bartender’s confidence and the ability to articulate their understanding of the drink in both presentation and facts, two qualities not all finalists lived up to… except for one, obviously, winner Eddy Jay Jaimin from Beer Factory. He embodied everything a GABPS champion should have, the metaphorical crown couldn’t have fit him better!

Check out the winner and other photos from the competition below: 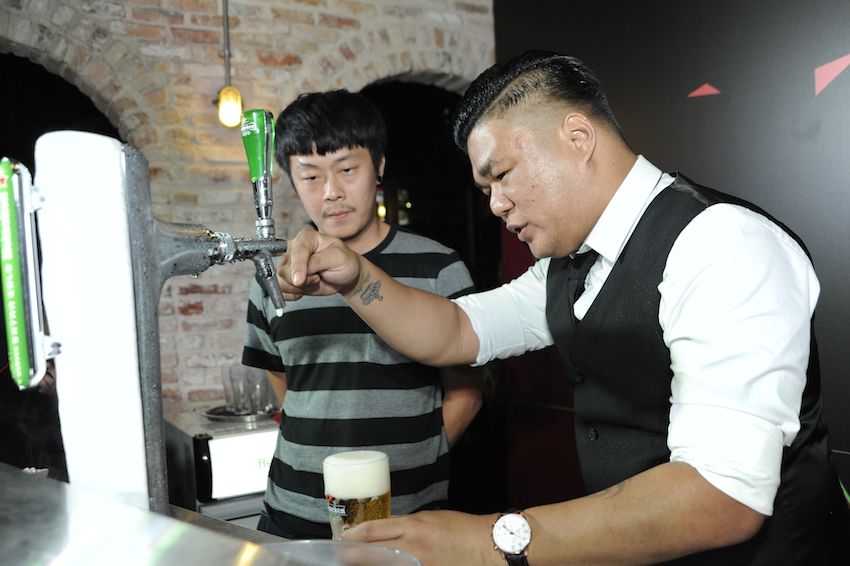 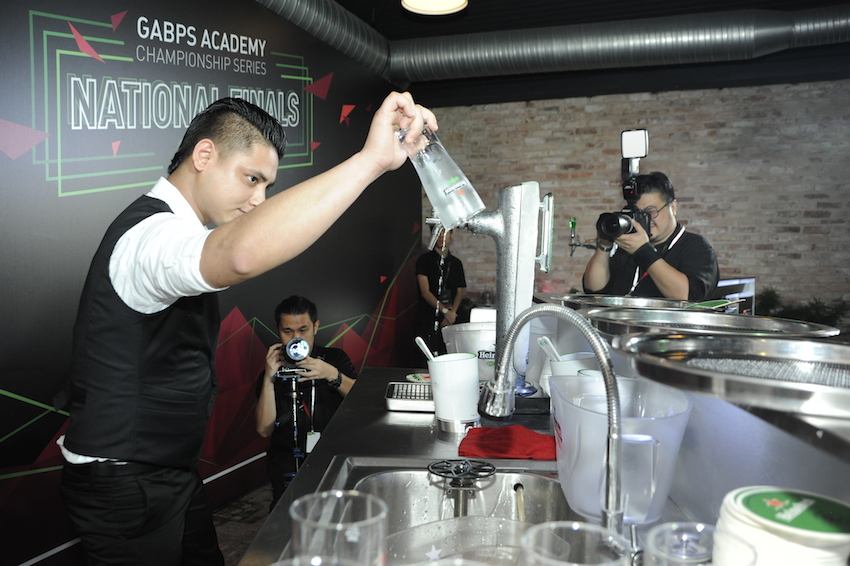 The GABPS Academy National Finals 2016 went down on Wednesday 16 March ’16 at The Tavern. The Heineken Global Bartender Final will take place in Amsterdam on Tuesday 19 April ’16.