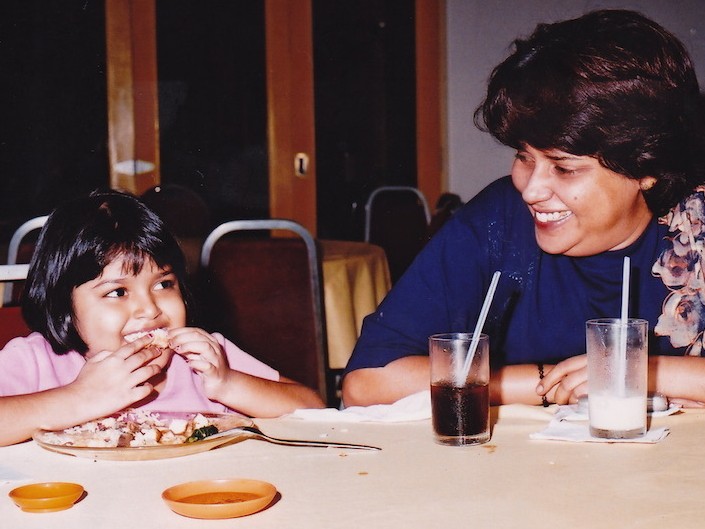 Being a child of divorce can mean several things. For me, it meant people enjoyed hosting pity parties for me; everyone apologised or felt bad that I didn’t live with two parents, they’d ask what it was like at home and how we managed to get by. My mother’s decision to be a single-working parent was not one that she made on a whim. She did it because she knew what she had to do to keep her family together – she needed to provide.

She often apologised for not being able to collect our report cards or be as involved in co-curriculum activities in comparison to other parents due to work. I didn’t think she needed to be apologetic; I thought it was badass that she worked hard. Plus, her office then was next to the Shangri-La Hotel, which meant that whenever she brought me there with her, I could imagine what it would be like if I became a Datin in the future. And it was way more fun to see my grandmother — a retired English teacher — correct my class teacher’s grammar, anyway.

There were many pre-pubescent teenagers from staunch religious families who felt it was their right to make snide comments about my mom’s choice – they didn’t know her personally, but because it was probably their parents who said something to the effect of “That’s not the right way to do things,” I couldn’t fault them completely. What did they know? I could handle these kids, but to have your own peers do it was a different feeling altogether.

Many people my mother knew were incredibly encouraging towards her appearance (“Ooh, who are you all dolled up for? Yourself? Why?”), what she bought (“Wow, you can afford that?”), the way she raised my sisters and I (“What would people say about you listening to Limp Bizkit with your daughters? They swear so much!”). 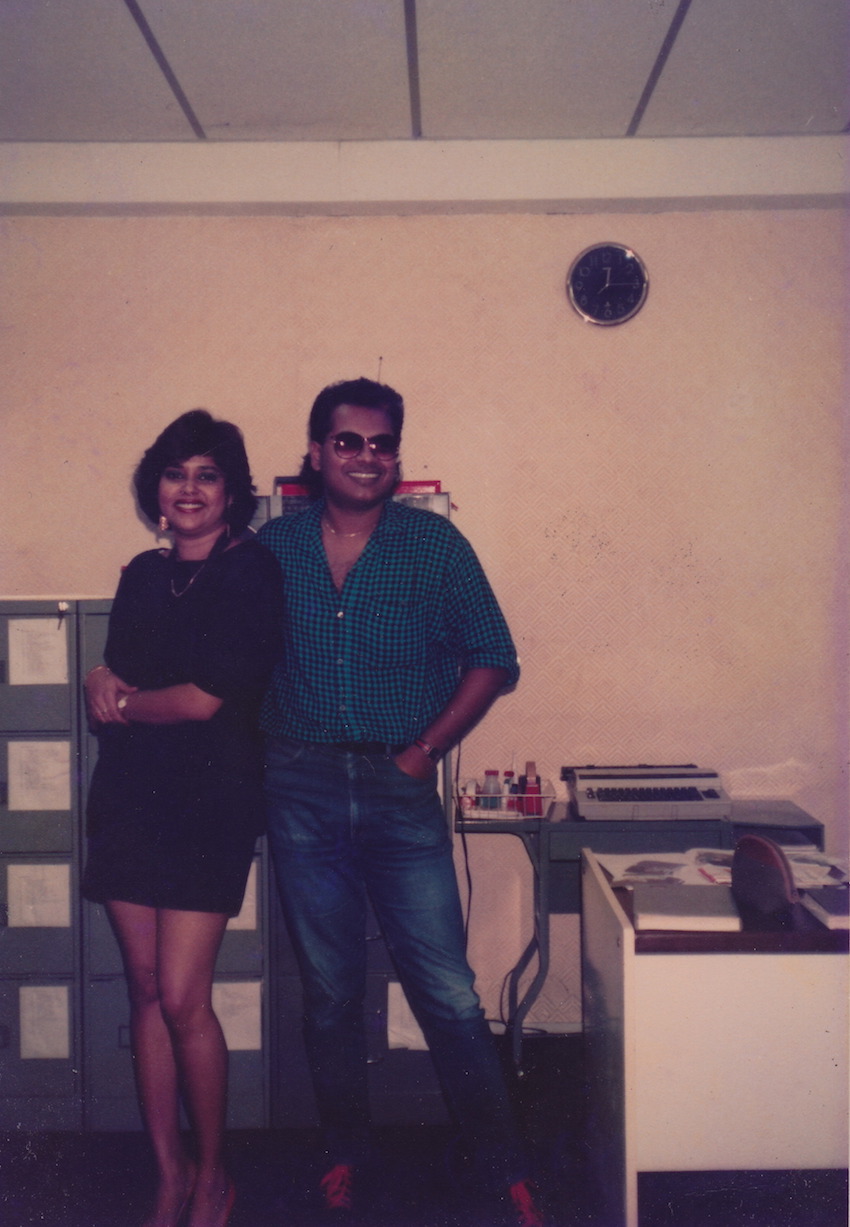 Seeing this sort of behaviour from people who were legally adults made me question the presupposition of older folks being wiser. Because of this, I learnt that giving out advice regarding a situation we’ve not personally been in is almost as simple as slapping someone in the face with a brick when they say something that makes you roll your eyes so far back they almost pop out of their sockets — I say almost because we have laws or whatever that prevents us from doing the latter. But still, I never understood who these people thought they were to tell my mom if she was being a good parent; more importantly, why my mother was affected by individuals that would not survive walking 100m in her shoes.

There had been several occasions where my mom cried about being a “terrible mother” because she couldn’t do everything “regular” families did, like being able to travel overseas for a family holiday, buying us expensive gifts, or having a father figure for us to look up to. How anyone could be capable of looking at a single parent who overworks herself just to make sure she is able to put food on the table and a roof over her kids’ heads as an unfit parent is something I wondered about a lot.

Maybe my lack of comprehension for their judgement was caused by my sister and I witnessing the behind the scenes of an abusive relationship at a young age. So, we were able to understand that our mother’s reason for being a single parent was not because she didn’t respect marriage vows — it was just that she valued protecting herself and her children more.

It was tough seeing my mother building a home on her own, but you know what? She did. She put aside as much money as she could after paying all the bills and bought herself her first home. I remember the look on my mother’s face when she took my sisters and I to view the apartment; she had more energy than Energizer batteries just from thinking about how to go about decorating the space. 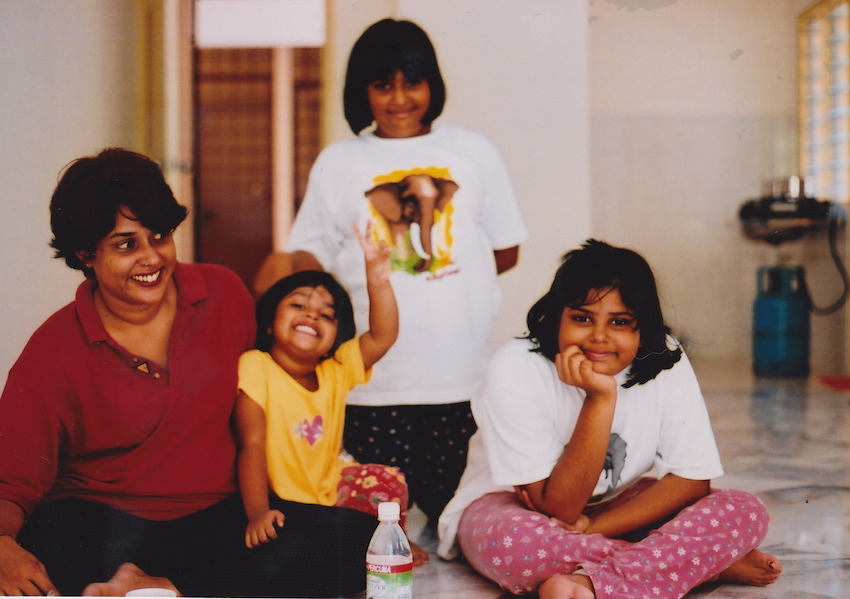 We’ve learnt many lessons from our mother:

1. Work hard for what you want.
It doesn’t matter that the job isn’t glamorous, we should take pride in knowing that we did our best, and that we don’t have to depend on anyone to help us get by.

2. Art should be enjoyed, not taken literally.
After I started listening to artistes whom were frequently accused for “motivating” people to cause harm because of their lyrical content (i.e. Eminem, Marilyn Manson), my mother told me if I ever hurt someone because a song said I should, she’d smack the one of us that’s Indian. Fun fact: Eminem is not Indian. (But neither am I – I’m (half) Ceylonese! Hah, jokes on you mom!)

3. Respect is earned, it’s not given.
Just because we’re blood, doesn’t mean I am obligated to give you my undying devotion.

The most valuable one though, is the importance of communication. Despite my sister and I only being 9 and 10 years old respectively, my mom consulted us first about getting a divorce from my father (or ‘sperm donor’ as I fondly refer to him as) before even speaking to a lawyer — just so we weren’t shocked to be in a new environment.

She preferred explaining everything to us instead of just giving out orders. This helped establish a liberal household; a place where we were encouraged to think critically and constantly ask questions — she’s all about the democratic life. Though I don’t think my mother anticipated having a child who shares the same beliefs as Edward Snowden. Believing Elvis isn’t dead? Child’s play! My sister has gone to the extent of covering her front-facing cameras with masking tape, people #BigBrotherIsAlwaysWatching.

But what I admired the most about my mom is that even after the horrible things she had to endure in a 10-year-long physically and mentally abusive relationship, she doesn’t have any sort of resentment towards anyone who’s wronged her — like my sperm donor. She encouraged my sisters and I to spend time with him because maybe “he would be a better father than he was a husband.” He was better of course — when I needed inspiration to write jokes. Yes, I will not have a father to dance with at my wedding (Kendrick Lamar will notice me soon, guys), but I know I can count on my mother to be there for me.

With that, I’d like to wish a happy Mother’s Day to all the women — and men who have to play the role of a mom — who have had to miss certain parts of their kids’ lives because they had to work; you do what you have to do, so never apologise or feel less of a parent because of it. If anyone gives you sh!t about being a working parent or if you’re a child of divorce and someone looks at your family differently because of it, just quote Zeus from Die Hard 3 — “Don’t f*ck with me or I’ll shove a lightning bolt up your ass.”

Have a fantastic day, moms!

Rathika Sheila just celebrated being with JUICE Malaysia for a year, hurrah! Here’s to many more sob stories (sorry #AOM). Follow her on Instagram here.