Last June, shoppers in China stampeded and stripped off mannequins just to get their hands on the limited edition Uniqlo x KAWS Summer collection. We’re not so sure as to why this collection is so popular considering its just cartoon characters like Snoopy, Mickey Mouse and The Simpsons on a T-shirt, yet people are losing their minds over ’em!

Recently, a viral video that was posted on Facebook by Youtuber – Sammicci, showed the shopping madness has made its way to Malaysia! These crazed shoppers did not hold back with their screaming, pushing and even climbing in the Uniqlo IOI Mall, Putrajaya outlet.

While the collection was launched in June, this frenzy on 30 August happened because Uniqlo had restocked all the items. The clip showed shoppers queuing in front of the outlet and rushing in as soon as the staff opened the doors.

Screams could be heard as shoppers scrambled for T-shirts and tote bags. A man is seen climbing onto a rack to look for suitable designs and sizes. Soon after, he threw a T-shirt to another shopper who stood not far from him and was joined by another shopper as they both climbed the racks.

Despite other shoppers shouting at him for his behaviour, the man remained unfazed. It was, one word – chaotic.

Take a look at the madness below:

Sammicci also noted that the entire rack of T-shirts were all sold out in two minutes, leaving hangers and display cards thrown all over the floor. A mess!

Based on the comments under the video, this was not the only outlet that was swarmed by shoppers, although they had had similar experiences, it was not THIS bad.

According to South China Morning Post, despite the huge popularity of the Uniqlo collaboration – which had all of y’all fighting and sh*t – Kaws has announced on Instagram that this would be his last collection. 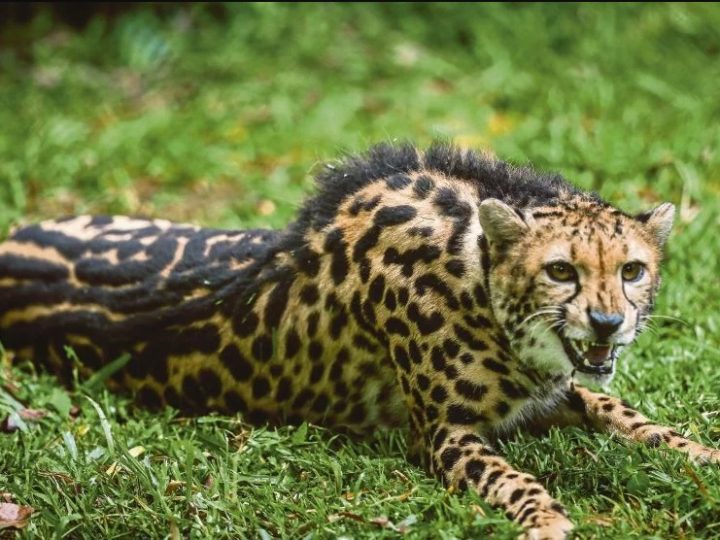 Sporting a Black Mohawk, This Rare King Cheetah Can Be Seen at Zoo Negara