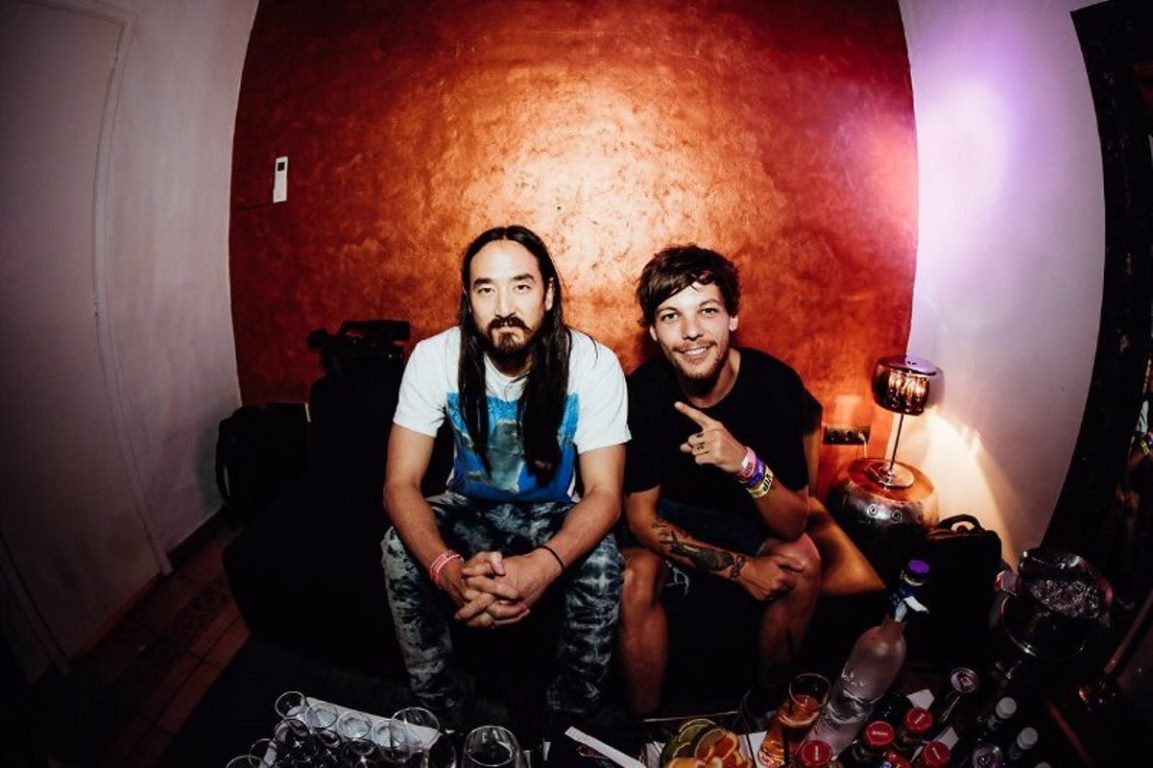 Looks like EDM is going to be the canvas of pop musicians for a while. The debut single from ex-One Direction(er) Louis Tomlinson sees him ganging up with party maestro Steve Aoki (who doesn’t seem to have aged since we last spoke to him). ‘Just Hold On’ was first performed live by the duo during the finale of The X Factor in the UK. Here we see a MCR Black Parade-era jacket donning-Tomlinson accompanied by Aoki on The Tonight Show with Jimmy Fallon. Going solo is never easy, especially with the expectation of matching the success of One Direction, so let’s hope Tomlinson can hold on to more than a good, early start.

‘member that time Steve Aoki brought the house (and cake) down at the now defunct-Club Neverland? Click here to swallow that bittersweet ‘memberberry.