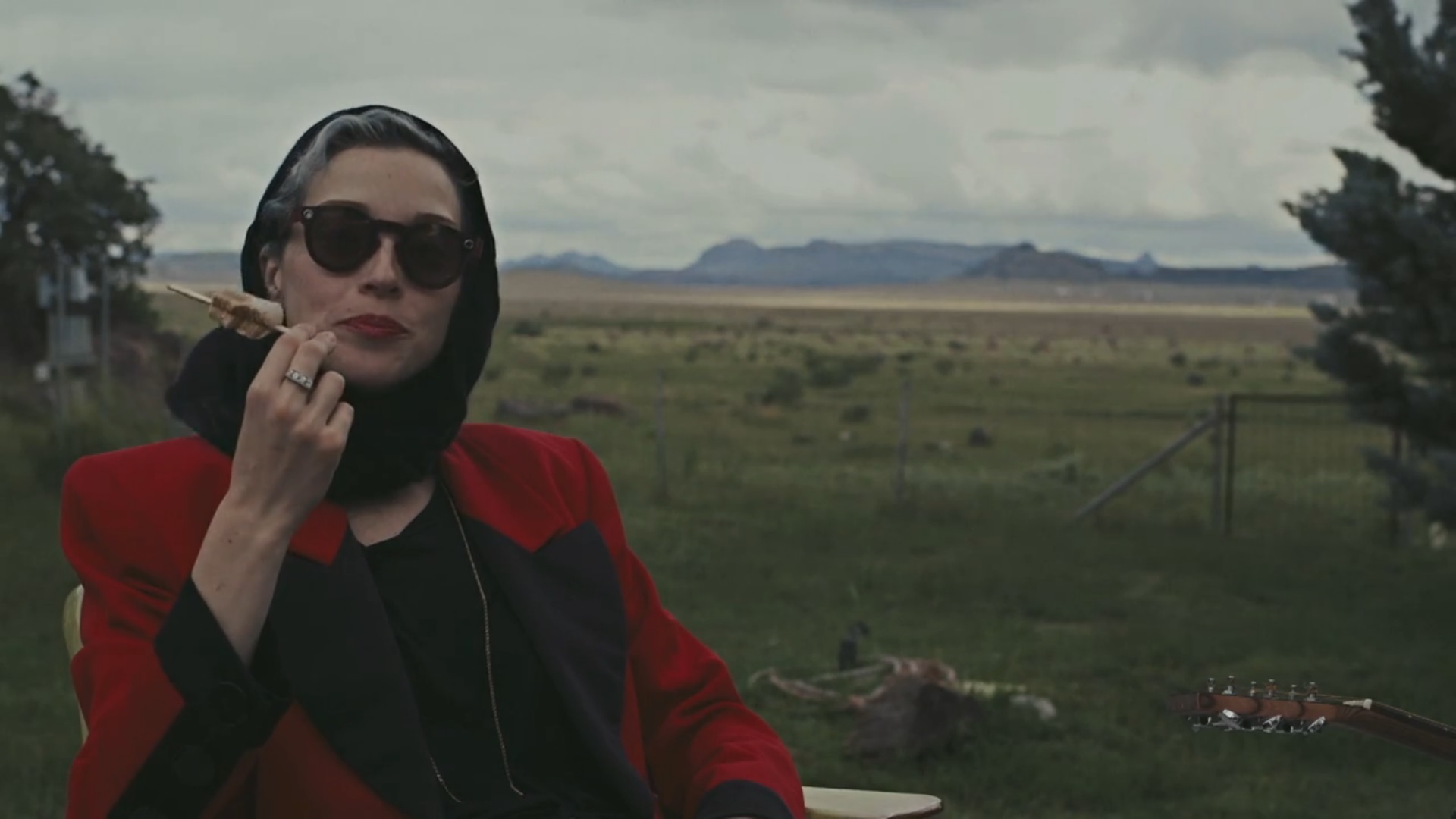 The magnetism of St. Vincent is just unfailingly captivating. It’s two years since the release of her eponymous album, but the absence from the public eye hasn’t at all reduced our interest in her enigmatic self. But here in a short film by Alan Del Rio Ortiz, we’re given a rare glimpse in the personal space of the artiste. We follow her home to the lone star state where she sings the national anthem at a local baseball game in her offbeat tone, and listen to her spouting her thoughts on her drive to make music, human nature, connecting with fans, and other topics. There’s a clip of her laughing at the rickety state of her rental car, but also a scene of her walking topless in a vast ranch, looking poignantly at a distance. Though she shares many morsels of introspection, she is however not averse to horrible portmanteaus, “This is amazing; it’s coffee in a popsicle– it’s a coff-sicle.”

St. Vincent was one of the subjects in a Pop Thesis article in the September issue of JUICE. More videos from Nowness here.