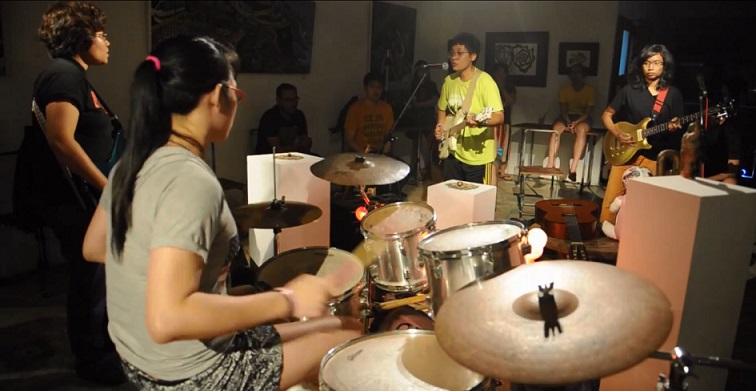 JUICE‘s favourite happy hardcore band is back at it with the first episode of the Pianissimo series organised by Findars and supported by us. Charmingly esoteric at times, and deeply jiwang at others, Shh…Diam‘s tunes aren’t just a treat for the ears but also for the mind with witty lines often interspliced with astute analogies and quips. Pianissimo, as its namesake suggests, is a series of intimate gigs with minimal pianissimo equipment setup and immersive fortissimo sounds.

Shh… Diam! is also featured in this month’s issue of JUICE, so head on over and pick your copy up.

Halfway Kings and Make Like A Tree [UKR] will be performing at the next instalment of Pianissimo Concert on Saturday 17 May ’14. Follow Shh…Diam! on their official Facebook page.