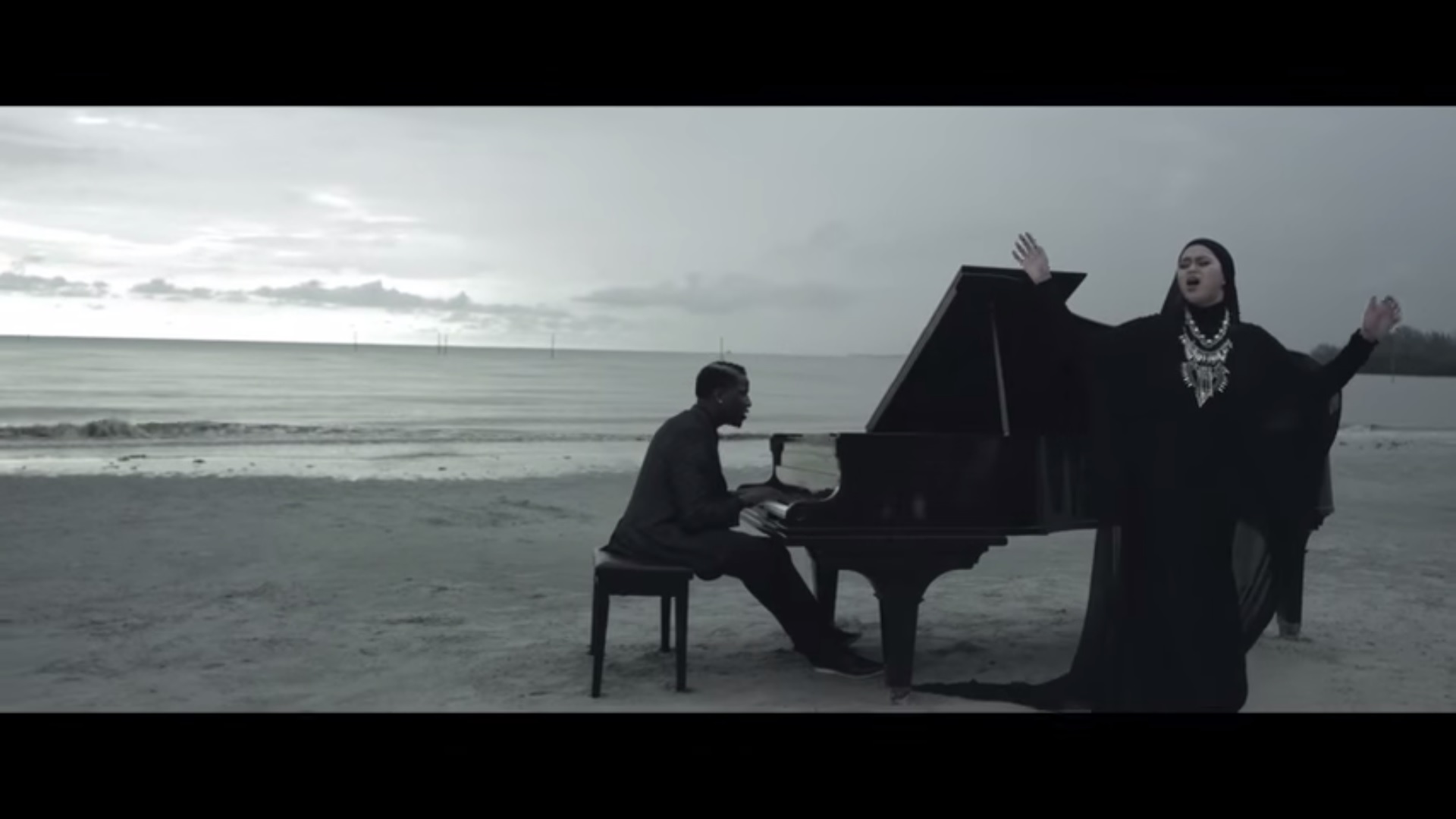 With all the hoopla that’s happened to our country, Najwa and brothers JUNY have released this hopeful song as a way to uplift the downtrodden nation. Originally written a year ago, the single could not have been more appropriate for this distressing period of time, considering all the unfortunate series of events that have plagued us. As explained on JUNY’s Facebook page, it was director Henry Ooi who approached them after witnessing them performing this very song at No Black Tie. The ballad is rife with solemn violin strings and piano that provide a solid support for the emotive vocal delivery of both Najwa and Fatboy Tony. The music video follows a similar tone as well — it has a simple premise that sees the artistes performing the song by the shoreline while dressed in black to further evoke the sincerity of the song’s message.