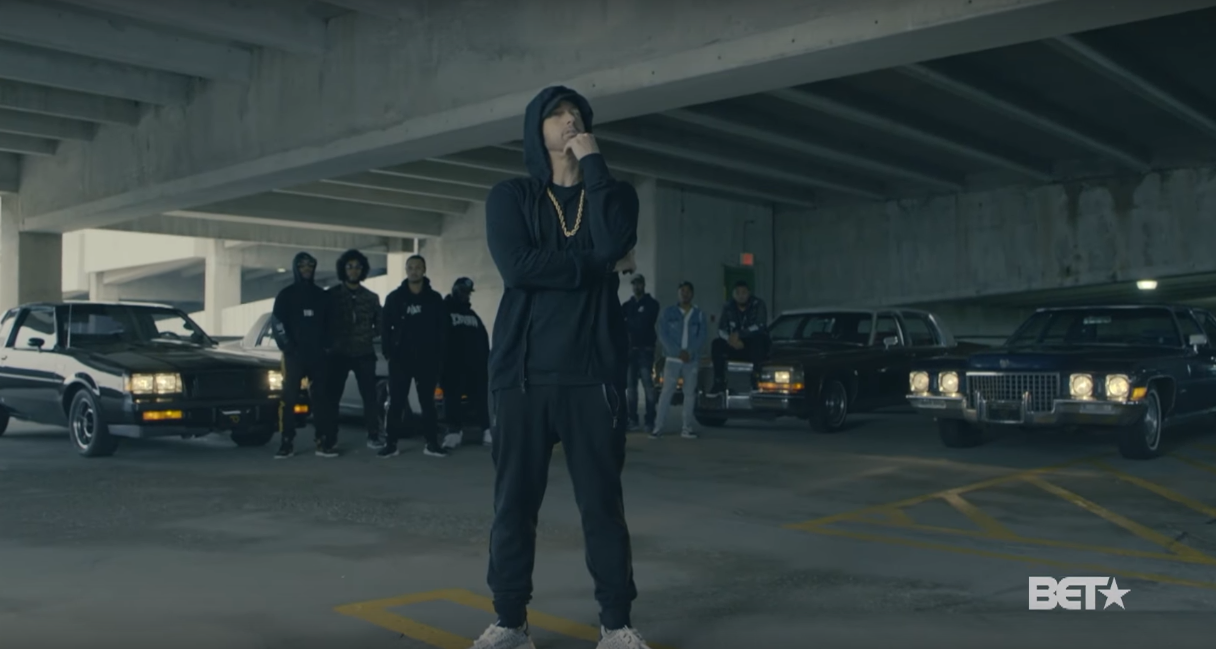 The legendary Eminem never shies away when speaking about Donald Trump, but this time he is setting the record straight in a freestyle rap. He makes sure that it’s on a big platform as the video was for the BET Hip Hop Awards. Eminem bodies the four-minute-long freestyle called ‘The Storm’ one line at a time, bashing Trump all the way.

Taking place in a parking lot in Detroit, Eminem raises issues like nuclear wars, gun laws, support of the KKK, petty Twitter drama, racism, Puerto Rico, white supremacists, and the Colin Kaepernick case. He calls Trump everything from “Donald the bitch” to a “racist grandpa.”

Eminem also goes all the way as to confront his fans regarding Trump:

“And any fan of mine who’s a supporter of his, I’m drawing in the sand a line, you’re either for or against, and if you can’t decide who you like more and you’re split on who you should stand beside, I’ll do it for it for you with this. Fuck you.”

So, if you’re a fan of his, better choose a side and stick with it. It’s crazy that a rapper like him has had enough and actually speaks his mind about it. If someone did what Eminem did here in Malaysia, probability of getting thrown in a cell is super high, plus a long jail time too.

With all that’s going on in the ‘Land of The Free’, our political issues seems meh.