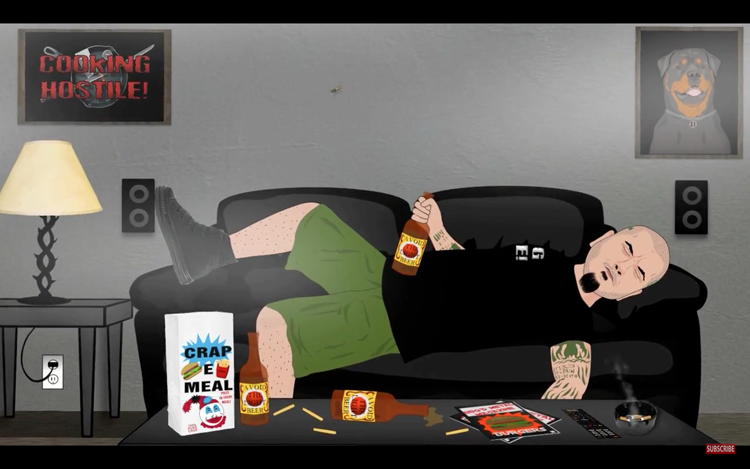 Joey Siler gained popularity after imagining what Pantera (now defunct) lead singer Phil Anselmo’s cooking show would be like back in 2013. It’s appropriately titled Cooking Hostile, which is in reference to Pantera’s ‘Fucking Hostile’, but the cheesiness doesn’t end there! Joey goes as far as to rewrite the lyrics to Pantera’s classics to accommodate the recipes that animated Anselmo used in the kitchen, such as “baking powder, a splash of malt, what’s next now? We add the salt,” sung with music from ‘I’m Broken’ in the back. It’s full of confidence and power. The parody eventually reached the hands of Phil Anselmo, who agreed to do the voice over for Episode 4 entitled The Dream, so you know these videos are legit. This episode, though shorter than the usual duration of Cooking Hostile episodes, features Limp Bizkit’s Fred Durst and Wes Borland taking over to create some chocolate chip cookies by singing along to ‘Bake Stuff’, which takes after ‘Break Stuff’. Anselmo, unhappy with the imitation, packed a chainsaw to skin Fred’s face raw. It’s brilliant. This is the sort of gold we’d like to see more from the Internet!