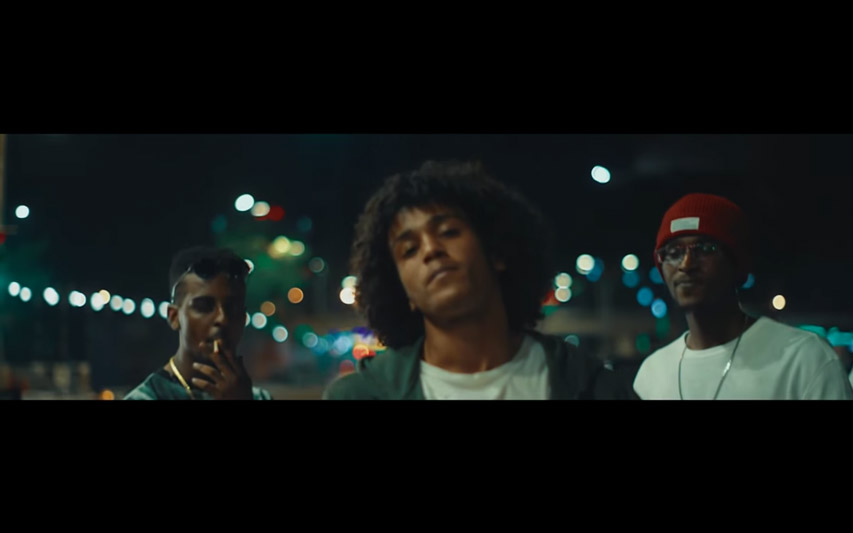 Creative collective IMMABIGDEAL (IBD) might not be too familiar with many Malaysians, but the Dar es Salaam-based brand has been quite active with their artistic output – clothes, videos, photos, music – since founder Macgrain moved to Malaysia in 2012. IBD member and ‘storyteller’ Brian Simba’s music video for ‘Sunday Morning (Narrated by George Gavin)’, taken from forthcoming debut tape Masaki Theory, is as good of an introduction to the crew as any; co-directed by Haverhuck VHS and Macgrain and shot and edited by the former alone, the track’s production coupled with its night time locations (Dataran Merdeka, Bukit Jalil, and Changkat) would get you mistaking Kuala Lumpur for The 6. In fact, the song is pure Canadian debauchery and decadence à la OVO – right down to its quality. Though both IBD rappers Simba and Gavin and producer DomiBeats (homie is based in Canada, surprise) don’t appear in the video themselves, the collective’s latest collection – due for release in March – is worn by the video’s actors consisting of mostly Africans living in this city.

Brian Simba’s debut tape Masaki Theory will be out on Friday 26 February ’16.