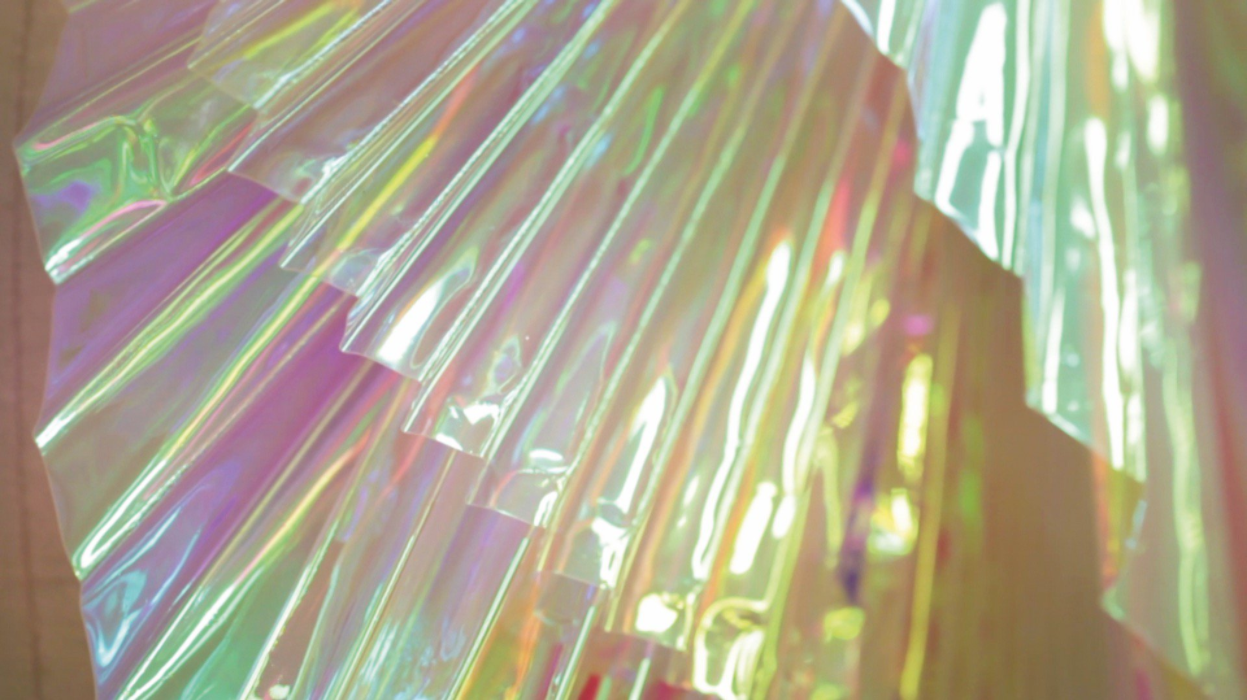 Icelandic goddess of experimental music, Björk, is back from her hiatus with ‘The Gate’, appearing more hopeful and joyous in the song – a stunning melody that perfectly focuses on Björk’s vocals with the help of electronic drums and bass. Her voice delightfully overlaps one another, and is distorted into an otherworldly tune much like her previous music. It shows Björk renewed and healed from her 2015 album Vulnicura, departing from the previous album’s theme of heartbreak and sorrow

Co-produced with Venezuelan electronic producer Arca, we really can’t think of a better artistic duo than the two as ‘The Gate’ stunningly opens Utopia, due this November. The avant-pop partnership also came along with a visual masterpiece in collaboration with artist Andrew Thomas Huang and Gucci’s Alessandro Michele, who designed a custom gown with holographic pleats and details to give out that iridescent feel.

Film director Huang explains the reasoning behind the music video:

“‘The Gate’ picks up where 2015’s Vulnicura left off. It is the first glimpse into Björk’s utopia. The doorway lies within the wound from Vulnicura, which now appears transformed into a prismatic portal channelled between the chests of two lovers. Not lovers in the quotidian romantic sense, but in a broader cosmological way. As a throughway into Björk’s new album, The Gate is a declaration of hope sung by a woman refracted and reformed into a luminous whole.”

Described as a “Tinder album” by Björk herself, the album explores the subject of love, and more so, the search for it. But there’s also more to it than that, as the album raises questions on whether or not paradise is possible, something to ponder upon amidst a crumbling world that is filled with xenophobia and global warming.

“Maybe that’s why it became a utopian theme – if we’re gonna survive not only my personal drama but also the sort of situation the world is in today, we’ve got to come up with a new plan,” says Björk to a source.