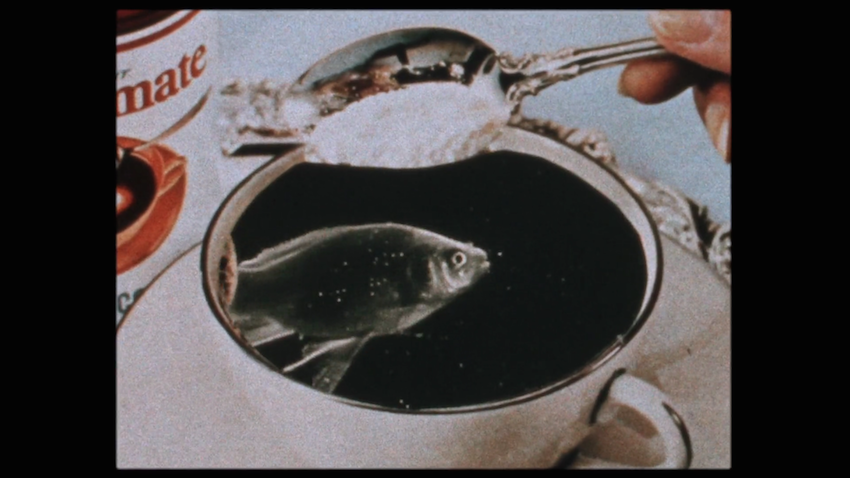 Beneath the folk rock arrangement lies lyrics that tug at one’s broken heartstrings, which makes ‘Worst In You’ the missing track that should’ve been featured in Angus, Thongs and Perfect Snogging‘s soundtrack. However, the writing isn’t something to shout about as the lyrics are not very memorable, there are a couple of lines that hit a few sore spots (“Do you always find the worst in me? And do I only find the worst in you?”), but beyond that, it sounds like an average song a person would flail to in the comfort of their room. That being said though, the music video is the winner here. It uses the concept of a pop-up book, except that each page has a cut-out that creates a different image over what’s being shown (i.e. the photo above, before the fish appeared, it was actually just a photo of coffee). It’s pretty mesmerising and guaranteed to be watched more than once — we’re still trying to figure out how the filmmaker, Winston Hacking, was able to record this in (what seems to be) one take.