With the evolution of how human beings consume media, writers — and anyone in the creative field, really — cannot afford to apply traditional marketing plans to advertise their work. These days, creatives take the route of showcasing their creations on independent platforms that allow direct engagement with their audience rather than following corporate structures, which keep the two at arm’s length. Most importantly though, the work that’s being put out into the world has to be bite size. The shorter it is, the more likely people will enjoy it – a sentence that no one would ever say in a different context.

Evidence of that theory can be seen in the success of the likes of Lang Leav (author of Lullabies, Memories, Love & Misadventure) and Rupi Kaur (author of Milk & Honey), both of whom created their respective followings after publishing their poems on Tumblr and Instagram, and then later began touring the world to promote their books which they printed much later into their careers of being ‘Instapoets’. Another writer who’s following this formula is Malaysian-born LA-based writer Trina Teoh.

Trina recently published her debut book entitled Valley Deep Into You; it’s a compilation of poems that reflects on her personal struggles as well as ones she’s observed through the hearts of others. She was inspired by the universal appeal of pop music; pop poetry is a reimagination of traditional poetry aimed at reaching a wider audience. In short, her poems are sharp, easy to digest while also hitting a nerve or two in the process. Plus, with the resources at hand (aka the glorious internet), Trina saw it as an opportunity to be a self-published author without it resulting in her eating instant noodles for breakfast, lunch, and dinner just to produce her body of work.

JUICE spoke to Trina to discuss how she wrote about someone else’s feelings without clouding it with her own perspective, what it took from her (financially) to be self-published, marketing herself on Instagram, and her favourite and least favourite feelings. 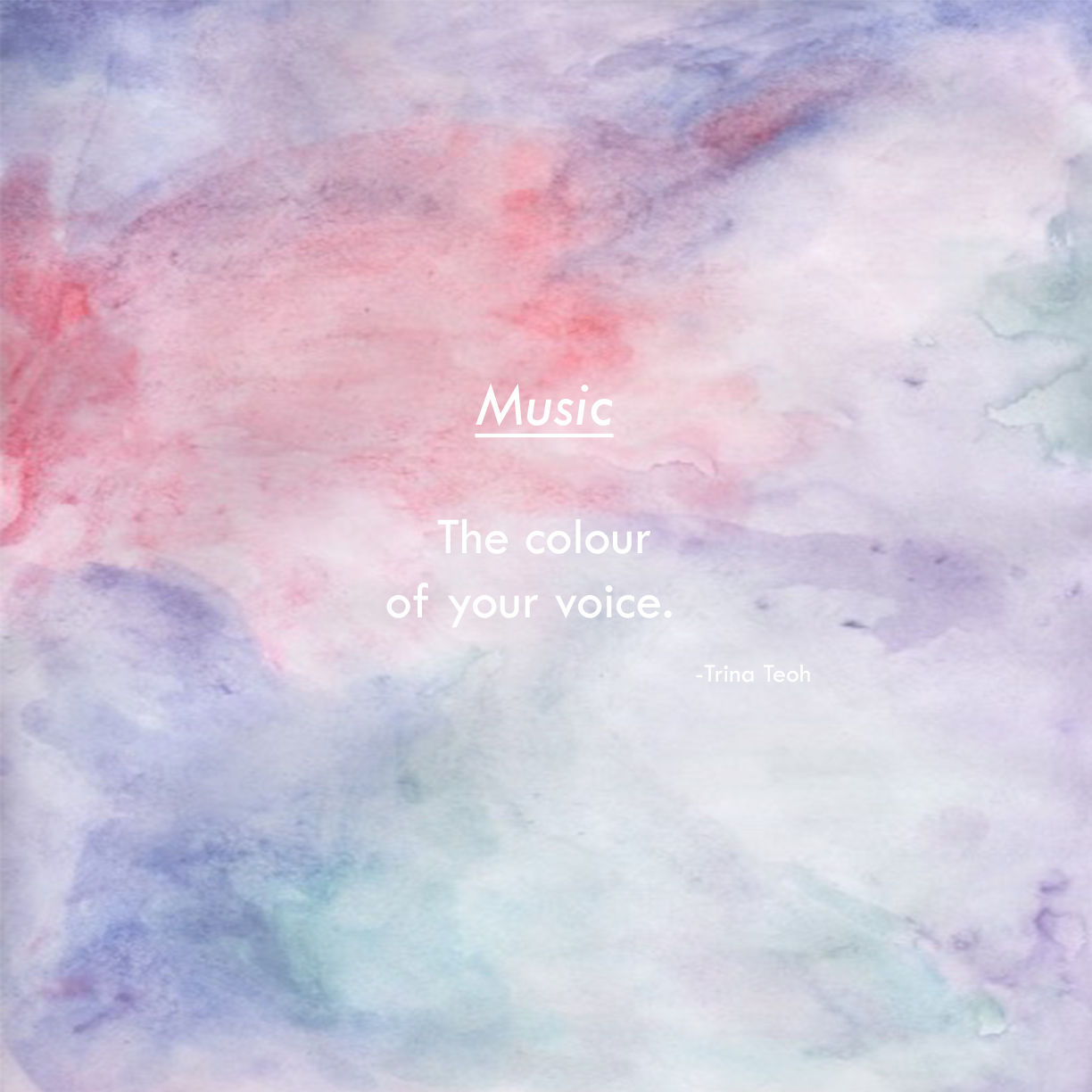 “I felt that I had to write [the book], I know it sounds abstract and obnoxious but it’s true.”

How did it happen?
With feeling. I felt that I had to write this, I know it sounds abstract and obnoxious but it’s true. I wanted to create something and I realised there was a market for it.

What made you see that there was a market for this?
I felt a gap from friends who did not read leisurely. I wanted to convey the same volume of feeling with words, but I didn’t want them to feel the chore of reading.

What’s the reason behind its graphics?
The texture of watercolour on paper gives a rather soothing response. It’s almost like looking at a cloud. But the poems juxtapose the soothing feeling because they’re the opposite of that, they kinda crush you. So, the reader is given a bipolar piece of work, and hopefully it sticks with them. 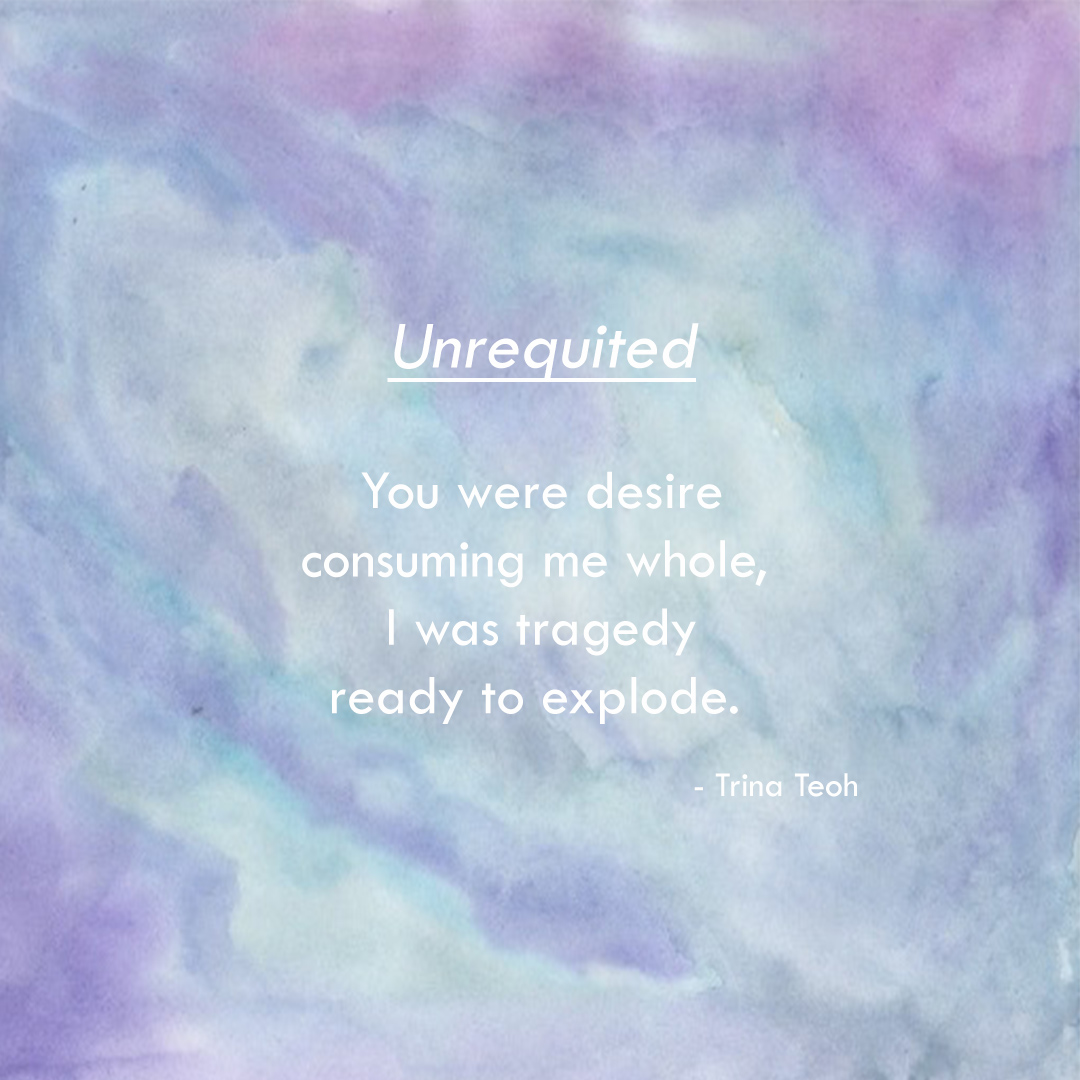 What were you thinking of when you wrote each poem?
I thought about the human connection. I observed friends, how they reacted to a situation, how they felt about being betrayed, what they said when they were hungry. I thought about the stories they told me. I listened to their meaning. Cause we don’t say what we feel most of the time, it’s hard to interpret feelings.

Was there a particular process you created for yourself in order to interpret someone else’s feelings and then be able to write about it?
It wasn’t a process, more of a change in mindset. I tried to be less dependent on my own perspective. To write about someone else’s emotions requires you to empathise despite the situation. Something I am learning everyday.

“[Empathy] comes with the desire to understand someone, to be innately curious about an individual’s actions rather than to pass it off with judgement.”

How were you able to separate your perspective and be objective towards someone else’s?
It comes with the desire to understand someone, to be innately curious about an individual’s actions rather than to pass it off with judgement. I am still learning how to be emotionally intelligent in any given situation!

Assuming that you would require a lot of empathy to be able to carry a project like this, how did you do it without being consumed by the feelings of others?
I try to compartmentalise from the situation, to step back but maintain the empathetic notion in my surroundings. It’s kinda like being an outsider, I’m there to give an honest perspective.

Were there emotions that you found difficult to translate onto paper?
There wasn’t a specific emotion, but feelings are impalpable and it’s hard to transfer something abstract into words. 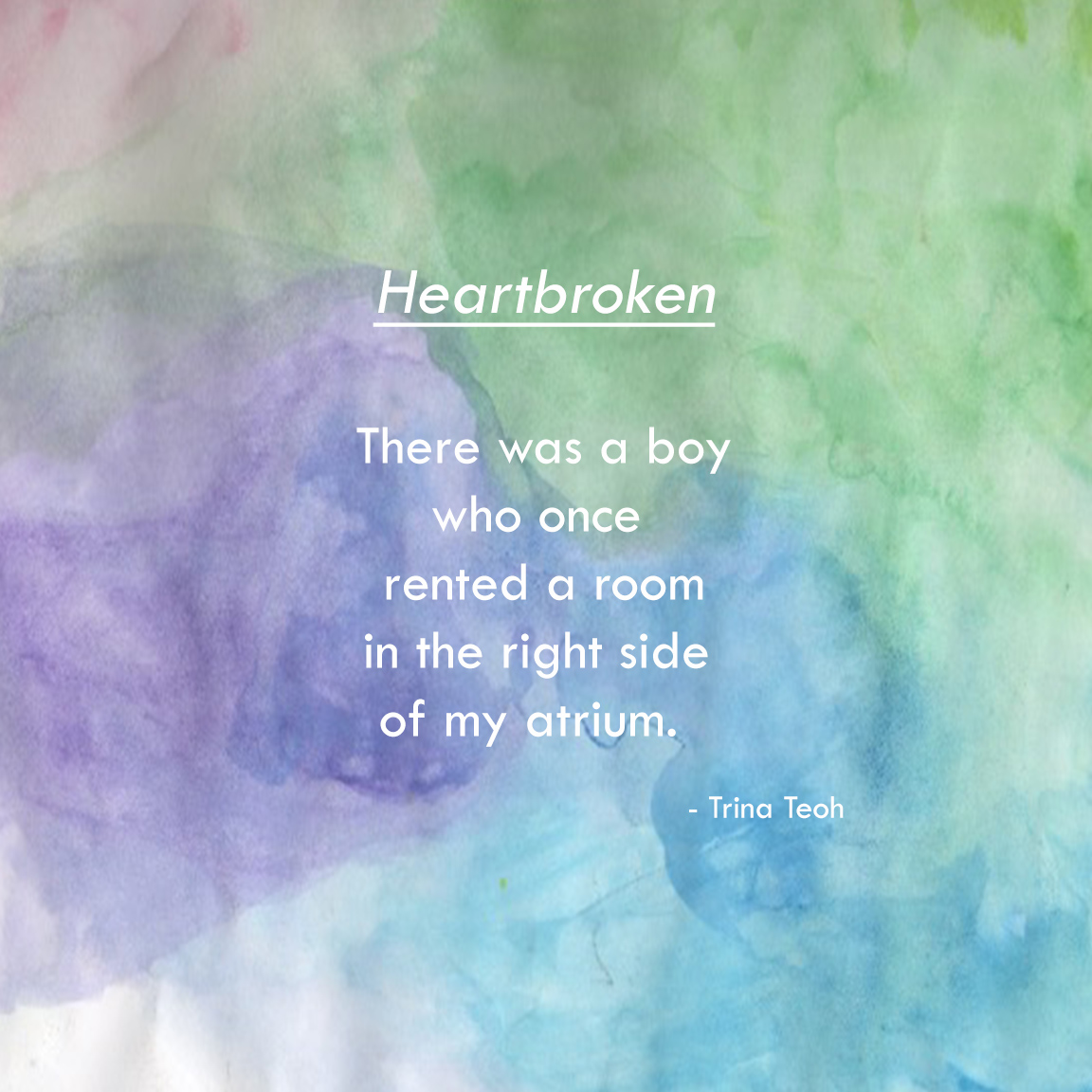 The foundation of your book is emotion, so, what’s your favourite feeling?
Love! Hands down.

What’s your best memory of love?
This is more of a living memory, I see my parents together and I witness love.

What’s the feeling you least enjoy dealing with?
Anger, it consumes you.

“I like my glass to be filled to the brim.”

We know that all too well. Do you believe human beings naturally gravitate towards negative feelings than they are with more positive ones? If yes (or no), why do you think that is?
No, I usually have a positive view of the world, sometimes this perspective is skewed from a bad day or a bad encounter, but I wholly believe in light, something everyone carries within. Some might have it shining bright, others might have it a little dimmed, but there is always positivity. I like my glass to be filled to the brim. 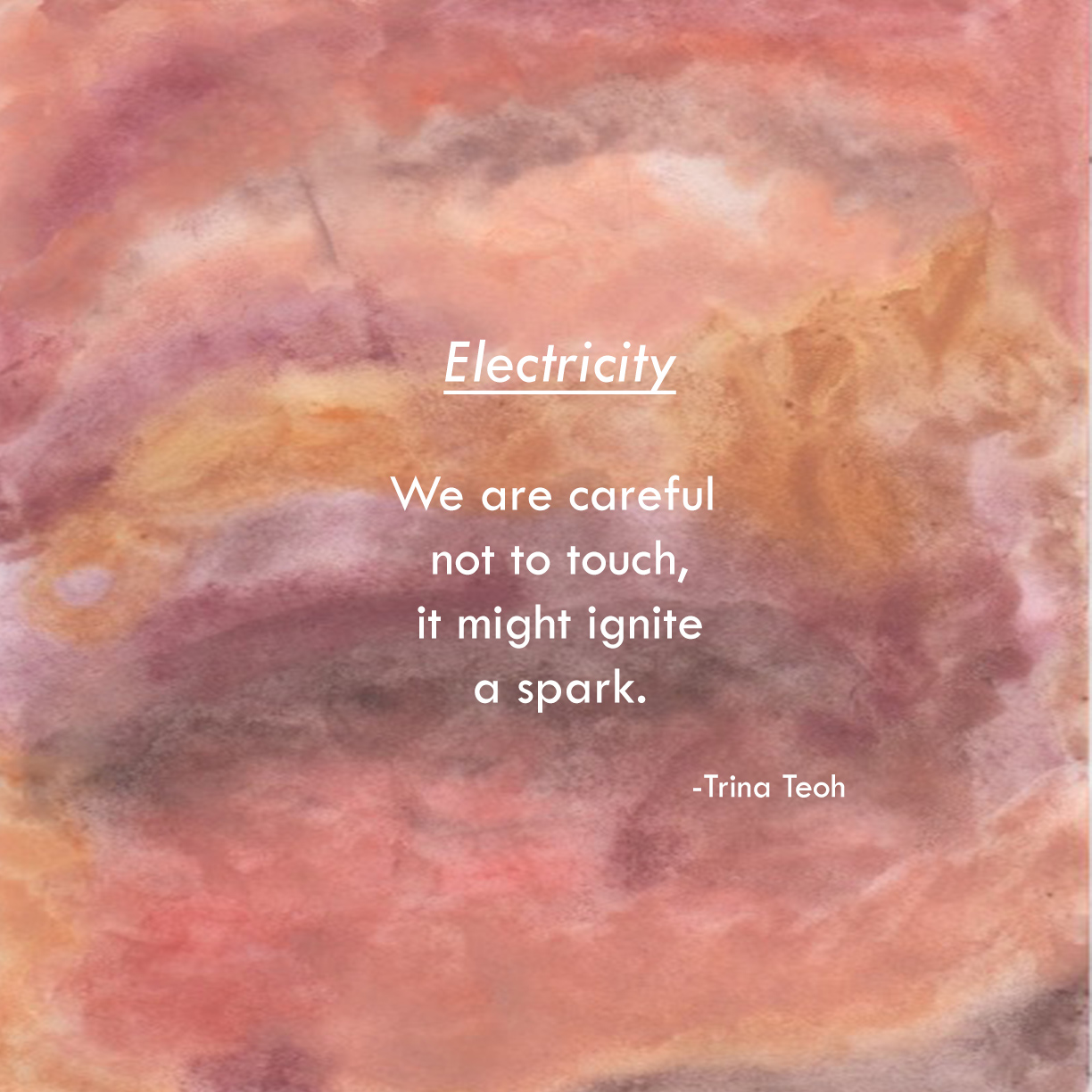 “This shift in the process of self-publishing mirrors the way the film and music industry is changing, online publishing and streaming are things of the future! What a time to be alive.”

Moving on to the business aspect of this book, what’s required financially for someone to self-publish?
It doesn’t cost too much! With the magical powers of the internet, sites like CreateSpace allow you to self-publish on Amazon. The only downside to self-publishing with Amazon is that they require a chunk of your royalty, but it’s the first step! This shift in the process of self-publishing mirrors the way the film and music industry is changing, online publishing and streaming are things of the future! What a time to be alive.

How have you marketed your product so far and what’s the reception been like?
I’ve been using Instagram as the main source of my marketing tool! People have been extremely kind, the response has been generally positive.

What was the entire writing process for Valley Deep Into You like for you?
The process of creating this has been about growth. I have learned so much about myself yet I know not enough. I am still learning how to accept the work I have done, to stop worrying about the outcome. To know that as long as I have poured myself into something, that alone is the reward.

Why do you think learning about yourself or being self-aware is important to an individual’s growth?
I think it’s crucial to adopt a learning attitude when you want to mature. Being self-aware of your mistakes and understanding your habits are a part of it all. I don’t know if I’ve even grazed this peak of maturity, but it’s something I’m practising as much as I can.

Alright, last question; what do you want to achieve through Valley Deep Into You?
This is a hard question because I am still in the progress of understanding what the end goal of all this is for. But I know that as long as my parents are happy, I am too.

Purchase Trina Teoh’s Valley Deep Into You here for $8.99. If international shipping is a bitch to your bank account, worry no more as Trina mentioned her book may soon be available in bookstores around the Klang Valley.

Until then though, read more of her work and keep up to date with her projects here.