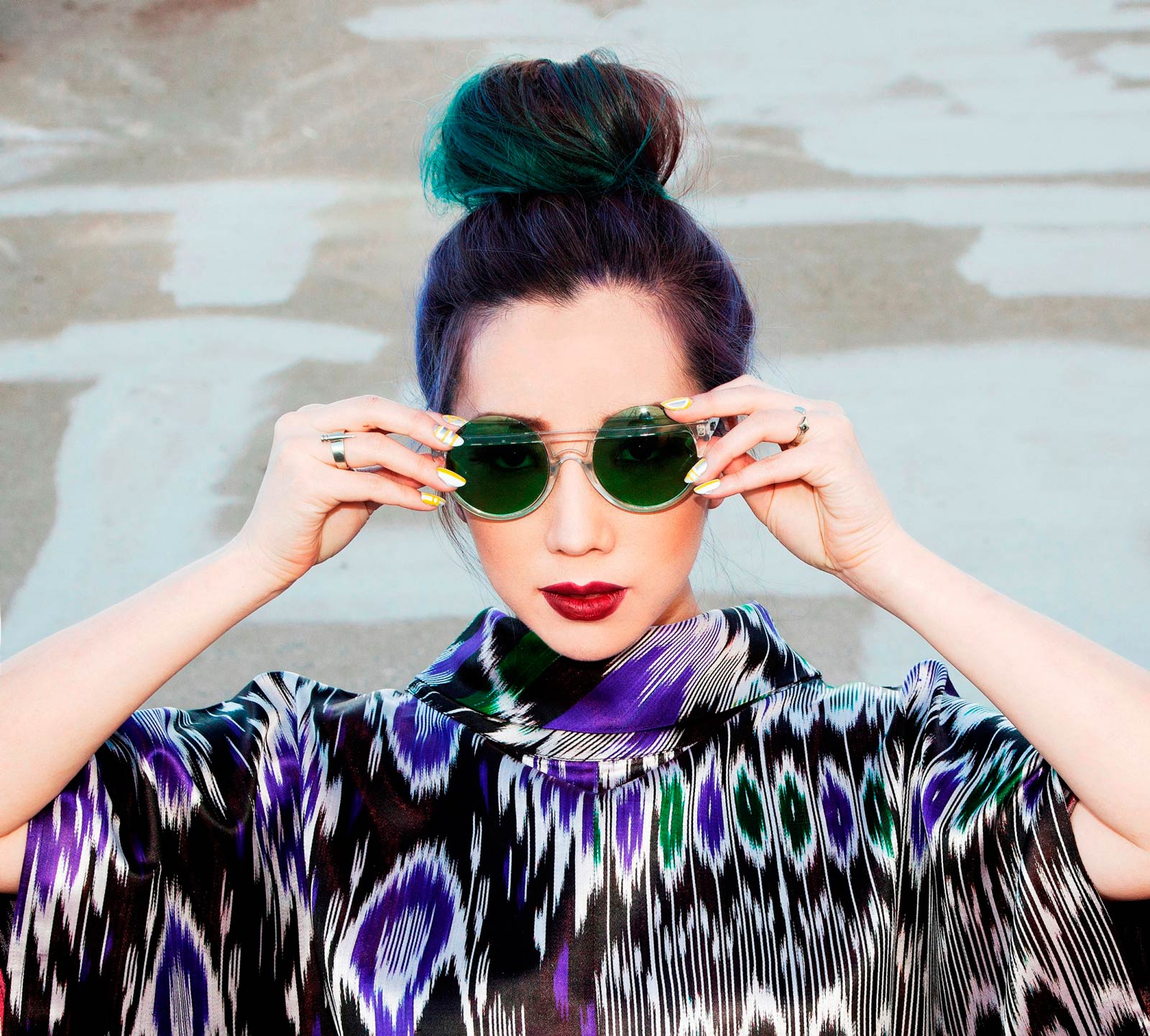 Jennifer Lee, more commonly known by her moniker TOKiMONSTA, is well-versed in the art of crafting her own unique brand of electronic hip hop. After making a name for herself while signed under Brainfeeder (founded by Flying Lotus, a pioneer in experimental beatmaking) and later on under worldwide music label Ultra Records, the artiste set out to kickstart her own passion project called Young Art Records, a platform intended to lend lesser-known artistes a hand in promoting talent that would’ve otherwise gone unnoticed. Now TOKiMONSTA is back with her latest album Lune Rouge, a musical narrative dealing with what Lee describes as “some of the most difficult and uplifting moments of [her] life.”

Known for her collaborations with MNDR, Anderson .Paak, and Gavin Turek to name a few, the planets finally aligned to allow Lee’s path to cross with our own favourite homegrown talent, Yuna. Their track, ‘Don’t Call Me’, is an electro-ambient rejection anthem brimming with witty confidence and the song – with its playful attitude and saccharine vocals – signals TOKiMONSTA’s foray into the world of pop music. Ahead of her show at The Bee, Publika this Friday, JUICE spoke to Lee over email to discuss the evolution of the L.A. beat scene, bridging the divide between genres, and her own personal connections to Malaysia.

Looking back on your journey as an artiste, how do you feel about the L.A. beat scene now that the sound seems to have taken a backseat and most of the artistes that grew out of it (like Baths and Shlohmo) have moved on stylistically? Would you say you’ve made a move to reinvent your music-making in a similar way?
I think all of us have been consistently evolving as artistes, which means we aren’t going to sound the same as we did five years ago. I don’t believe that Baths or Shlohmo made a sudden turn to end up in their current lane – I would say the same goes for me. Each project progressively moves forward in a specific direction. I think most of the artistes that came out of that beat scene are not making the same music they made in the early days.

Does it surprise you that the ‘beat’ sound never really crossed over into the mainstream (in the same way that other sounds from that time did – like dubstep)?
I think the beat sound is bigger than ever – bigger in the mainstream than dubstep at this point. Flume and Odesza are huge solo artistes for example. Cashmere Cat, Snakehips, and Kingdom are producing for huge pop artistes like Ariana Grande, Selena Gomez, and Zayn Malik.

“I think with the current open-mindedness of the modern generation, the acceptance and understanding of music is wider than ever.”

How did you go about negotiating the gap between classic hip hop heads who were averse to electronic elements in their songs, and the EDM fans who never expected hip hop to come into play in their dance music?
In 2017, that divide is not really an issue anymore. Most people (though not everyone) have learned to lift the stigma of the opposing side. I would say my classic hip hop friends have some electronic artistes they like and vice versa. I think with the current open-mindedness of the modern generation, the acceptance and understanding of music is wider than ever.

What was your time with Ultra Records like? How did being under a pseudo-major label compare to your experiences with being under Brainfeeder?
Ultra and Brainfeeder were run very similar as Brainfeeder is a sub-label of Ninjatune, which is a big indie label. They both gave me complete freedom to do whatever I wanted. Ultra was surprisingly supportive of my leftfield sound for their label.

“I didn’t choose to make music the voice of my experience.”

You’ve infused your latest release, Lune Rouge, with the story of personal challenges that you had to endure while working on the album. What was it like figuring out how to articulate that experience through music?
I think learning to articulate in general was difficult. I didn’t choose to make music the voice of my experience. More or less, the music was an outlet for me to express the difficulty I was [going through]. It became my outlet and therapy.

You’ve collaborated with a multitude of creative acts in the indie music scene. What sets the foundation for a good artistic collaboration in TOKiMONSTA’s eyes?
It’s a corny word, but ‘synergy’. Like, we bring the best of ourselves out to create something better than both of us [could have done separately].

“My time [in Malaysia] was great and I met so many cool and kind people. Then I met Yuna in L.A. and she has that same vibe – she is the epitome of cool and kind.”

What was it like working with Malaysian artiste Yuna on ‘Don’t Call Me’? Did you gather much about Malaysia from your time working together?
I have played in KL once before, so I have my own personal experience in Malaysia. My time there was great and I met so many cool and kind people. Then, I met Yuna in L.A. and she has that same vibe – she is the epitome of cool and kind.

What can fans expect when The Lune Rouge Experience makes its way to Kuala Lumpur?
I’ll be playing some of the [tracks off the] new album, lots of my previous work and remixes, and some songs I love. All my sets are a little journey that takes you all over the music sphere. I want to tell a story about all the different genres of music.

Catch TOKiMONSTA’s Kuala Lumpur show on 11 August ’17 at The Bee, Publika. For more details, check out our event post.