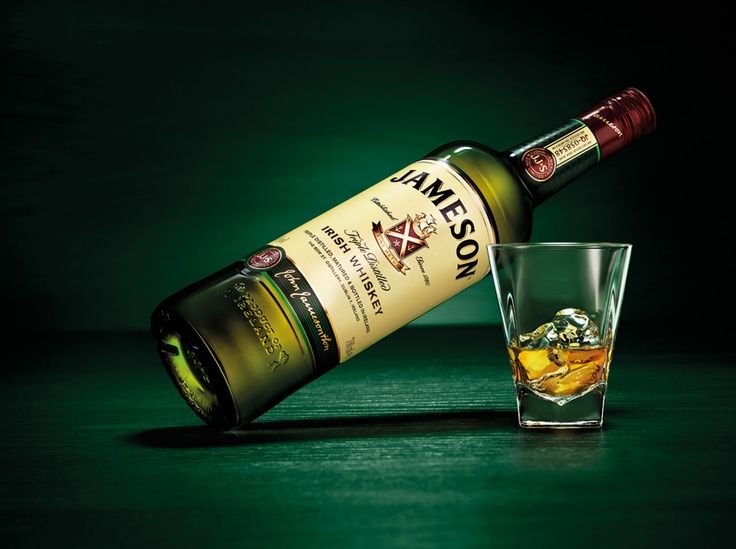 Drink it in the form of a citrusy blend with Schwepps Ginger Ale, or if you’re a man of simplicity, have it on the rocks. Heck, you can even drink it with your favourite beer, lager or stout. It’s easy to DIY, but the versatility of Jameson Irish Whiskey is credited to its rich history and a complicated brewing process that allows you to enjoy it pure. With that being said, a bottle of Jameson is perfect if you haven’t mastered the art of cocktail making – although we have a special concoction made with Jameson Irish Whiskey prepared for you. So sit down and prepare yourself for a much needed crash course on alcohol; you’re about to learn how great whiskey is made.

In 1780s Dublin, Bow Street was a hotstpot for whiskey making where over 30,000 gallons were produced yearly. It was also there where John Jameson, a sheriff clerk, set up shop to create his own brand that became the world’s number one whiskey by 1805. Whiskey soon became the second most popular spirit in the world, with rum coming in second. As Dublin became world famous for whiskey production, Jameson Irish Whiskey rose above competitors with its carefully crafted process that included fresh ingredients, and a three-step distillation process that made Jameson the whiskey it is today.

For a smooth and balanced flavour, the same process has been used for hundreds of years. Jameson Whiskey is one of the very few whiskeys in the world that combines malted and unmalted barley that is planted by farmers within a 100 miles radius in Midleton. Jameson Whiskey is prideful of locally grown goods, incorporating three key elements – barley, maize, and water, which derives from the Dungourney river, a vital landmark known as the heartbeat of every Irish whiskey for centuries. Pure Irish water aside, the non-genetically modified maize in Jameson Whisky comes from a farmer in South of France, a place with sunnier climate for fruitful crops.

Three has proven to be a magic number for Jameson Whiskey component-wise and systematically. If there’s anything Jameson is known for, it’s their signature triple distillation process that helps the liquid go down our throats smoothly. The combination of Irish pot still and grain whiskey is distilled thrice before it is left to mature beyond three years (the minimum timeframe) in imported casks that were formerly used to aid bourbon and wine fermentation. Jameson’s recipe has successfully produced easy-to-consume whiskey, putting Jameson Whiskey at third place in the world’s biggest single-distillery whiskey list.

Sharing similar Scottish roots as John Jameson himself, Kieran Crowe was trained at the Jameson distillery in Midleton. Being crowned as Jameson’s brand ambassador in 2013, Crowe carries experiences he’d gained whilst working in Italy and Vietnam, before venturing into a few other Southeast Asian countries to preach good news about Jameson Whiskey, which he recently did in Malaysia. As a result of his recent visit, you can get a taste of the world’s number one Irish whiskey in a unique form as the Scarlet O’Jameson, a specially made cocktail by the cool guys at The Locker & Loft. The fruity but strong concoction fuses fresh raspberries, lemon juice, sugar syrup, muddled ginger, and egg white for a taste that’s unique to Malaysia.

Join the Jameson family by following them here for more information and event updates.