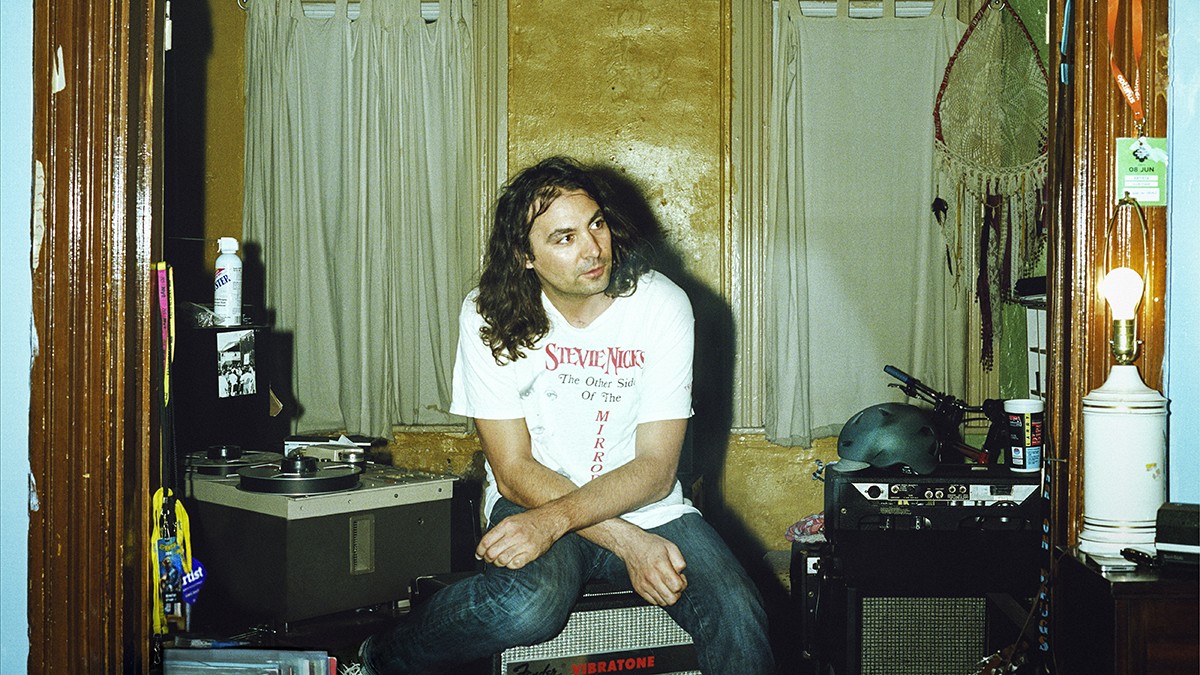 What’s in a name? Does it dictate the way a band is supposed to sound like or capture the essence of its songs? Apparently not, as singer-guitarist Adam Granduciel notes of The War on Drugs. With a disdain for pigeonholing genres and assumptions of a well-lived gutter-life; Adam (together with Kurt Vile) started the band in Philadelphia back in 2005 to create music that was “in the moment”. After 2 studio albums, the current 4-piece lineup of The War on Drugs reminded us of a psyched out American folk act when we caught them live late last year at the Hostess Club Weekender in Tokyo. JUICE sneaked backstage to have a chat with Adam on writing, reading, touring and feeling, well, successful.

How did you get the name The War On Drugs?
I don’t know, bunch of different ways I guess.

Does it have anything to do with anything political?
Nah, nothing like that.

We first heard of you guys a couple of years ago when your label sent us some stuff. We think you guys have a psychedelic leaning and at the same time you’ve got that Bruce Springsteen and Americana vibe going on. We know musicians hate to describe their own music, but would you humour us?
Guitar pop, boppery. Something for the boppers. I don’t know, we like all sorts of different music. You know, all these people nowadays are like “we are a mix of The Who, R.E.M, Nirvana, The Cure…” This is just a band that plays songs that come about real naturally. We spend a lot of time recording and enjoying working with each other. At the end of the day, it’s rock music. It’s rock n roll.

Everybody we’ve interviewed today says that touring sucks – it drains you mentally and physically. What’s the worst part of touring for you?
I personally think touring is amazing. I get home and if there’s no tour for like, two weeks, I’m like an emotional disaster. I love touring. Travelling and playing music is the best thing that has happened to me.

Do you see yourself ever stopping?
Yeah, I think so. I think there would come a time where I would probably stop it for a little bit. I don’t know what I’ll be like in, you know, 30 years. Everyone is built differently. We had a ton of touring and we had a few weeks off and then flew here. Last night I was like, just confused about playing at this point. As long as you’re still surrounded by people who still want to be doing it, it should be a great experience.

What would you say most of your songs are about?
I don’t know. I think they’re just ‘in the moment’, I don’t really over-think it at all. I don’t have an idea and immediately act on it and write a song about it. They take a little bit longer and they’re a little bit more like a snapshot of the way I’m feeling on that day or the week or the month. I don’t think I can just go into the studio and just record 12 songs and then put it out. I always kind of act in the moment and then rethink a few little things, and change things up.

We’re looking for reading material for the plane ride back. Do you have anything to recommend?
Probably my favourite author is Raymond Carver, an American writer who writes mostly short stories; drinking buddies with Charles Bukowski. I don’t know what it is because his characters all live in this like wealthy middle-class, but are educated and kind of doomed in the same way. A lot of alcoholics, infidelity, drugs, which is not really a place where I came from as a kid. His writing has always been really intense to me. I’ve always liked short stories better.

You said that it’s not exactly the environment you came from but you sort of relate to it?
Yeah, it’s the way that he puts himself in a lot of that stuff. They made a movie called Shortcuts which pretty much took a lot of his stories and put it into one feature length film. It came out in the mid 90s. Also guys like Gregory Korso who I got really into when I was 19 or 20 years old. I also like Kerouac.

Did On The Road inspire you to tour?
Oh yeah, definitely. I read that when I was 17 or 18 years old. Read it again when I was like 22. I did a lot of travelling when I was that age across America, a little bit in Europe. Moved away to California then I took the train from California all around the country. Great time to be alive and be doing that. That was kind of when I started taking music more seriously.

So around then did you know that was what you wanted to do with your life? To be a full time musician?
I think so. I don’t think I knew enough about what that meant. When I started playing guitar at 14, I knew that’s what I wanted to do. I was never really in a scene as a kid. I did go to shows but not in the way that others may have. I just knew that I loved music and I loved playing the guitar.

Do you recall your first ever performance on stage with the band?
Yeah, I was like 15. I played in a band in high school. We had a lot of originals. We did one cover, I forgot what the cover was. But yeah, it’s in my head all the time.

Do you think there’s room to add more instruments into the band?
The way that we’ve made records is, we’re never really too concerned about how we’re going to play it or what we’re going to do to play these stuff. It’s just a matter of recording. Some of the songs have like five different guitars on them. It doesn’t mean that we need to have five guitar players. We’ve been travelling now for pretty much a year and a half to two years on this record. We’ve all gotten so much better. I’ll just say, I’ve become a better guitar player. So I think the next record will probably be a lot of guitars, in a good way. Just a lot of different kind of playing. Now I’m just being a little more picky about my songs and my songwriting, making sure the songs are as good as they can be.

What’s the first thing you’re going to do when you got back to the States?
We fly 20 hours to Philadelphia and then the next day, drive to my parents’ house for Thanksgiving. After that, probably start working on music.

Is it a right of passage for young Americans to go through that phase of self discovery and experiment with drugs?
Maybe, yeah.

What would’ve been your party favour of choice?
Probably just cigarettes.

Any weird or bizarre stories you could relate to us about that particular point in life?
So many weird stories. A lot, you know. Couple of years I don’t remember much about.

If you could travel back in time to when you were 19, what would you have told yourself?
I’d probably just say “wait it out”. There’s a lot of time, you know. These things happen, you just make these little connections and keep following your heart, it sounds cheesy but it’s true. Not only career-wise but musically, and as a human with friends. I’m pleased with the way things have worked out.

It’s kind of a no-brainer, but do you feel like a successful person right now?
Not especially. But, I feel like a fulfilled musician. I’ve achieved a certain comfort of knowing that I’m pretty confident of what we’ve portrayed as a band when we play. I feel fortunate. I don’t really think of myself as a musical success, but more of a career success.

More on the band at www.thewarondrugs.net.