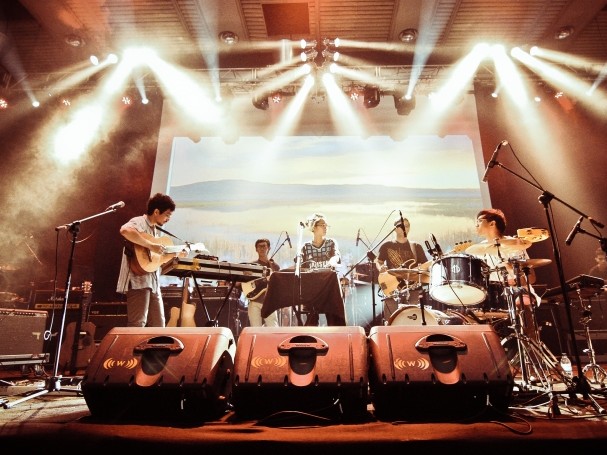 Indonesian band The Trees and The Wild has a cultish fan base and it’s proven in the band’s crowd funding for their European tour that enabled them to cover their flight fares. The ferocity of this devotion is fanned by the band’s songs that strike at the heart; The Trees and The Wild are capable of both the gentle and the tender (‘Empati Tamako’) as well as the louder, amped-up variant of dream pop (‘Saija’), but all in all, they’re all performed with the utmost heartfelt earnestness. Folky, ambient, with some post-rock inclination, they make music with all the tropes of those genres plus an acute acumen for pop accessibility. Brought to you by The Wknd Sessions, Soundscape Records, and The Bee, Publika, the band will be heading here on Thursday 15 September ‘16 for a show to ensure a night where we feel all the feels.

The band has also recently announced that their new album Zaman, Zaman will be released on Friday 16 September ’16 – a day after their live show in KL. Here’s hoping the KL show will see early copies of the LP! Below is the video for their titular first single: