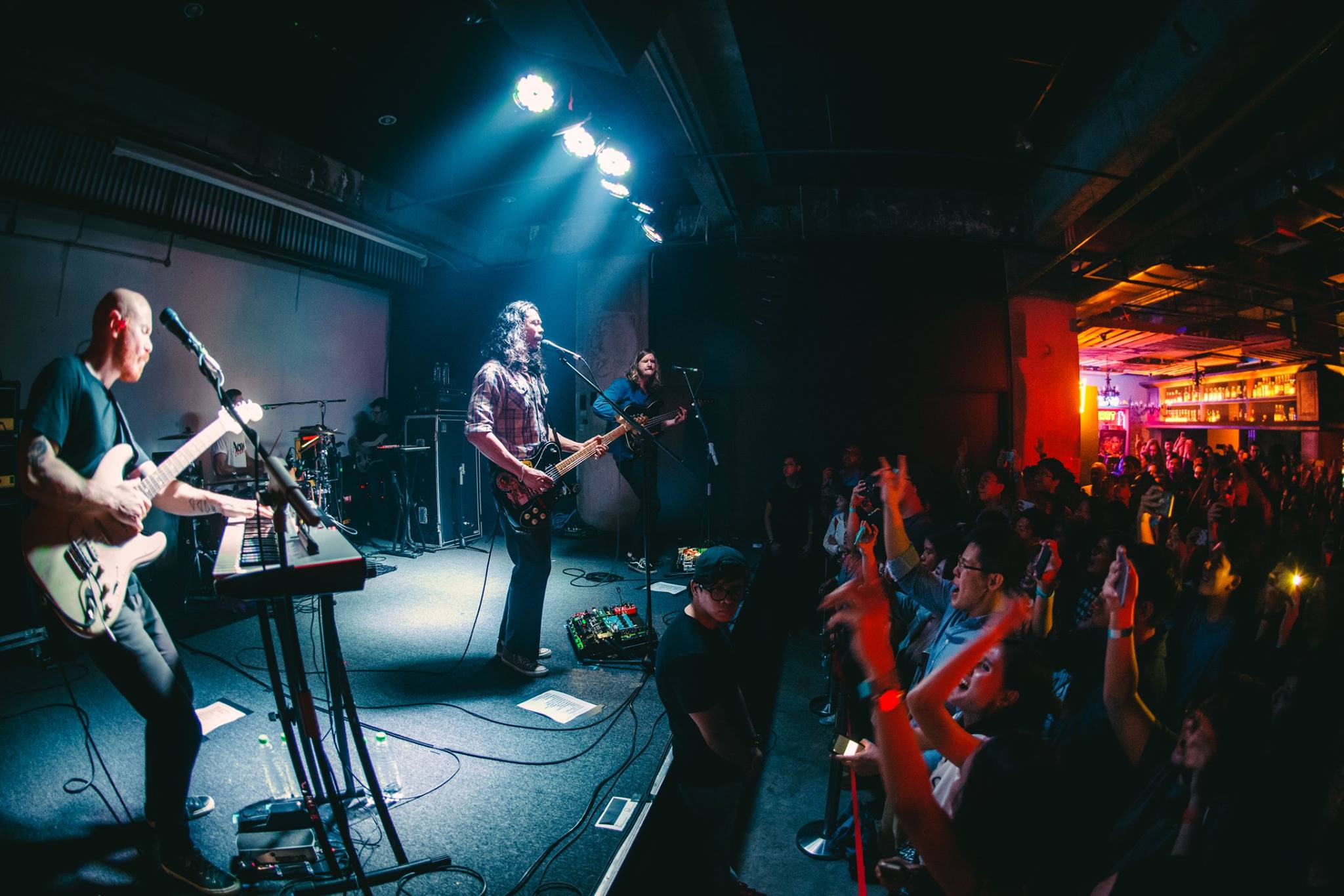 Brought to us by Upfront, Australian band The Temper Track was back to our shores for a smaller set that promised fans a more intimate experience at the revamped space of The Bee, Publika. A lot was discussed in JUICE‘s encounter with the band’s frontman last year, but the guys have always stayed grounded, continuously bringing us albums that never disappoint. After the release of their record Thick as Thieves last year and moments before they got up the stage on Thursday 9 March, we caught up with all members of the band for some small talk, asking them about some of that Malaysian love and the tinier setting that they were about to perform in.

We watched you guys perform at Good Vibes Festival last year, and prior to that you performed at Future Music Festival Asia as well. How does it feel knowing that Malaysians want you back here again?
Dougy It’s nice to be loved. We heard the show sold out real quick, that’s really cool.

We even made a competition for you guys and people participated by covering your songs.
D Oh yeah? That’s cool, I’d like to hear it.

Since you guys have been in KL a few times. What are some of your fondest memories?
Joseph When we came here the first time, we made some friends and they took us out to Batu Caves, which was kind of an amazing experience. We got some food as well I think.
Toby Yeah, actually there’s a friend of mine who owns a restaurant in this building here called Meat The Porkers, which I think I’ve tried. He’s always good with taking us to local spots. His family is of Indian descent, so we got to hit up the cool Indian areas in KL – it’s such an amazing city. I love how the Malay, the Chinese, and the Indian influences, also the coming together. Flavoured country.

Did you guys get attacked by monkeys at Batu Caves?
J Oh yeah, it was scary. Toby got um… a monkey stole his bottle of milk.
Jonathon Aherne Yeah, that was scary. They stole our offerings.
(laughs)
T Yeah I had to put them under my shirt because they were stalking all around.
D We also got taken to the Petronas Towers, a few places to eat, that kinda thing.

Thick as Thieves has a very big sound, something that would sound remarkable in stadiums. A lot of your songs have this beautiful progression. But when you compress those sounds into acoustic versions like what you did with some of the songs on your self-titled album, they become very intimate. Is that something we can expect to have tonight or in the future?
D I mean, have you seen the room? It’s gonna be intimate (laughs). It’s gonna be loud and intimate, but it’s still gonna be intimate, but no acoustic guitars.

Dougy, you mentioned that you’re highly inspired by Kevin of Tame Impala and how they make songs based on pure self-expression. Are you guys like that? Or is the process less random?
D Ah, nah, I wish it was a little bit more like that but you know, sometimes it is – but you know, that’s just an assumption of mine, I have no idea. I’ve never asked him how he writes but it seems to me like he kinda just does whatever he wants.

Really? The latest album?
D Yeah! I don’t know if that’s new anymore but yeah it’s really good.
J Well, I haven’t really been listening to anything new but I have been listening to this collection of music from Alan Lomax, who basically travelled the world but specifically in America as well, documenting blues musicians and slave songs, kind of like the roots of the blues before it was developed, when it was still just chanting music. He just basically documented that and has a massive collection of songs that are really interesting. And it’s refreshing to hear music [like that] in an age where everything is like sort of polished and kind of predictable in a way.
T I’ve been listening to a lot of instrumental music and soundtracks personally. There’s a composer called Jóhann Jóhannsson. Yeah, he’s done some three or four films in the past five years that are pretty mind blowing.
T Arrival, Sicario. He works with Denis Villeneuve a lot.
D Is it that Icelandic guy?
T I don’t know, I can’t remember what country he’s from.

The Temper Trap playedt The Bee, Publika on Thursday 9 March ’17 as part of the Upfront series.

For more news on the band’s upcoming music and shows, follow them here.