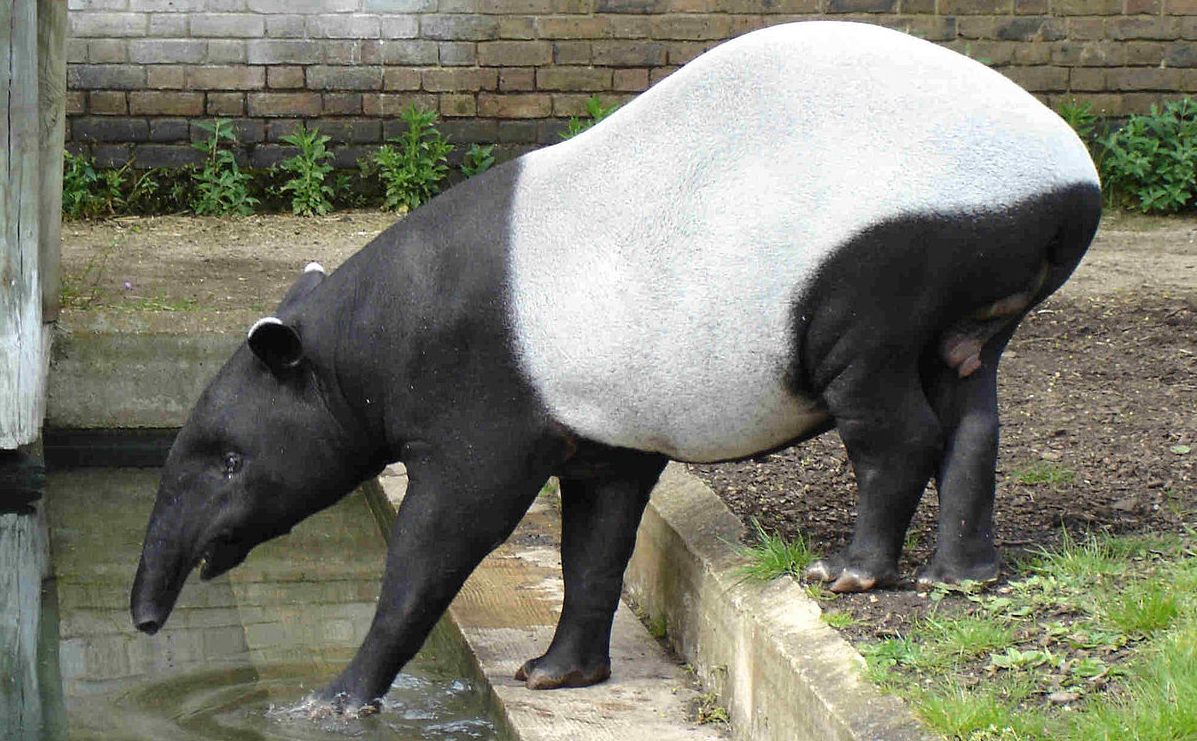 Yesterday, a Malaysian Facebook user posted some pictures and even a video of an endangered tapir getting captured by authorities. It was stated that the JPAM (Malaysian Civil Defence Force) and the BOMBA (Fire and Rescue Department of Malaysia) were called in to help rescue the gentle herbivore animal.

In a media release by PERHILITAN (The Department of Wildlife & National Parks), it’s stated that the tapir lost its way and fell into a sewage drain in Hulu Langat, Selangor. When the authorities came, they used what netizens had deemed inhumane and forceful methods – three ropes were tied to the body and neck of the tapir. This causes the tapir to panic, yet the BOMBA continued to forcefully pull the animal into the firetruck. Soon after, the animal died. PERHILITAN stated that the tapir probably died of the rope on the neck and stress of trying to escape.

That’s not even the worst part. Apparently, the carcass was left there unattended, which led to the mutilation of the skin, ears, right foot, and even the trunk. PERHILITAN is opening an investigation to find out who the responsible savages were.

Obviously people are outraged with the mistreatment of the tapir:

they handled that tapir as if it isn’t a sentient being. sickos. https://t.co/3b1nV4dmBw

Wildlife wandering into areas with humans & being attacked isn’t new. Remember these animals are more scared of you. https://t.co/Yo1nLb0wSe

ZoologiMY – a twiter account that aims to promote, raise awareness, and educate the public on the importance of conservation in Malaysia – created a Twitter thread about the whole situation. They urged the public to call up PERHILITAN if the issue is regarding animal wildlife and to not blame BOMBA or JPAM as they probably don’t have the standard operation procedure for this sort of cases. Some might say PERHILITAN is a bit slow, but we have to remember that they have limited manpower and resources. So in order for them to act quickly, ZoologiMY encourages the public to report cases like this straight away.