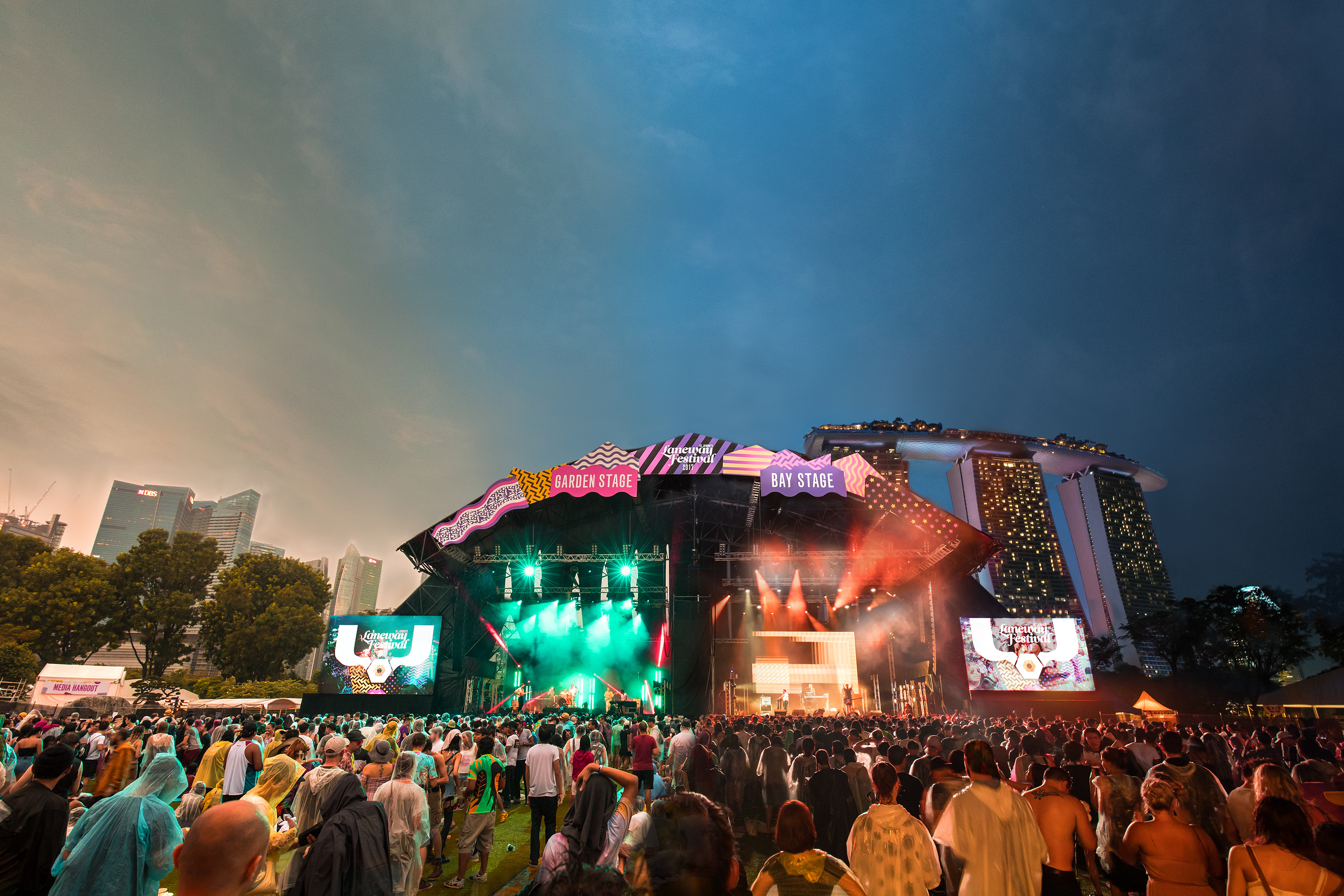 It’s no easy feat to consistently churn out great performers for a music event, but St. Jerome’s Laneway Festival has continuously outshone themselves year after year – 2018’s edition is no exception to that testimony. Originally from the land down under, Laneway has cruised its way smoothly to the sunny shores of Singapore and has been steadily growing along with their crowd size. Carrying a reputation as “the place to discover new music” by Coconuts Singapore, Laneway‘s 8th upcoming edition is as impressive as it gets – with only the best new and establish live acts you’ve been eager to witness in this part of the world.

Working hard to keep up with the hype, the festival returns with 15 international names that range from indie gems to Grammy-nominated stars. Prepare to scream internally with the unveiling of their full lineup down below (in alphabetical order).

New Zealander Aldous Harding is set to bring her talent, tenacity, and shrewd wit on stage via songs like ‘Party’ and ‘Horizon’ – where her haunting vocals are best showcased. Her live performances have been described by spectators as bewitching, a true artiste that will bear her soul on stage for a show we shan’t miss.

Amy Shark’s single ‘Adore’ didn’t just hit 25 million streams upon its initial upload, it was also called a life-changer by actress Lena Dunham. She later on continued to win the hearts of her fellow Australians, leading to a sold-out national tour that can only prove that the Gold Coast native is a force to be reckoned with.

A genre-bending master that can sing, write, and produce, Anderson .Paak and the Free Nationals are an honourable inclusion to the lineup. There’s nothing the man can’t do in the musical realm, so look forward to an energetic yet soulful rendition of his best singles and songs from the ingenious Malibu record.

Billie Eilish might be 16-years-old in her physical form, but the girl sure has a mature soul and outlook in life. With her tangerine vocals and inimitable style, there’s no surprise that she’ll blow the crowd’s minds with her SoundCloud hit ‘Ocean Eyes’, as well as the rest of her self-written stellar pop numbers.

UK producer Bonobo is a crowd favourite, which makes him an exciting addition to the line up of alternative indie and r’n’b performers. Known as one of the best and prolific electronic producers around, his expertise lies in taking listeners to a journey above and beyond. Just listen to ‘No Reason’ to know why.

Bound to be your next woke bae, Josh Tillman – or better known as Father John Misty – proved once again that he’s more than just the former Fleet Foxes drummer and mysterious singer-songwriter in his recent album Pure Comedy. It’s where FJM’s sincere yet sarcastic voice shines, a uniquely complex figure in the music industry.

At only 22, Loyle Carner’s success is justified by his undeniable talent in making raw and poetic music, opening doors to many other young musicians to follow his beautifully sentimental approach in the hip hop genre. His debut Yesterday’s Gone is an album that speaks for itself; and we can’t wait to hear it live on stage.

Dubbed as “the richest bum” by Rolling Stones, Mac Demarco isn’t much of a slacker after all since he’s been releasing one record a year for the past half decade on his own. There’s a charming authenticity to him as both a person and musician, so his return to the Laneway stage makes him a definite highlight of the show.

Nothing much has been said about Moses Sumney, but recognition is already building up after the release of his debut album Aromanticism in September – no surprise since his angelic voice and emotionally-driven music are the type to linger in the air upon listen. Check out ‘Plastic’ and ‘Quarrel’ to fall deeper into his art.

The evergreen Slowdive returns with a bang after a 22-year-long hiatus with the eponymous Slowdive record, establishing themselves as a band that moves through different eras while maintaining their dream pop aka shoegaze genre that both old and newer fans can appreciate.

What’s a festival without a sweaty and jumpy crowd? That’s precisely what electro-pop duo Sylvan Esso are for, and we’re more than keen to put on our groove on to the beat of ‘Hey Mami’ and ‘Die Young’. Expect them to liven up the crowd with their poppy jams as well as their wacky lyrics.

Individually, they’re nothing short of amazing. But together as The Internet is when they come into perfect unison, bubbling with creativity and passion to create stunning r’n’b records like the Grammy-nominated Ego Death. A big act to look out for, the band is set to return to Laneway Festival Singapore with only the best.

The War On Drugs

Laneway has expressed their desire to have Philadelphia-based band The War On Drugs for a while now, and to their delight (also longtime fans), the band is finally here to perform signature songs off their iconic masterpieces of albums. Catch them live to know why the New Yorker calls them as the best ‘American rock’ band of the decade.

Last but not least is Wolf Alice, an alternative rock band that is expected to be a standout act for their blend of indie, folk, and grunge. Hum along to the nostalgic words in ‘Bros’ from their iconic record My Love Is Cool, or shout the lyrics to their latest single ‘Don’t Delete The Kisses’ out loud.

Happening at The Meadow, Gardens by the Bay, get your tickets here or make your way to the official website for more news on the festival.

Watch this space for more updates, as we’ve got a surprise for our readers in the next few weeks (hint: something free is on your way).