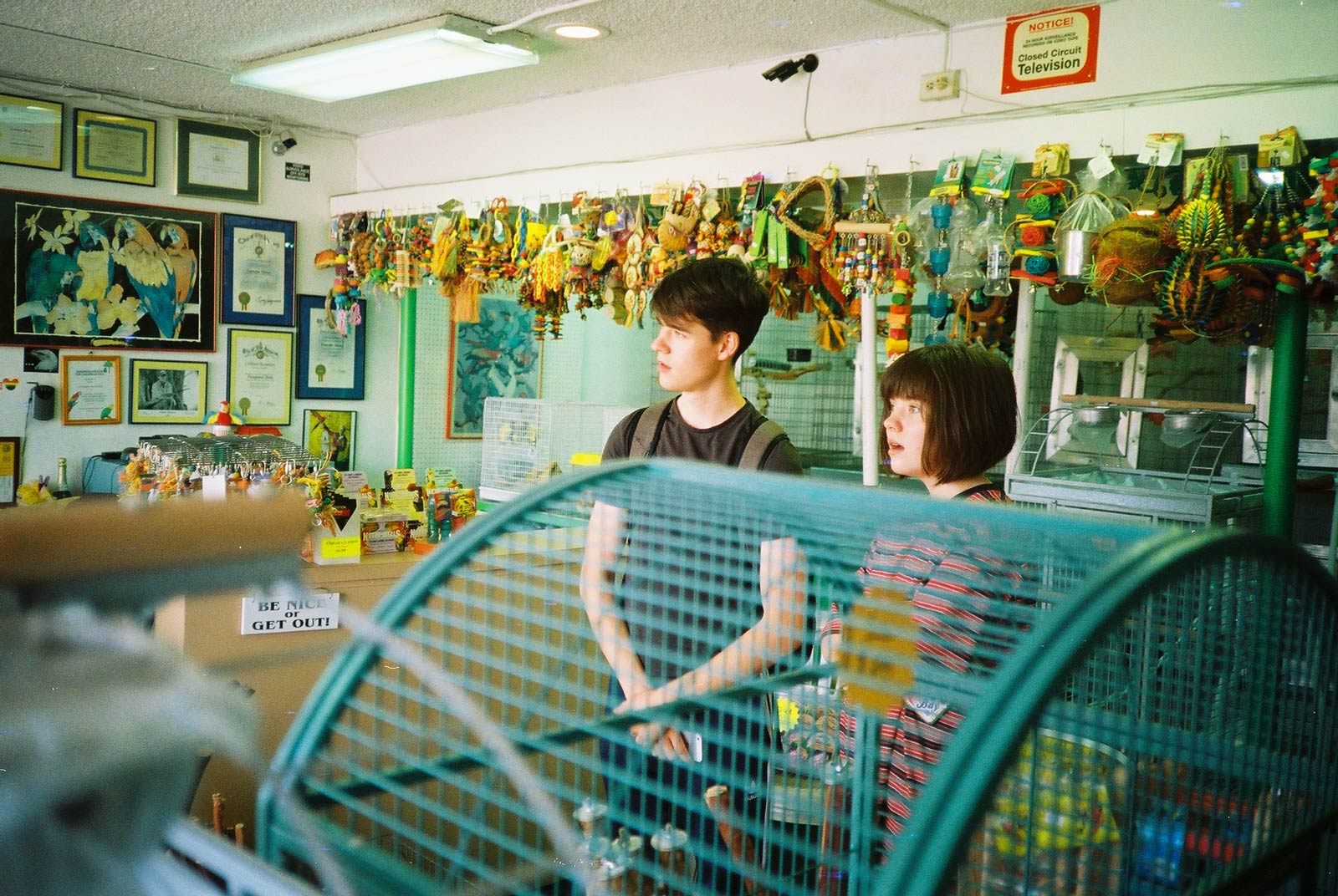 Sibling duo Tennyson, Luke and Tess Pretty, has been making music since they were kids – (though they’ve only grown into young adults recently) – reportedly busking in Edmonton, Canada at the tender age of seven and nine. Luke’s prodigal music talent were put on record even at the tender age of 12, having had made two jazz albums by then. It wasn’t until he discovered Aphex Twin that the band we know today as Tennyson came into inception. Now firmly belonging in the realm of live electronic music, the brother-sister band makes songs that sit comfortably somewhere in-between the sort of twinkly bass music made popular by Hemmy and the LA beat scene while keeping their jazz background still intact, improvisational quality and all; just listen to the whimsy of their 2015 EP, Like What. Kuala Lumpur saw that trait performed live last Saturday 18 March thanks to The Bee’s Upfront series. JUICE, as usual, managed to catch both siblings for a quickie…

Luke, we read that you’d convert images to sound, and that it’d result in similar frequencies. Have you expanded on that little experiment?
Luke Converting an image of say a field of clovers to frequencies, won’t sound much different from an image of alphabet soup – like swimming in a pool of car keys. The better approach is representing the experience of alphabet soup in a melody.

You would feel ‘terrorised’ by an unfinished song, to the point you’d dream about it. Now having released more music and being more experienced, do you still feel the same?
L I’m definitely less ‘terrorised’ by the songs lately. I’ve been collecting different ways to get through roadblocks. Not as cool as dreams, but if I’m dreaming about it, it’s because I’ve been labouring over it for too long.

We understand that what separated both your rooms was a barn-door hatch and that was your window which you’d communicate through when you were younger. How do you consult your sister now and do you still make most of your music in your bedroom?
L The barn door window is still fully functional, haha! And yes, my bedroom continues to be the most comfortable place to work.

What it’s like going from making jazz albums at the age of 12 to doing an electronic record by 16?
L It helped with learning how to use the programmes, and also a style of using the programmes that doesn’t really resemble the circulating knowledge of YouTube tutorials.

Tess, how do you translate Luke’s production into live drumming?
Tess Learning the drum parts is like having a confusing robot teacher. Learning Tennyson songs at first was kind of like unlearning what I knew, and learning how to play again but in a completely different way.

Besides crawling under tables and watching Barney together (which just so happens to be one of your musical inspirations), what are some of the more prominent memories that you’ve shared when you were younger?
T Eating graham crackers with butter and watching Sailor Moon. Halloween was always my favourite – Luke and I went trick or treating and we wouldn’t stop until our pillowcases were full of candy.

Do you guys have a set direction of where Tennyson should go next musically?
L I always have an idea of what direction I’d like to take, but when it actually comes to the writing, it’ll end up sounding like whatever it ends up sounding like. It’s actually really hard to interfere with the music’s evolution.

Okay, last one – three albums that influenced Tennyson and why.
L Aphex Twin’s Come to Daddy – hearing two songs on this album, ‘Flim’ and ‘IZ-US’, was the reason I first tried to write electronic music. Björk’s Homogenic – finding out about Björk changed everything, not just for the music, but for my soul. James Blake’s Overgrown – responsible for a brain-rewiring period that changed my entire approach. The boundaries of sound turned limitless and exciting.

Watch Tennyson talk about their awkward high school memories, the dreaded Canuck dish bannock, and their apathy for politics below:

Upfront Pres. Tennyson went down on Saturday 18 March ’17 at The Bee, Publika.