According to an exclusive by The Sun Daily, a Malaysian private school teacher has lodged a police report on 8 May claiming that he was a victim of power abuse by the police. He stated he would never have the same safe feeling in the presence of policemen after the traumatising experience.

This case has now been taken up by the Malaysian Anti-Corruption Commission (MACC) and federal police. The case includes details on how the patrol police chased, assaulted, held the teacher at gunpoint, and extorted more than RM8,000 from him.

The anonymous 55-year old man told The Sun Daily that it all happened on 4th May at four in the morning when he was driving his 27-year old female relative to her home near the Jelatek LRT station, off Jalan Ampang. While parking in his car, several men showed up and pointed their torchlights at the teacher’s and the teacher’s relative’s faces while shouting and ordering them to step out of the vehicle.

As the carpark was dark and isolated, the teacher thought the group of men were thugs and tried to make a run for it. A chase ensued. The teacher only realised that the five men pursuing him on motorcycles were policemen in uniform once he was nearing the Gleneagles Hospital at Jalan Ampang. As he still had some suspicion, he asked the policemen to met him up at the Ampang Jaya district police headquarters. That’s when the situation turned into a nightmare as one police officer decided to draw out his gun, pointing at the teacher’s face.

Terrified, the teacher quickly pulled over and was surrounded by the policemen. According to his statement in The Sun Daily, he said, “They kicked my car door until it dented. When I stepped out of the car, the assault began. I was kicked in the abdomen and smacked on the head several times while they swore at me. On seeing this, my relative was shaking in fear and started having breathing difficulties. Only then did the police stop hitting me. I begged the policemen to call for an ambulance or send her to the nearby hospital but they ignored me.”

He continued by stating that while the police ransacked his car, one cop accused him of trying to run them down with his vehicle. The policeman even warned that he could shoot the teacher. The teacher said although the accusations are not true, he was extremely terrified at the sight of the armed policeman and begged them for mercy.

Bribery came along soon after, when the five officers demanded RM10,000 to “settle” the matter and release him. Fearing for his life, he followed orders and asked his relative to loan him the cash as he didn’t have enough money. Since her bank debit card was not with her, escorted by the police, they drove to her house and collected the card.

The teacher who is married with five children and lives in Ampang then stated that he and his relative were led to five different bank branches in Ampang Jaya, Pudu, and Cheras where cash withdrawals were made at ATM machines.

“We could only raise RM8,000 from the withdrawals and then we were taken to a secluded spot near the Metro Mall in Pudu where the cops demanded I hand over the cash to them. At the place, I saw two young men being beaten up by the other policemen. A policeman then told me that I was lucky as the two young men had been caught to ‘replace’ me and my relative.”

It is believed that the policeman had meant that the two men will be produced to his superiors as the ones held instead of the teacher and his relative. When checking his own car after the whole ordeal, he noticed that RM550 cash was missing from his glove compartment. The teacher had kept the cash there to pay for his insurance policy.

After making a police report of this incident on 8 May, one of the five policemen that were involved called him up and asked him to retract his report. The victim claimed that they were willing to pay up to RM10,000 to resolve the matter.

“The police are supposed to protect the public but these policemen had behaved worse than robbers and snatch thieves”, the victim added.

“Pointing a handgun and extorting are criminal offences. This will be investigated by the CID. JIPS will probe the personnel for non-compliance of work procedures and power abuse,” he told The Sun Daily yesterday.

This horrific alleged case comes at a crucial time as the Independent Police Complaints and Misconduct Commission (IPCMC) has been established on 10 May, according to The Star. In fact, this new development is one of the reasons why the victim spoke up.

The teacher stated that, “I want justice and also support the government’s move to form the IPCMC to address such atrocities.”

Newly-appointed Inspector-General of Police (IGP) Datuk Seri Abdul Hamid Bador has gained prominence through such efforts and for announcing the PDRM’s agreement to the IPCMC after years of resistance.

The IGP also reiterated to The Sun Daily today that he was not tolerate rogue policemen. “I have heard a lot of stories about policemen extorting money from the public, including foreigners,” he said. “It pains my heart. I am filled with sadness when I listened to how the victims, more often than not foreign workers, losing their hard-earned money to these ‘uniformed robbers’.

“I am tough on all offenders and they should know that crime does not pay. We will not spare them of harsh action if we catch them committing such serious crimes.”

In simple words, IPCMC will hold policemen who abuse their powers accountable if the PDRM does not take action themselves.

President of IPCMC, Abdul Fareed Abdul Gafoor, said that, “The PDRM can rest assured that all upright and law-abiding police personnel who have committed no offence have nothing to fear from the IPCMC.” The crossover we didn’t expect. 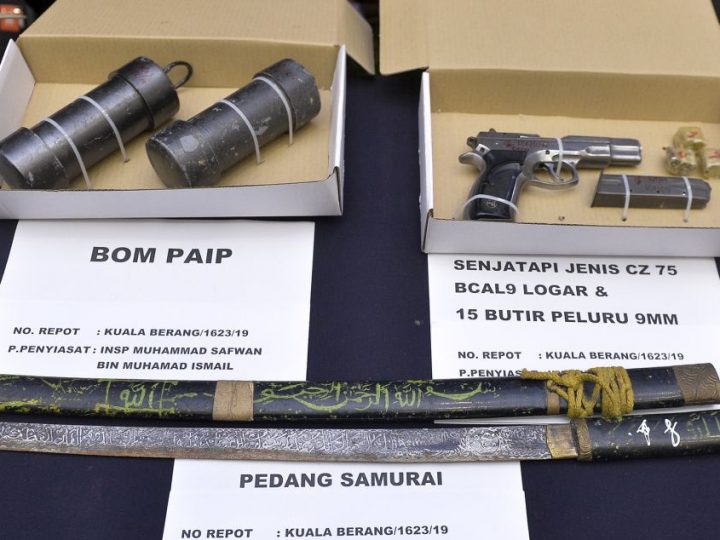 Ramadhan is supposed to be peaceful y’all