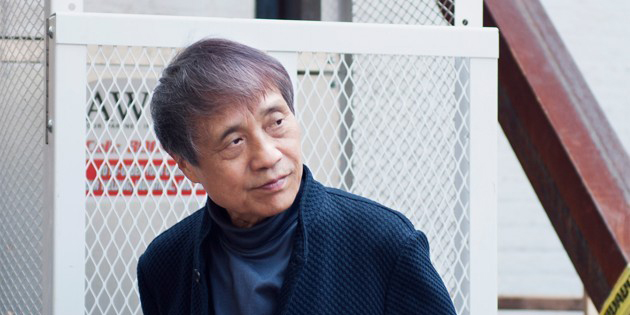 Many find a sanctuary in architectural maestro Tadao Ando’s work, namely some of his most famous projects such as the Church of the Light in Osaka and the Naoshima Contemporary Art Museum. Concrete is his weapon of choice – being the focal point for his structures, he’s given the commonly hidden building block material a seldom chance to shine. His art and precision in utilising natural light combined with designs revolving around concrete and glass is unmatched, as this discerning quality was exactly what awarded him the Pritzker Prize in 1995.

Tadao Ando’s motive lies in transforming such a monotonous core substance like concrete into astonishing works, but the architectural concrete required for his projects have a special recipe of its own. Contrary to popular belief, concrete if used to take a main stage of a structure isn’t easy to work with, and that challenge is exactly what attracted Ando. The former boxer has discovered that when it comes to experimenting with concrete, the devil is in the details.

New York-based development firm Sumaida + Khurana, who worked with Tadao Ando on his 152 Elizabeth design, called it “a fight” to keep concrete looking flawless. The team practised pouring cement for 18 months before the project. When it was due, “several trucks” of mixed concrete were still rejected for failing to meet the project’s prerequisites. And that’s putting aside tedious concrete pouring complete with monitoring by inspectors, not to mention heaters brought in to nurse hypersensitive concrete. The intensity of the project has built some doubt in Ando who has hinted to co-founder Khurana about possibly retiring the 152 Elizabeth as his last showcase of concrete-centred designs, calling the 152 Elizabeth his jewel.

Known among other architects for his reformation on simple concrete, the esteemed architect wanted to create a space with a material that’s familiar and easily accessible to everyone. Which in the case of concrete, it can be made from all over the world.

While the healthy 75-year-old’s hair has taken the colour of concrete, he has no plans of stopping his career of 50 years and counting. In fact, he’s still managing projects from all over the world. His name is well recognised within a ring of celebrity designers such as Karl Lagerfeld and Giorgio Armani.

Dimly illuminated by sunlight streaming through the partition of the wall, the Church of the Light resonates a similar quiet and meditative ambiance present in his other works. The smooth unpainted cuts of concrete provide a contrasting statement of the raw structure to its environment. Wherever Ando’s creations sit, whether among urban or natural landscapes, it’s sure to captivate all who visit them.