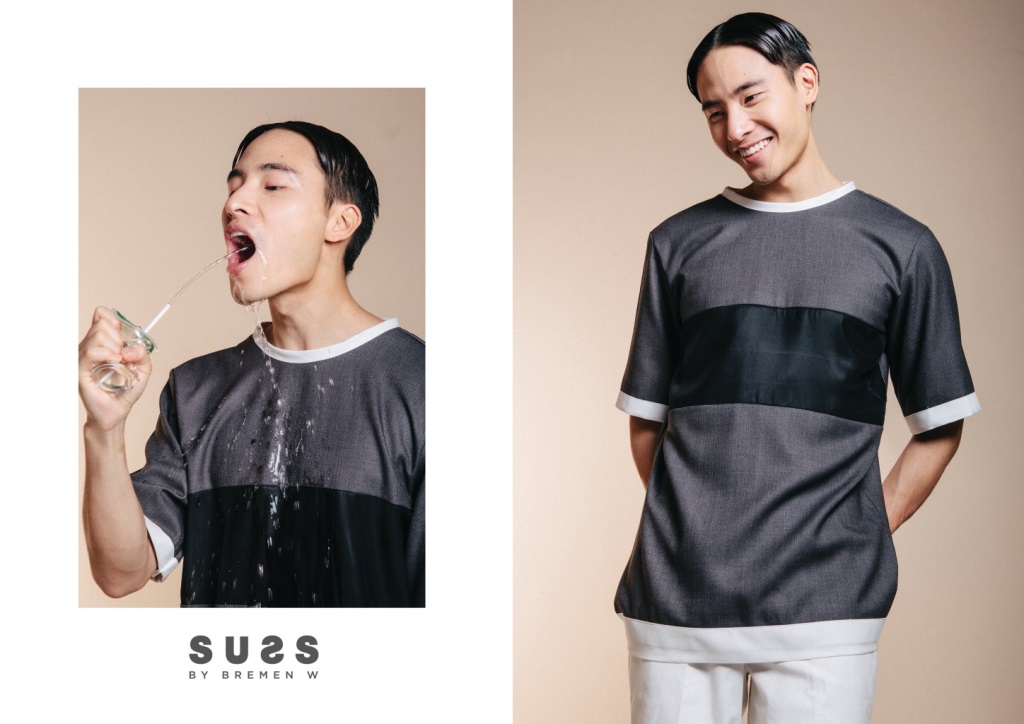 If you haven’t heard of Bremen Wong, it is safe to surmise him as the local fashion industry’s answer to the UK’s revered milliner of the royals and the stars, Philip Treacy. He has come a long way having since quitted his stable job at Carrefour as the textile business development manager to start his own business at a bazaar; his customers gravitated towards his uniquely made head accessories and it prompted him to pursue his millinery seriously. His larger-than-life creations can be seen on the crowns of models walking for designers such as Alvin Tay and Carven Ong, as well as on the international runways.

SUSS by Bremen Wong is his first foray into menswear as he serves as the Creative Director of the line, along with Afiq M as his chief designer who’s also a first-time menswear designer. The streamline collection — titled ‘If Walls Could Talk’ — draws from Bremen’s own rebellious experience of fluctuating past careers to eventually arriving at his current status as a successful designer. The ready-to-wear collection contains a variety of basic, staple pieces made from light, breathable fabric such as cotton, linen, and fashion’s material of the moment — neoprene.

The lookbook moves from the impish to the hard and severe, we really dig it, check it out below:

SUSS by Bremen Wong is available at SUSS (No. 19-2, Jalan PJU 5/13, Dataran Sunway, Kota Damansara) alongside other designer brands such as HIDE, Maatin Shakir, and Villiam Ooi.