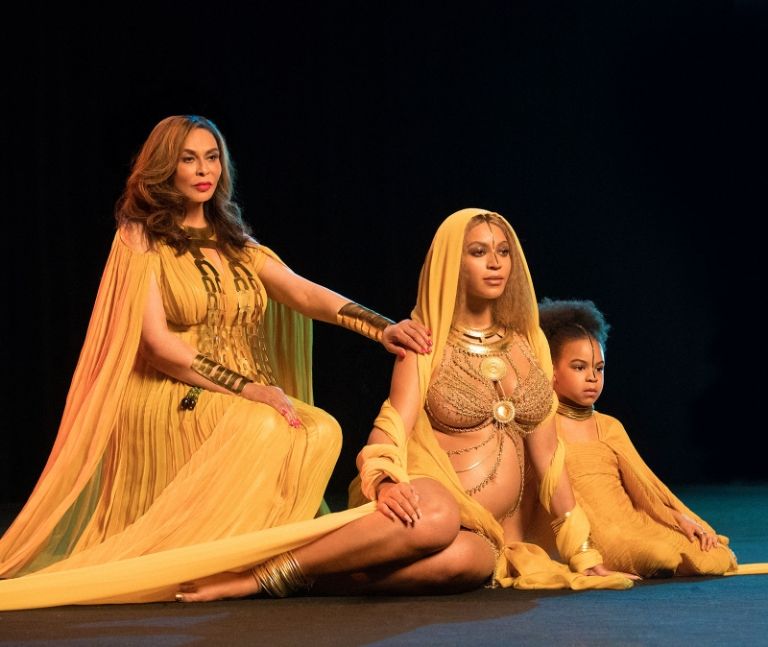 To quote Regina George’s mum in the iconic 2004 teen movie Mean Girls, “I’m not a regular mum, I’m a cool mum.” These are the women who gave birth and raised some of the most influential people on this Earth (kudos to them). They’ve graced red carpets as their famous child’s date, hung out at the glitziest places, and made a couple of appearances online – proofs that mums are indeed the best person to chill with sometimes. We’ve got rock stars, pop idols, actors, and just about anyone who’s tight with mum dearest to remind you that no one else in the world can help keep your feet on the ground like mommas do.

Cool mum fun fact: Mother of Foo Fighters frontman penned a book titled From Cradle to Stage: Stories from the Mothers Who Rocked and Raised Rock Stars, a book that documented her experience as a rock star’s mum. She wasn’t the only mother in the book, Virginia even interviewed mothers of other stars like Janis Winehouse (Amy Winehouse) and Verna Griffin (Dr. Dre) to name a few.

Cool mum fun fact: Besides mothering the man behind the world’s number one karaoke song ‘Living on a Prayer’, Carol Sharkey was once a model and one of the first few Playboy bunnies. To add to the wow factor, she also worked as a florist before going into the U.S. Marines. As if raising her son wasn’t enough, guess who ran Jon Bon Jovi’s fan club? Yup, his mum.

Cool mum fun fact: Mother of Princess Leia and star of the musical classic Singin’ in the Rain. Their mother-daughter bond was so strong that they even had a documentary called Bright Lights together. It’s a known fact that after Carrie died, Debbie wanted to join her daughter so badly that her last words were, “I miss her so much, I want to be with Carrie.”

Cool mum fun fact: When Ellen came out to her mother Betty at a time when being gay was less acceptable (ahem, the ‘90s), the supportive mum had nothing but hugs for her daughter. On Ellen’s sexuality, Betty said, “I was surprised and upset because I knew she’d be an object of bigotry and discrimination. That was not okay with me.” We have nothing but love for Betty.

Cool mum fun fact: Emotional and “soft” rapper Drake is a self-proclaimed momma’s boy to former teacher Sandi Graham – now we all know where this Canadian got his sensitive side from. Sandi has been featured in many of Drake’s songs like ‘You & The 6’ from his album If You’re Reading This It’s Too Late and ‘Too Much’ from Nothing Was The Same.

Cool mum fun fact: Mother of Queen Bey who shared the stage with her daughter and granddaughter Blue Ivy for a Grammy performance. Her delivery of that poignant line, “Ladies and gentlemen, with a mother’s pride, my daughter, Beyoncé,” was enough to make us feel things. Tina is also the woman behind not just one but two daughters – Solange Knowles being the other one – who happen to be two of the most powerful women in show biz.

Cool mum fun fact: Stevie wouldn’t be regarded as Queen of Rock’n’Roll if it weren’t for her mother who raised her to become a fearless young woman. After Barbara’s passing, Stevie opened about her mum who once said, “You better be the president of your company or the lead singer of your band or the boss — because you don’t like being told what to do.”

Cool mum fun fact: Flóra had a tough childhood, and wouldn’t discuss it with her own son until Gene Simmons found out about his mother’s dark past on his own. She was not only a cool mum, but a strong one at that; carrying awful memories of being in a concentration camp during the Holocaust at age 14. She was the sole survivor in her family, and carried on raising Gene until he formed KISS to become one of the biggest rock stars.

In conjunction with Mother’s Day, we at JUICE would like to wish all mums a very happy Mother’s Day.