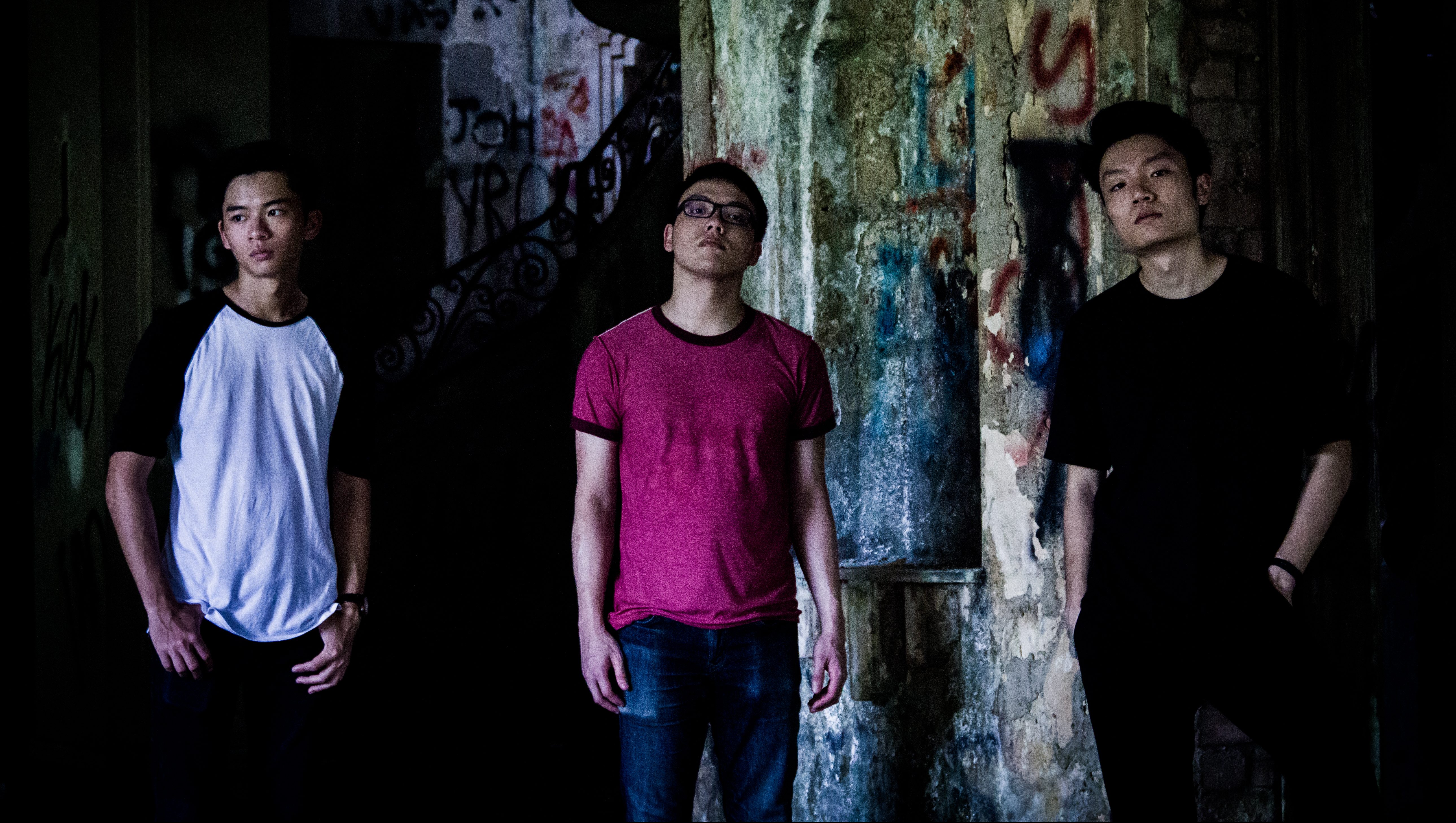 Rock is dead, and has been reborn into many forms of subgenres. Like every other music genre, it’s all about evolution – you either stuck playing the same ol’ tune, or move forward with new flavours. Singapore based Sine belongs to the latter; their daringness is apparent even though r’n’b and hip-hop are taking over the scene. Instead, the band looks the other way and play music you don’t necessarily hear nowadays.

Sine (translates to “by itself” in Latin) is a band comprising of university students Yeo Chai Jing, Tan Yiren Eugene and Marcus Goh, who wants to break down stereotypes about music, especially how a rock band should sound like.

Taking inspiration from bands such as Toe, Tricot and Chon among many others, their sound is a blend of math rock, progressive rock and post-punk.

Alumni of the 2017 Noise Music Mentorship, the lads have been taking advice under the wing of Caracal’s Martin Kong. Now, Sine is ready to spread its wings.

The three-piece band has just released an EP titled The Average Of Everything, containing five tracks that reflect the band’s range of influences. The EP’s experimental sound showcases the band’s decision to explore subgenres of rock, while maintaining their own unique sound. It’s a little bit of everything including metal, rock and even jazz.

Listen to the EP below:

Fans of Three Trapped Tigers, The Devil Wears Prada and Thrice or the general metal head can definitely headbang to it.

Sine will celebrate the release of their EP with a show on May 11 at LITHE HOUSE, Singapore. Follow the band on Facebook  for more updates.

Crown The Empire Will Be Rocking The Stage This May @ The Bee, Publika