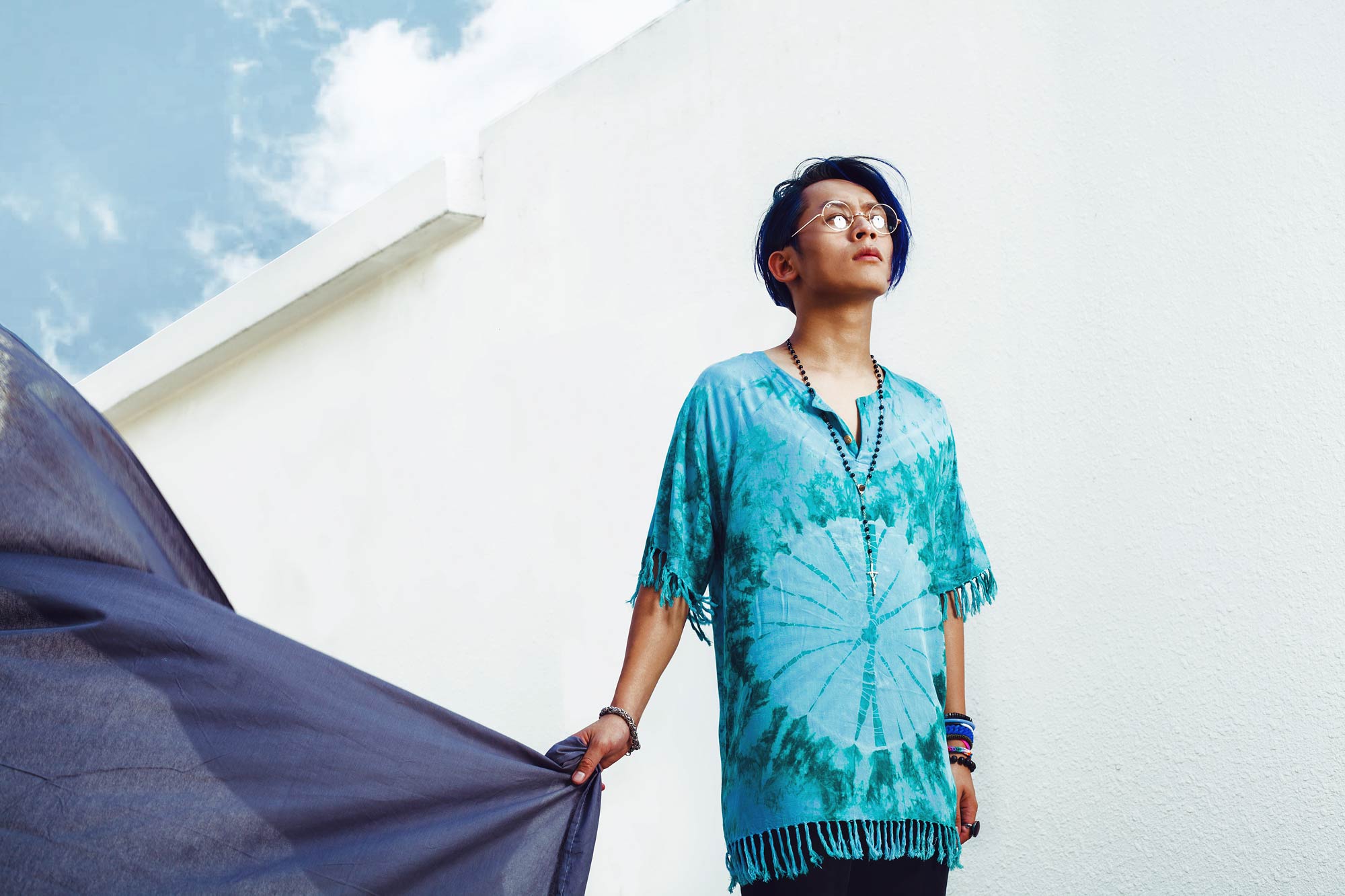 What separates a genuine pop artiste from the rest is their polymathic set of skills. Often capable of more than just singing and pulling off well-choreographed dance routines, the best pop acts write and produce their music, assert control over their image, play multiple instruments, and sometimes even rap with the best of them. This enviable mastery can be seen in Asian superstars the likes of Jay Chou and Lee Hom, both of whom are the immediate comparisons made if you only knew Shelhiel through 8TV’s The Ultimate Song – a Chinese language reality show that introduced him to the mainstream Chinese market. He is more than that though. While fulfilling all the expected archetypes of an alpha pop star – a reality TV alumnus, a rapper-singer with pop shrewdness, and a multi-instrumentalist whose music is gospel – he’s got another rather leftfield calling card; Shelhiel is also a promising producer in Malaysia’s still nascent beat scene.

First making a bleep on our radar through SoundCloud (Shelhiel has a habit of commenting on nearly every local act’s page), we were initially merely amused that a Chinese pop star had rapped over The xx’s ‘Intro’. Then exploring his digital oeuvre further, we were genuinely impressed by the 21-year-old’s own production – the dreamy witch house beat of ‘Fall’, with its pensive 808s, could give the production half of Purity Ring, Corin Roddick, a run for his money. Subsequent uploads included multiple submissions to local beat cipher Midnight-Oil, of which his Vol.3 entry was extended to a potent Jersey club-influenced track, and original instrumentals all indebted to the now perennial trap drum patterns. His magnum opus thus far though, is the vocal-less remix of Ali Aiman’s seminal single ‘Breathe’, an impressive feat considering Aiman’s remix project comprised of veritable producers like VMPRMYTH, Reddi Rocket, Analog K, and Kain.

It was clear to us then, the 8TV management might have fancied that they found themselves a local G-Dragon (whom Shelhiel is a fan of), but the crux of his musical persuasion leaned toward beatmaking and electronic genres. That is however our own bias – he doesn’t quite take a liking to being pigeonholed by anyone.

“I have a big appetite [for music], I was taught classical when I was younger, in primary school I was into punk, pop, and alternative rock and hip hop, then by secondary school I listened to jazz, blues, and some death metal, and now it ‘ended’ with electronic music.”

This evolution came hand-in-hand with his musical education; Shelhiel learnt the piano up until ABRSM Grade 8, taught himself guitars and drums, then played in church and school bands as a drummer, vocalist, and keyboardist before getting into Skrillex and dubstep at 17, after which he was introduced to DAW and midi softwares by mentor Reuben at 19.

Just as he is something of a polymath when it comes to musical skills, Shelhiel’s taste is equally varied. Being someone who listens to k-pop (especially anything from YG) as much as pop classics like Michael Jackson and r’n’b greats like Stevie Wonder, with A$AP Rocky, Cashmere Cat, M83, Kyary Pamyu Pamyu, and Ryuchi Sakamoto (to name a few) thrown in in equal measure, he doesn’t see either one of his sides as diametrically opposed to each other. “I don’t care be it pop, electronic, or rock…” he informs us, “… as long as I’m true to myself and I express my music with honesty.”

Shelhiel doesn’t see his existing fanbase as an obstacle either; “I came out as a Chinese pop artiste-cum-rapper and hence most of my fans at that time were the younger audience – still I am very happy that I can spread my love and positivity through music.” Despite that outward view on his fans, he won’t compromise when it comes to electronic music. “I just do what I was inspired by and what I want to express,” says Shelhiel adamantly, adding that he is a staunch believer of music as a universal language.

Now a member of VMPRMYTH’s indie label Akhyla, Shelhiel has learnt much under his tutelage – it wasn’t until his YouTube tutorial video that Shelhiel taught himself how to sample. There are talks of a compilation EP and a tour, but that is further down the pipeline. In the meantime, Shelhiel simply wants to be Supershelhiel – “an artiste that uses all his artistic abilities to shine, spread positivity, and inspire others as he is inspired by y’all.”