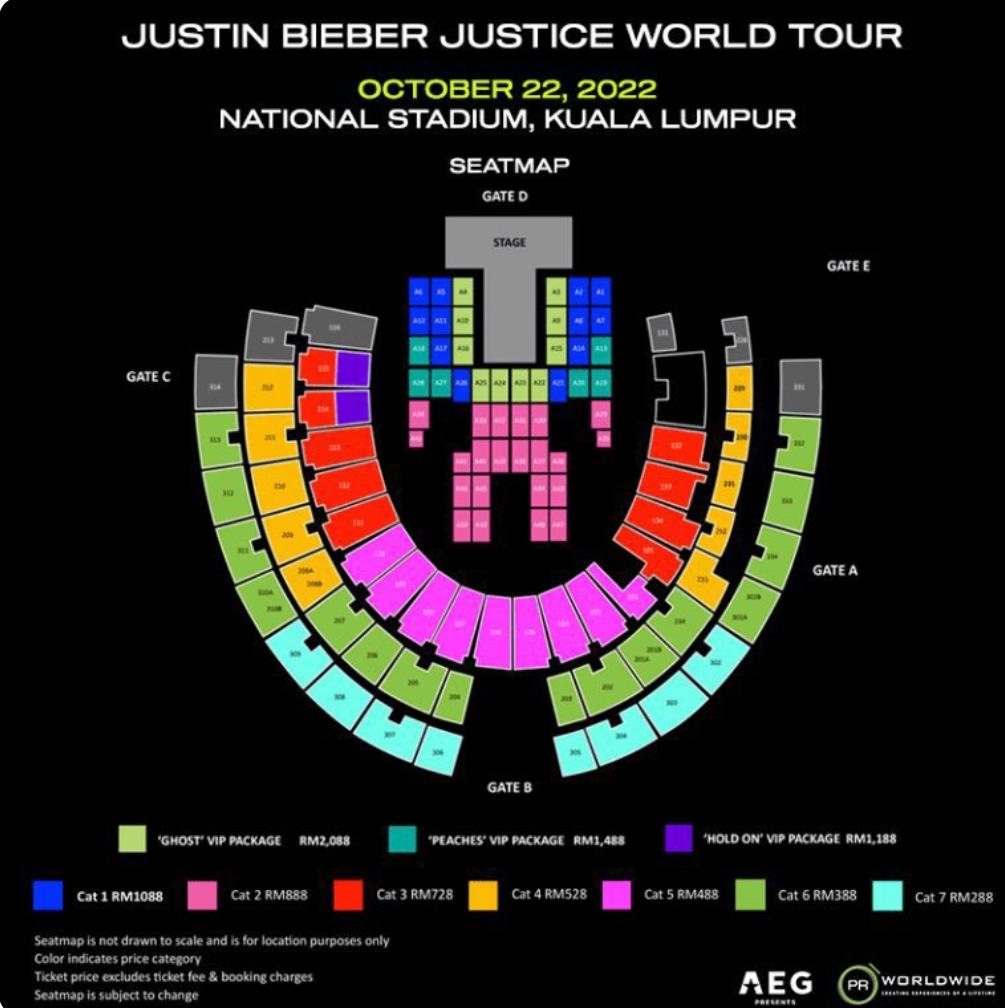 Malaysians are no strangers to scalping and with Justin Bieber’s world tour coming up this October, this frowned-upon trading tactic is inevitable.

Fans struggled, woke up early and overworked their computers trying to make it into the buying queue, where tickets were sold, costing RM288-RM2,088 based on specific categories/seating arrangements.

While some fans expressed heartbreak and disappointment, failing to buy the tickets on time, scalpers were quick on their feet, already selling the tickets for more than twice its original price on e-commerce sites such as Shopee.

But thankfully, as clarified by Twitter user @melakaboy, this time around, scalping and reselling the tickets are not permitted. He said, “Creating awareness on #JusticeTourMalaysia. You cannot resell tickets. So don’t buy from resellers.”

He tweeted a conversation between him a representative from PR Worldwide, who explicitly stated that access will be blocked if the ticket and name/ IC number are not a match.

We wonder, is this going to result in several empty seats at the concert? What will scalpers do with their unsold tickets and unforeseen loss?

The viral clip has caused quite an uproar.

Cool Down in A Cabana & Stand To Win An RM3,000 Kate Spade Shopping Spree at The KL Journal Hotel

The teacher has since issued an apology

Fire “erupts” wherever she goes.

The hustle is real…

Not the topping she had in mind…

The most important thing to pack

Time to bring the boys out?