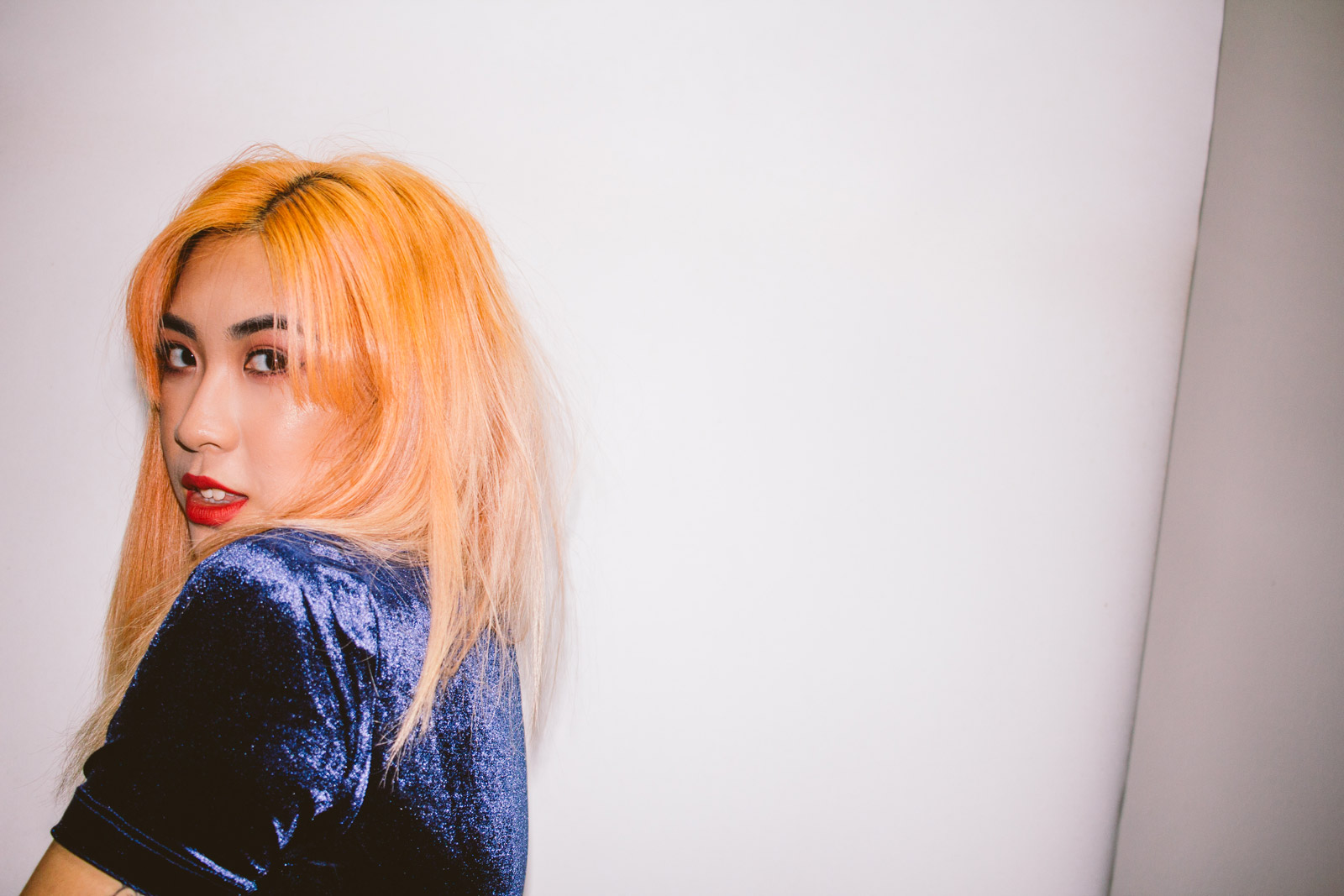 Full disclosure; JUICE – the Malaysian edition at least – hadn’t heard of the name Sam Rui until F ∆ U X E produced and guest-sung on ‘Down’, an unapologetically sex-charged number, as one can imagine from its title. So imagine our surprise when a cursory Google search on her revealed a markedly different Sam(antha) Rui – one who was more in tune with the acoustic guitar-slinging singer-songwriter trope. From indie wallflower to sultry r’n’b chanteuse is quite the fascinating trajectory, and Sam pulls it off so incredibly well without sacrificing the genuine emotions of her past work; lead single ‘Better’ from her forthcoming EP is explicitly honest in its bitter catharsis, and brutally castigating of its subject matter. “I write to get things off my chest, not for the sole reason of making catchy tunes,” she tells us.

Ahead of Laneway Festival Singapore ’17, JUICE speaks to the slow jam doyenne on her shift to r’n’b, writing from the heart, and switching things up performance-wise.

“… ultimately it’s still me and a no less authentic version.”

You went from being the indie wallflower-singer-songwriter type to a sultry alt. r’n’b act, how was that received by those who knew you from before?
I’ve had a couple people say that they miss my old sound, and some question my change in direction – saying they wonder if the switch was some sort of a marketing “rebranding” strategy, and that my music is less genuine now that it’s not so Bright Eyes-ish anymore.

But for the most part, people have been really supportive and really receptive of my new music, and it’s even gotten me some new listeners. I think after the initial shock/doubt wears off, people can tell that even though the style of my music has changed, lyrically, thematically it’s still genuine – that ultimately it’s still me and a no less authentic version.

We read that the shift to your current style was almost accidental as when you were writing the EP with producer Chris (F ∆ U X E, GROSSE), it just went into that direction without intending it to be so. Could you think of what contributed to that? Was it Chris’ production style, the music you guys were listening to at the time, etc.?
For sure Chris had a lot to do with the way I sound now. When I first went to him and asked him to produce my EP, he asked if I just wanted to rework the existing songs I’d already written, or if I wanted to try something different and work with him. I felt it’d be stupid of me not to try creating music with him from scratch; he’s such a talented producer and an artiste himself, it’d be a waste to just use him as a sound engineer.

So, we started working together, and in sharing music tastes and in being so similar in the way we approach music – wanting it to come purely from the heart regardless of genre – we ended writing the EP into what it sounds like now.

Prior to this era, people saw r’n’b as a guilty pleasure. Now, it’s a perennial favourite in both mainstream and independent scenes – r’n’b seems to be this decade’s zeitgeist. As someone who makes music in that style, why do you think so?
I feel it’s because r’n’b is so honest, it’s pure soul made into music. It’s groovy, it’s fun, but it’s also dark, emotional. It’s so multi-faceted. It’s easy to listen to and identify with, and there’re so many different subgenres of r’n’b, it’s impossible not to find at least one artiste or style you like.

You described writing and singing in this style as ‘liberating’ – and it even changed your fashion sense as well – were you more of a withdrawn personality before?
For sure. I was a wallflower as you put it (laughs). The new music has definitely made me come out of my shell and into my own.

“I write to get things off my chest, not for the sole reason of making catchy tunes.”

Your current tracks are so deeply personal – there’s even a name mentioned on ‘Better’ (fictional?) – don’t you fear that you might be oversharing a bit?
(Laughs) Maybe! I feel kind of bad for the exes I write about in my songs. I try not to slander them too much, I’m really not deliberately trying to be a bitch about it. But like I said, I write from the heart, every one of my songs has a story behind them and I write to get things off my chest, not for the sole reason of making catchy tunes. I can’t help but weave in personal anecdotes in my songs.

You described the EP as your processing everything that happened with the end of your relationship. With the EP coming out this February, have you gotten the catharsis you’re hoping for?
Yeah, I have. I can sing the songs now and not feel heartbroken, or bitter, or longing.

Since we’re from Malaysia, we haven’t really seen you perform live. But on YouTube, it seems like you’re still firmly in singer-songwriter mode even with the new songs. Will we see a shift in performance style come Laneway and future shows?
Gonna be playing my first overseas show in KL in February though (Welcome to Heartbreak)! And am very excited about it. Yeah, I still love the intimate songwriting process about music, and so I drop low quality things here and there on YouTube and SoundCloud, but for Laneway, I’ll have a full band for the first time.

And I hope I’d get to play a bunch more shows with this setup cause it’s great fun and brings another element to your music. For live sets, I like having a mix of full band songs, where the focus is on the music, and stripped songs with just a piano and guitar, so you can appreciate the lyrical aspect of my music. Laneway will be a bit of both.