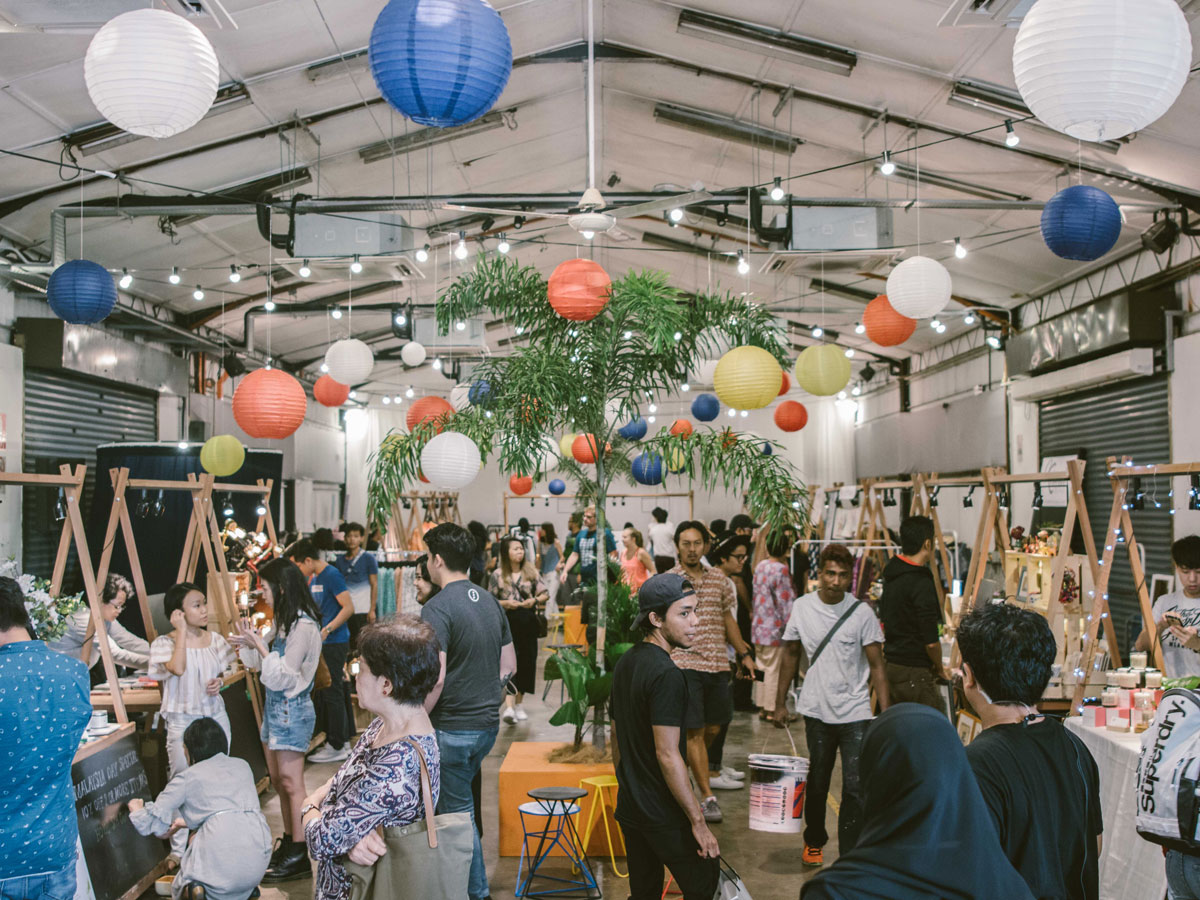 Community-driven bazaar RIUH was themed after Malaysia Day last month, so naturally with this being Deepavali week, it’ll be centred on the festival of lights for its upcoming edition. Thank RIUH that local festivities – even when falling on a weekday – are stretched to the whole weekend now!

If you had a heck of a good time last time, trust us when we say you wouldn’t want to miss this round of eclectic pop-up stores, food, creative workshops, traditional showcases, and live acts either. The RIUH team has curated a commendable lineup yet again; creative workshops see the involvement of Atom & the Dot with their Art and Science Workshop for Kids, renowned street photographer Ridduan ‘TTFGA’ Ismail giving a talk on Mobile Photography, and The Rojak Projek teaching a Food Art Workshop.

Then, together with SareeOnMovement, RIUH will be imparting some much needed cultural knowledge to y’all with its saree-wrapping tutorial, saree showcase and live painting, and even an interactive kolam-making session. If that doesn’t rock your boat – or rather, your kids are disinterested – then RIUH’s Saturday evening could do it for them and you as there will be free games and a Halloween costume contest for kids.

It wouldn’t be a RIUH weekend without the live acts. This volume sees an array of talented musicians – first up is singer-songwriter Matthew McKelson. This KL-based Malaccan is a multilingual artiste whose r’n’b vocals would tug at the heartstrings regardless of your lingua franca.

Next up is the more experienced Brendan De Cruz. This recipient of Best Vocals at the 2010 Yamaha Battle of the Bands has had two EPs under his belt; the lauded 2016 Even So and more recently, the Pete Maher-mastered (Damien Rice, The Killers, The Rolling Stones) Black. Check out Brendan’s sombre rendition of our national anthem below:

Duo Nickyta & Co joins in the fun too, no doubt playing the same memorable contemporary covers that had earned them first place at the Raja Busker Competition 2015. Completing the lineup is Nadir Music, a world music band that combines differing cultural elements from all over the globe with contemporary music. So renowned they are in the scene that their list of collaborators includes names such as Bihzhu, Dasha Logan, Beverly Matujal, AJ Pop Shuvit, Eizaz Azhar, and Kamal Razali of Salam.

It’s not all live music though, this is still a Deepavali celebration after all. RIUH will see dance performances by ASWARA, Malaysian Bhangra Group, and Malaysian Punjab Entourage.

If you want both culture and entertainment in your outings – and for plenty of Instagram-able moments – you can’t do better than RIUH this weekend. Take our word for it, we’ve been to its previous two editions.

Find the event’s full lineup and its itinerary below:

Not keen on driving? Enter the promo code GRABRIUH on Grab and enjoy RM8 off two (2) Grab rides. Limited to first 500 rides only.