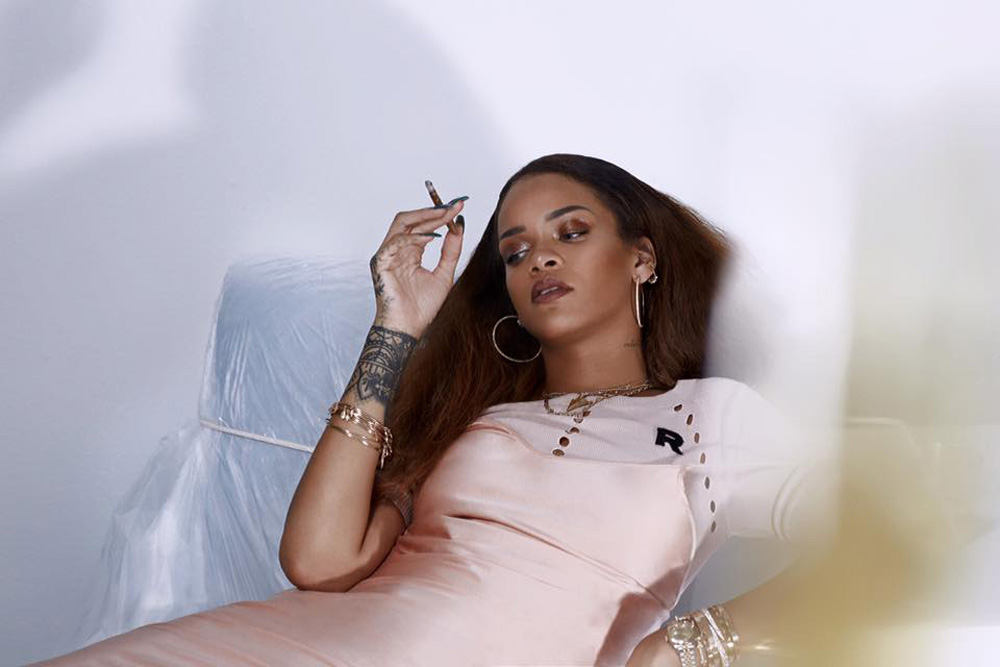 Rihanna did it again ladies and gentlemen. The singer uploaded an image onto her Instagram thanking her fans for being the best in the world after her hit ‘Love on the Brain’ became her 22nd top five hit on the Billboard Hot 100 chart, putting music legends Elvis Presley and Michael Jackson under her name.

I have the best fans in the world! Thank you to everyone who’s supported #LOTB in such a major way, moving it forward to #5 this week on @billboard Hot100!! God is so great! #top5shawty

After the pop princess from Barbados recently “made it to Harvard” for her humanitarian work, she won R’n’B Song of the Year for ‘Work’ featuring Drake and R’n’B Album of the Year for Anti at the 2017 iHeart Music Awards. RiRi even posted an image with the caption “Glory be to God,” thanking a higher power for her continuous success since her ‘SOS’ days. We’ll never forget her asymmetrical bob circa 2007 post-‘Umbrella’, and her courage to overcome an abusive relationship with former flame Chris Brown.

For old times sake, a little throwback wouldn’t hurt anyone. Here is one of Rihanna’s top hits: