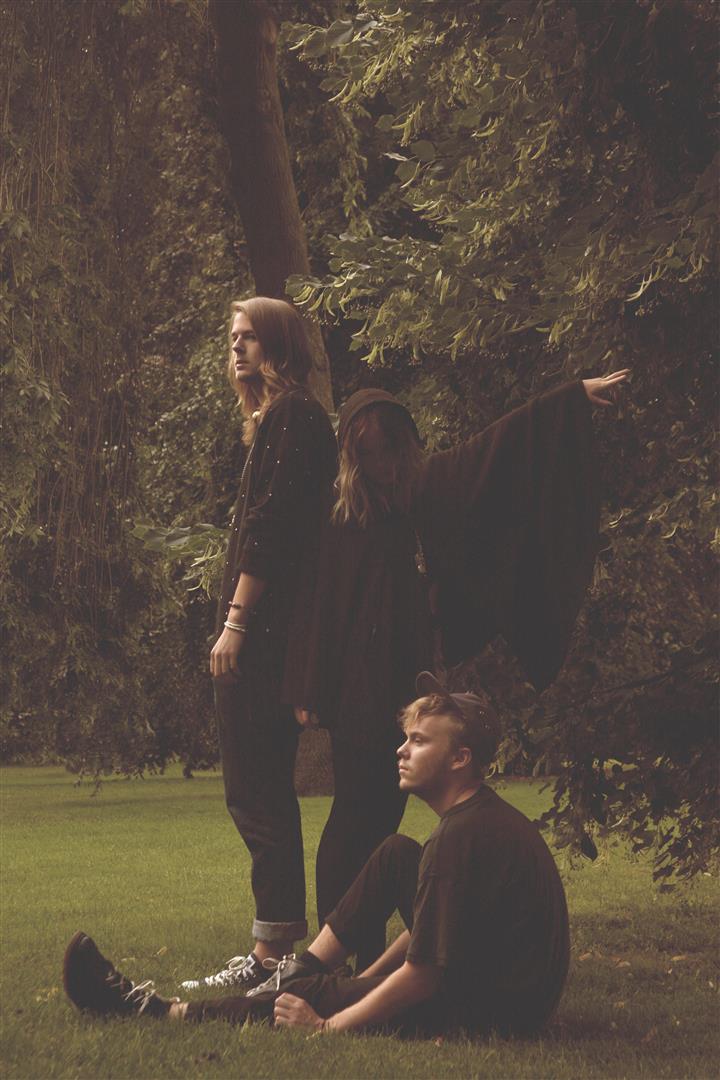 Dating back to the cornball days of ABBA, Scandinavian pop music has since established an illustrious history for itself with the meteoric rise of off-kilter talents such as Robyn and Lykke Li throughout the years. Come 2013’s Skyer LP, we can induct Postiljonen into that pop pantheon – their sounds embellished with barealic cinematic quality while twisting and turning through kaleidoscopic arias and intimate moments. Flooded with synth-filled dreamscapes, lazy saxophones, and angelic harmonisations, the aforementioned debut release was received with critical acclaim, and they’ve been touring heavily on the back of it on a packed schedule while recording their highly anticipated sophomore album. JUICE speaks to Joel Nyström Holm about Postiljonen’s constant touring, comparisons with musical behemoths, and what the future holds for them as a dream pop entity to watch out for.

Your name can be directly translated to ‘messenger’. What message are you trying to send across through your songs?
The name translates to ‘messenger’ but the message we want to give is a feeling.  It is up to the person who listens to decide. Everyone has their own personal explanation of what a song gives them.

Many songs from Skyer have drawn comparisons with M83 and Sigur Rós. How do you feel about those comparisons? Did you make your album with their kind of sound in mind or did it just grow organically towards that?
We have nothing against the comparisons, it’s in human nature to compare things that they experience. Personally, I had never listened to M83 or Sigur Rós till I read about them after Skyer was released. When we started we didn’t have any idea of the sound that we were going for. The first songs we created drew a lot of inspiration from African rhythms and instruments. The three of us have quite different backgrounds in terms of genres, and as we continued to work, those [inspirations] came together and it just naturally turned out sounding like this. It’s how our united feelings sound like.

You’ve been touring heavily with lots of analogue and electronic gear. Are there any plans to expand your live setup in the near future?
When we play a show to support our first album like this, we want to be just us three. We have written, produced, recorded, and mixed everything ourselves and want that to show on stage too. It is elaborate but also quite simple in a way. As we’re quite a small act who are traveling around a lot, we also have to be quite mobile for now. We’re really looking forward to the shows and to dance with you all!

Skyer was released last year to positive responses from critics and fans. For your next release, what can we expect? Something more experimental musically, or more songs along the same vein?
We’re working on the second album right now so it is hard to say how it’s going to turn out in the end at this point of time. As far as we’ve gotten, I can say it’s going to have more ‘real’ instruments and a slightly more mature sound. I don’t know really, but we’ve definitely grown as people and musically, maybe that will show, but it’s still us, so nothing like a complete change. We are open for collaborations and have talked about it. It would be interesting, but we have never really come down to something. It is a hard thing to decide. We do not only want to like the music of the person we want to collaborate with. We want to get to know them, be friends, and like them personally before we start. It has to be fun and interesting making music with them. That would be something you can hear in the final song if it happens.

The three of you come from varying musical backgrounds. What do you listen to that inspires you individually, and what music do you enjoy as a group?
I listen a lot to hip hop-inspired electronica, Daniel pop and jazzy tunes, and Mia folk and r’n’b. When we’re together we enjoy a lot of ‘80s and ‘90s dance music. In fact, a song that we listen to before each gig is Boy Meets Girl’s ‘Waiting for a Star to Fall’.

You’ve had a busy couple of years to date, traveling all over the world in support of Skyer. Where was your favourite show to date?
That is a hard question. We love all our shows and always have a good time! A special night for us was when we ended our European tour in our home town Stockholm. The last show before we started to work on our second album, and it had a big crowd including all of our friends and family.

Are there any up-and-coming acts from Sweden or Norway that we ought to be looking out for in the near future, and why?
We like Kygo and Niva, and jj is coming up with a new album this summer!

What will Postiljonen be up to in five years’ time?
What we love to do is to make music. And we hope we can do it for the rest of our lives. Hopefully we’re in the studio, creating something wonderful!

What can Malaysian fans expect from your show over here in Kuala Lumpur?
Love, dance, and flashing lights!

Postiljonen is set to play at The Bee, Publika for the Upfront series tomorrow (Thursday 15 May ‘14).