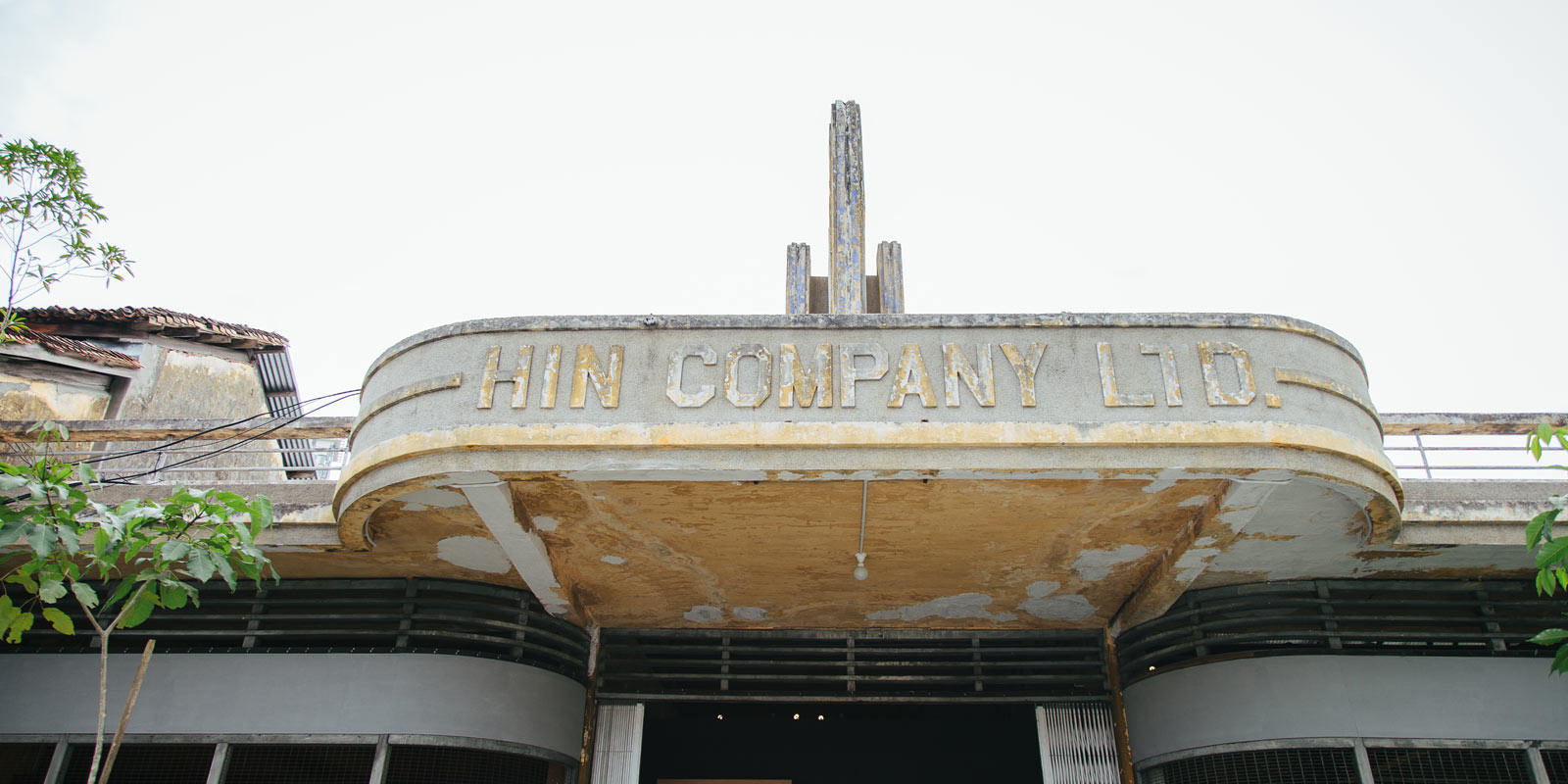 With Ramadan a couple of weeks away, the next two weekends are going to be filled with as many parties as humanly possible. We’d advise you to spend them wisely ‘cos June is going to be too quiet. Before that happens though, spend Friday night with Dash Berlin and the pretty boys of DVBBS at KL Live, or head to Live Fact for something a bit more alternative with Chinese producer Howie Lee and drummer Zhang Yang. On Saturday, join speed junkies at Art of Speed to get yourself a couple of tattoos or to watch dangerous stunts and look at pimped out cars. If you’re in Penang, check out CREATE – the first crowd creation festival in Malaysia – which features music acts such as The Sam Willows, Paperplane Pursuit, and Ramsey Westwood. Wrap up the weekend with hip hop at A Sunday Affair – JUICE will be there to take photos of those who are dressed well, so everyone should put their best sneakers on.

To the uninitiated, Hardwell’s recent Go Hardwell or Go Home show at KL Live last April was also the inaugural instalment of Heineken’s Live Your Music campaign – a global initiative concentrating the love for live music experiences into multiple individual events and activations. Keeping in line with the first of the series, their second show will see a double bill of Canadian EDM royalties DVBBS and the ever perennial Dutch megastar Dash Berlin, who is already a Malaysian staple by now. Three mainstays of the local scene – BATE, HypeEmBeats, and Goldfish & Blink – are set to support the international acts. If the launch of Heineken Malaysia Berhad were anything to go by, expect a stage design unlike any other and enough lights and lasers to ascend you to another strata of existence.

This Friday, head over to Live Fact to catch a live performance by Chinese producer Howie Lee along with drummer Zhang Yang. Howie Lee heads his own label called Do Hits and has supported the likes of Bok Bok and Daedelus. Supporting the duo that night are rock bands LUST and Speakzodiac.

Watch the music video for Howie Lee’s ‘Bei Hai’ below:

To RSVP, email your details to [email protected].

Art of Speed is catered to speed junkies; those who enjoy modifying their cars or motorcycles, getting tattoos, going for art exhibitions that displays helmet — you know, masculine activities. But if you’re not particularly interested in those subjects but would like to spectate anyway, don’t feel intimidated by the level of manliness, we assure you that everyone is accommodating to newcomers. So, feel free to ask as many questions – most importantly, browse through the impressive collection of vehicles that’ll be parked around the venue. Check out what it was like last year here.

The clichéd recognition often granted to Penang is as Southeast Asia’s #1 culinary hotspot (a claim validated by even travel guide Lonely Planet), but George Town has also cultivated a cultural renaissance on the island. From the focus on Ernest Zacharevic’s street art as a tourist attraction in the past five years, to George Town Festival’s increasing prominence as a culture and arts festival in the region, to the repurposing of Hin Bus Depot as an art centre, as headed by culture collective Ze Arcade Paint’s Khing Chuah, Penang has become something of a hub for the arts.

On Saturday 28 May ’16, you’ll see a manifestation of this notion in CREATE – the first “crowd creation” festival in Malaysia – at Hin Bus Depot Art Centre. Aspiring to bring a diverse group of urban creatives together for collaborative efforts and experiences, the festival will see CollaboArt – a curated graffiti piece paying homage to things emblematic of Penang by Koh Yung Shen (The Swagger Salon founder) and DJ Ramsey Westwood – as its centrepiece. Being a crowd creation festival, guests will have something to do as well as they can look forward to participating in several activities, namely the still vague #mashtag and a goodies-unlocking crowd cycling activity.

Aside from that, explore the premises for an organoleptic odyssey that will trigger all your senses. Notably of the musical kind, as the main stage will see Singapore’s YouTube-sensation pop band The Sam Willows alongside locals Paperplane Pursuit, Backyard Buskers, Alexis G, Talitha Tan, and Ramsey Westwood. The last time Penang held an event of this magnitude, they made it into Vice‘s The Creators Project, so don’t miss this!

To attend, visit www.create.net.my and register for an invite. Strictly for those who are 18 and above only.

Show your support by using the hashtags #CREATEMY, #THINK, #INSPIRE, #EXPERIENCE, and #NEWEXPERIENCES for any CREATE-related social media postings.

Awas!! A Weekend of Animation Shorts

AWAS! returns this weekend with another visual feast via experimental animations by multidisciplinary artists based around European and Asian regions. This round includes Joni Mannistö, Vessela Dantcheva, Gabor Ulrich, Ülo Pikkov, Ratsko Ćivic, Petra Zlonoga, Špela Šadez, Marina Rosset, Regina Pessoa, and Magda Guidi. The films will be highlighting cultures from various countries such as Finland, Estonia, Italy, France, Japan, and Portugal, so if being exposed (virtually) to different cultures is something you do during your free time, look no further than spending your Saturday night at FINDARS.

KAIN’s debut album Duality features tracks that were produced from 2013 to 2015, it was released earlier this week (and already launched in Singapore) – so, a listening party was obviously very much in order. Even though it’s KAIN’s night, the spotlight will also be shared with other artistes that are scheduled to play for the night; Santaroena, Reddi Rocket x Yahna, and Vmprmyth. N3MO has taken on the role of being the emcee for the night.

Some people have reached a level of higher awareness of what we consume; knowing where what we indulge ourselves with comes from. We can appreciate that occasionally, but McDonald’s will always have a special place in our hearts (read: guts). Farmers’ Market aims to introduce some of the best organic and locally grown vegetables, fruits, artisan condiments, breads, juices, and coffee with vendors like The Kettlebowl, The Greenies, After Peel, and espressolab Asia at its first market in Publika. This market will be ongoing for a span of four events — the first one being in Publika, followed by one in Desa Park City, Bangsar and Mont Kiara — each one will offer a variety of music, food, and activities for everyone to enjoy. To keep up with the next session of Farmers Market, follow the organisers here.

With a double bill of The Judgment Day and Malaysia Got Hip Hop, you bet this month’s A Sunday Affair is themed after hip hop and other genre offshoots that fall under the ‘urban’ umbrella. But don’t reduce that to just hip hop DJs playing turnt up choons to a crowd of fuccbois and Hypebaes – the LapSap curated outdoor concert and bazaar will also see activities pertaining to the overall hip hop culture; dance auditions are to be held at Live House (2pm to 3pm) where both b-boying and all styles are encouraged to participate, then the dancing continues from 3.30pm to 9pm at the Rhapsody Square with crew versus crew and five-on-five battles, along with a beatbox performance. Back at the Electric Boulevard, the stage is to be graced by SonaOne, Naufal & I-Sky, Emir Hermono x Fliko, f r s, Afaro, and Nazkimo. Oh, and not forgetting the LapSap boys, of course.

Come by The Bee at Publika for a performance by Deer – an electronic duo from Hong Kong formed by Mexican expats Miguel Bastida and Adriana Falcon who aim to regale audiences with their moody, pensive songs. Experimental trio Trifecta and psychedelic rock band Phlox are slated to open for them.