Third weekend of 2016 is packed with short film screenings, gigs, markets/book sales, indie festivals, and more live performances. Don’t miss out on where the cool kids will be this weekend! 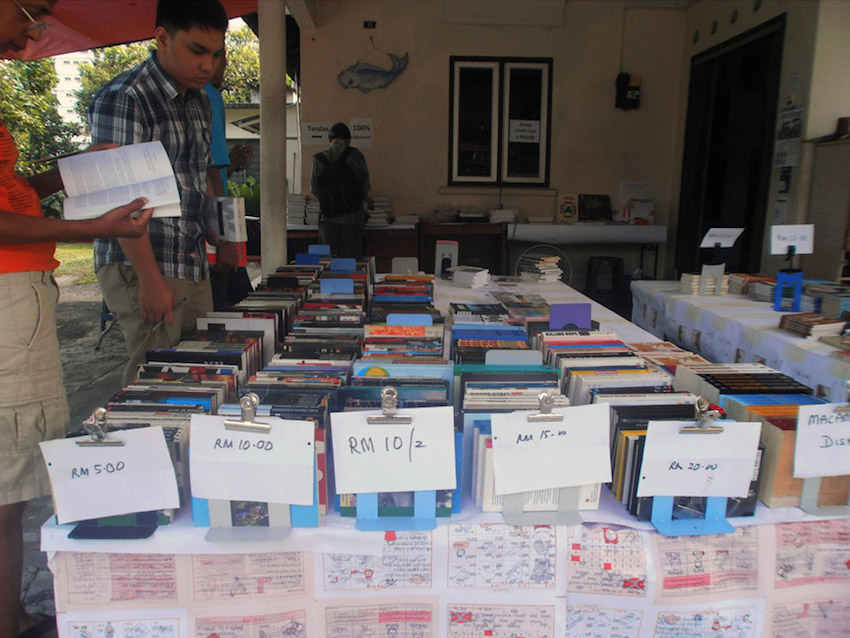 If one of your resolutions is to buy cheaper books or read ones produced from around the region, look no further than this sale. The objective of Gerakbudaya’s annual sale is to introduce people to inspirational stories with controversial titles like Banana Punk Rawk Trails by Marco Ferrarese — the author of Nazi Goreng, Unbelievably Stupid Too by Kee Thuan Chye, and Fixi’s popular KL Noir series. Plus, there’s a book exhibition curated by publishers from Indonesia such as Resist, Komunitas Bamboo, YOI, and Lontar Foundation. The exhibition will cover stories relating to the history, politics, and cultural aspects of modern day Indonesia. 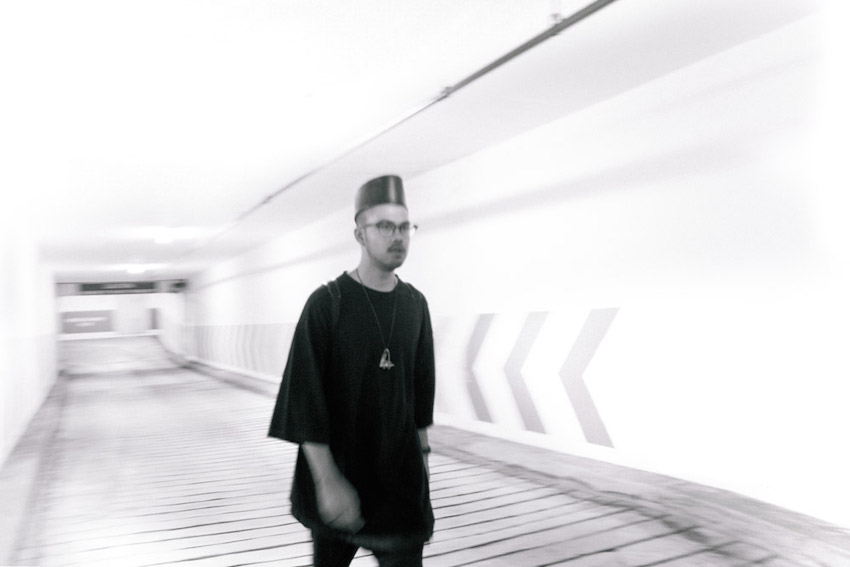 Thisappear+ is opening its newest retail space today — for those whom are unaware, it’s a retail boutique owned by Joe Chia and Justin Chew. If those names don’t ring any bells, save yourself the embarrassment and don’t attend the party. Moslem Priest and KO PI GO are in charge of tunes tonight while Yong Boon provides visuals. Okay, maybe you can go for the party if you know the artistes but if all five names that we’ve dropped in this post are unknown to you, find another event to have drinks at.

Zouk Club KL is hustling for that Top 10 spot on DJ Mag’s [UK] Top 100 Clubs Global Poll – what better way to convince punters to vote than to invite Boys Noize to the clubbing institution for the fourth time (his first to the new Zouk to boot!). Mick Wilson of the mag will offer support, as do Blink and Xu as LapSap. The Bee Pres. Tunes and Pints 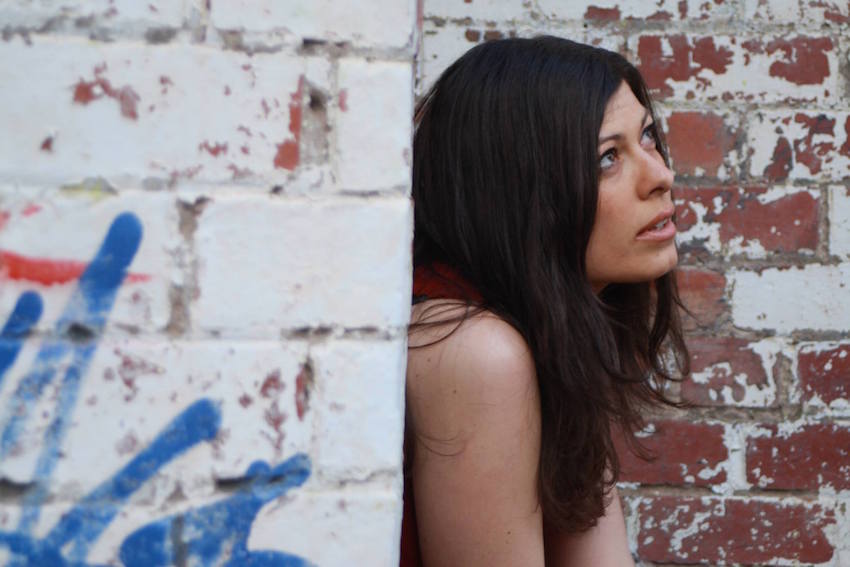 The Bee started their weekly gig programme entitled Tunes and Pints since New Year’s day. The idea is to host different artistes each week to show its customers the talented individuals hidden around the Klang Valley. Tonight marks its third edition with Jude Macson as its chosen musician. The Bee is also treating guests to a Kirin promotion where a bottle is priced at RM15++ while a bucket of three is RM39++. Plus, there are lots of comfort food choices (bring on all the nachos!) to create a more pleasant experience. 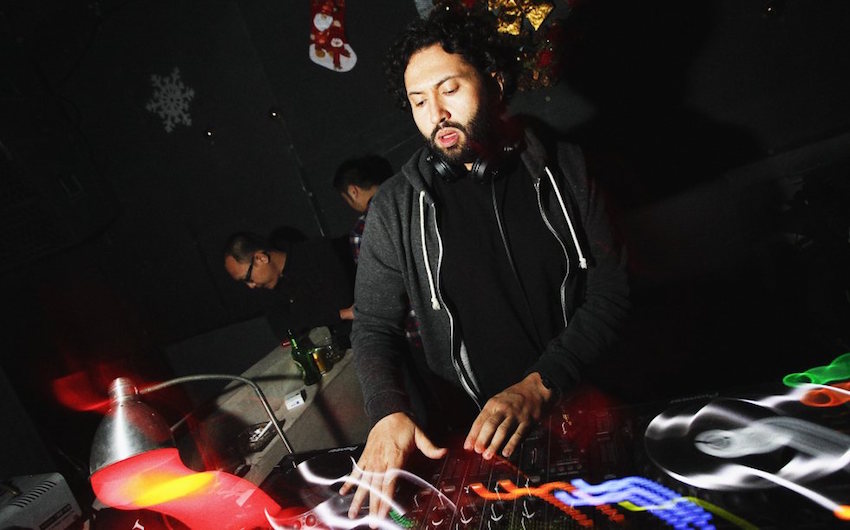 Pisco’s latest venue venture Como invites all house and techno heads to its space for a night of… well, techno and house. The event is presented by the ever dependable Ohrwurm, who’s invited Germany’s Ninetoes to kick-off their first event of the year. Ninetoes has been in the scene for over ten years, and has played alongside names like  Loco Dice, Koze, and Jesse Rose. Before he makes his way behind the decks, DJs Alam, Flikswitch, and Slutski will be his opening acts. 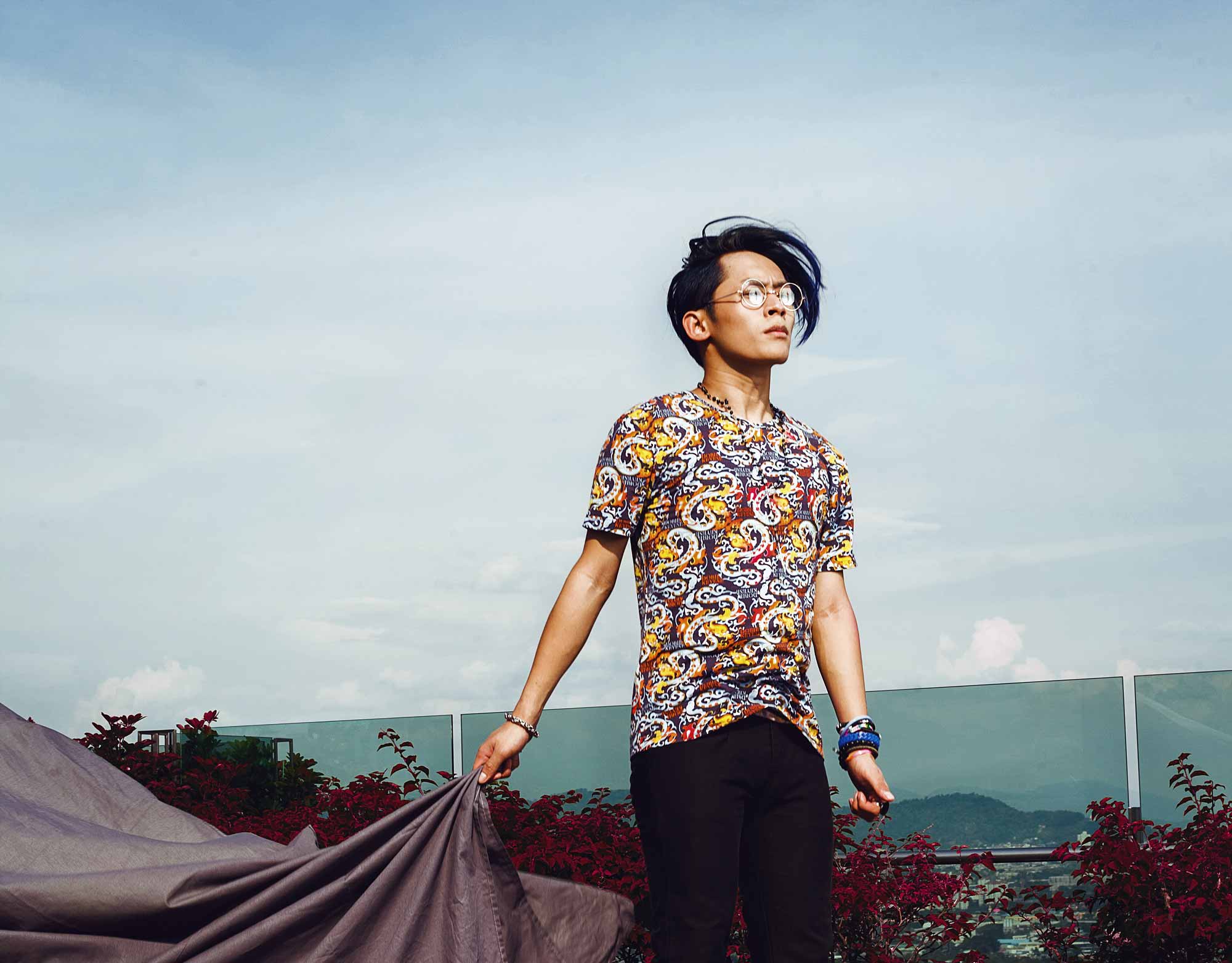 Dong Tai Du (DTD) is a local indie music label founded by the guy behind the DIY gig space Live Fact, Shane, and Tat of instrumental rock band NAO. DTD has organised music festivals since 2008, and the fourth one will be a three-stage music event featuring a bill of largely local and regional artistes.

Over in White Box, DTD will hold the Acoustic Music Stage. Musicians Hell Low,Tangerine Wong, Ally Lew, Hugo Yap, Lai Ze Ren, Reeve Jia Ming, SMAP (Serene Music Academy), and UM Yao Lan Shou​ can be anticipated to deliver performances that are stripped bare, where lyricism and melodies take centre stage. Besides that, the fairer venue will have an open mic session where buskers or anyone, really, are welcomed to set up an impromptu performance with their own guitar and/or any gear. Furthermore, there’s a creative market displaying the handmade crafts of vendors and artists, a few white partition boards will exhibit some music artwork by various designers, and finally, any keen gig-goers can attend a talk on local indie culture.

As evidenced above, DTD Music Festival is a staggering locally organised music and creative arts festival that we recommend you to check out.

Further details on the festival here. Email [email protected] for ticketing details or any inquiries regarding the festival. 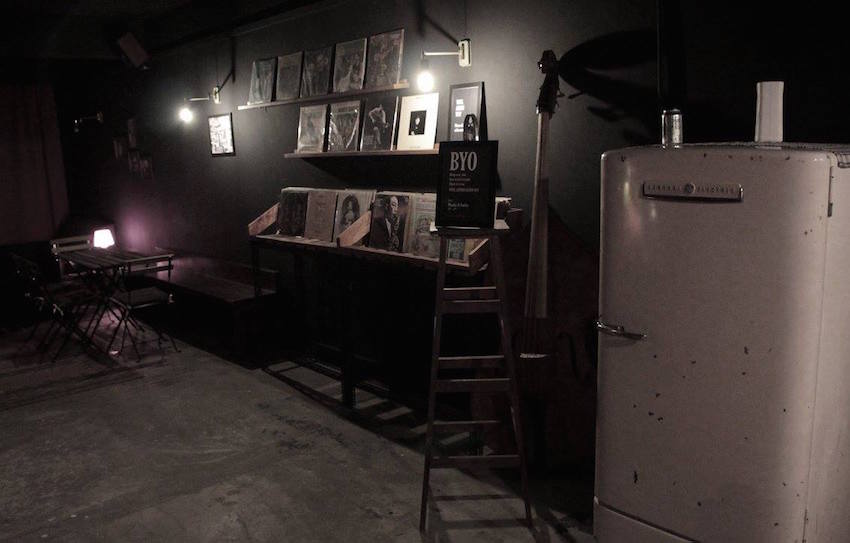 MacDougal’s… The name itself is a factor for going. Like any flea market, this one will have items like vinyl records, knick knacks to hoard, clothes, pre-loved items, and live music. What attracted us to list it however was the curious tagline it had chosen to describe itself; “One man’s dust is another man’s cocaine.” Maybe they’ll have some of that for purchase as well. 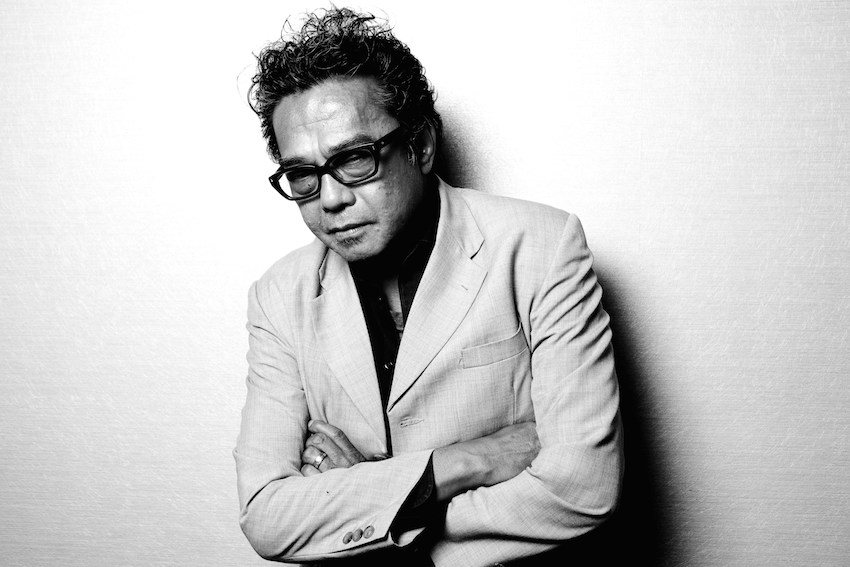 Cross Causeway Cinema is a panel discussion between four prominent figures in both Malaysia’s and Singapore’s filmmaking industry regarding the challenges of producing a body of work that’s relatable at home and to people across the causeway. Panelist include Royston Tan and Sanif Olek from Singapore, Malaysian representatives Dain Said and Liew Seng Tat. All four individuals have received multiple awards, shown their work at notable events and places such as Sundance Screenwriters Lab, The Sydney Biennale, Museum of Modern Art (MoMA) New York, and Cannes Cinefondation to name a few. A valuable lineup for aspiring filmmakers who are looking to pick the brains of established individuals in the field. 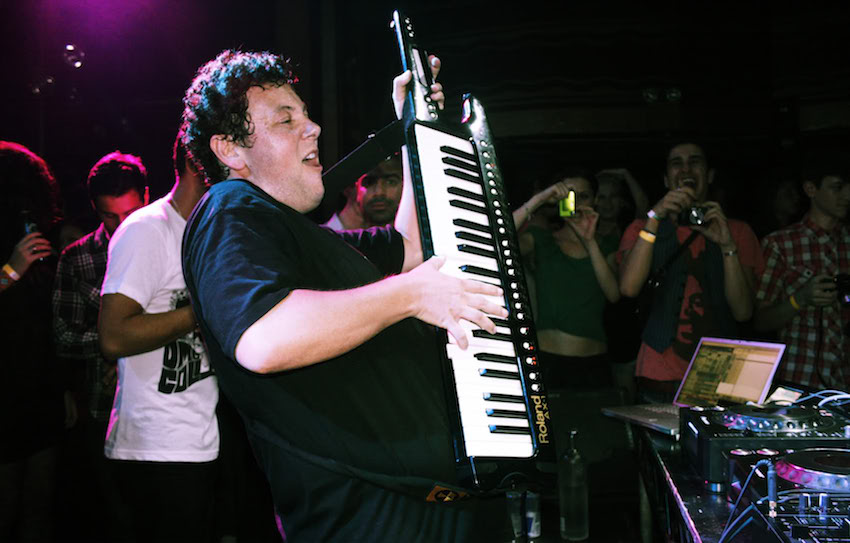 Martell starts its inaugural La French Touch Party (please don’t be inappropriate) with prolific French producer Joachim Garraud. Garraud is known for his involvement in electronic music since the early days, having composed, produced, remixed, and collaborated with the likes of David Guetta, Beyoncé, and David Bowie to name a few. This man’s music has definitely made it into your playlist at least once. To hype the crowd before his slot are DJ couple Joey G and Patricia K, hip hop dancecrew Elecoldxhot, and Play for Passion. The lineup for this showcase is beyond stellar. With Born in Flamez, Nadia Reid, Vandetta, Darko C of Burma’s Burmélange, Najwa Mahiaddin, Fook of Bassment Syndicate, and many, many more from all over the world, it’s not for anyone with an interest in the regional and global music scene to miss out on. Get acquainted with the jungle calls here. 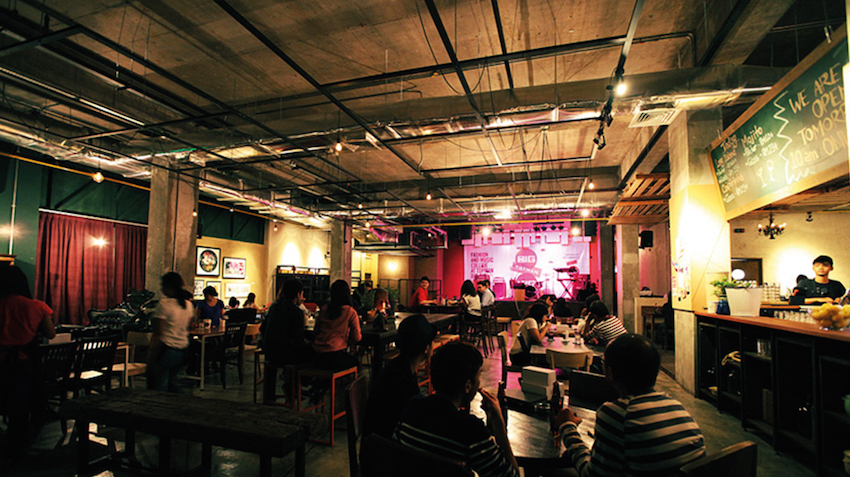 The Bee adds another event to its roster this month event — LOT 36. Similar to its idea behind Tunes & Pints, LOT 36 is to showcase different local artistes every Saturday afternoon rather than a Friday night. This series also started during New Year’s weekend with John Thomas Trio hosting its first session, to follow up to the band’s performance is Nadir, a contemporary Jazz band. Besides spending your Saturday afternoon chillin’ to easy-listening music, The Bee also has a bucket promotion for Smirnoff Ice — RM60 for six! Lazy Sunday is back to cure Sunday morning’s hangover using a carefully perfected remedy — it involves more alcohol obviously. Pisco encourages all of its patrons to be exceptionally lazy on this day. To ensure this sloth-like experience, Pisco will be screening cartoons for everyone to watch on bean bags. The playlist for this edition of Lazy Sunday is be curated by Bobby Tan, DJ Bruce, DJ Niall, and DJ Anthony. We’ve not seen them play before but we’re assuming the playlist will consist of chilled-easy-listening type of songs.