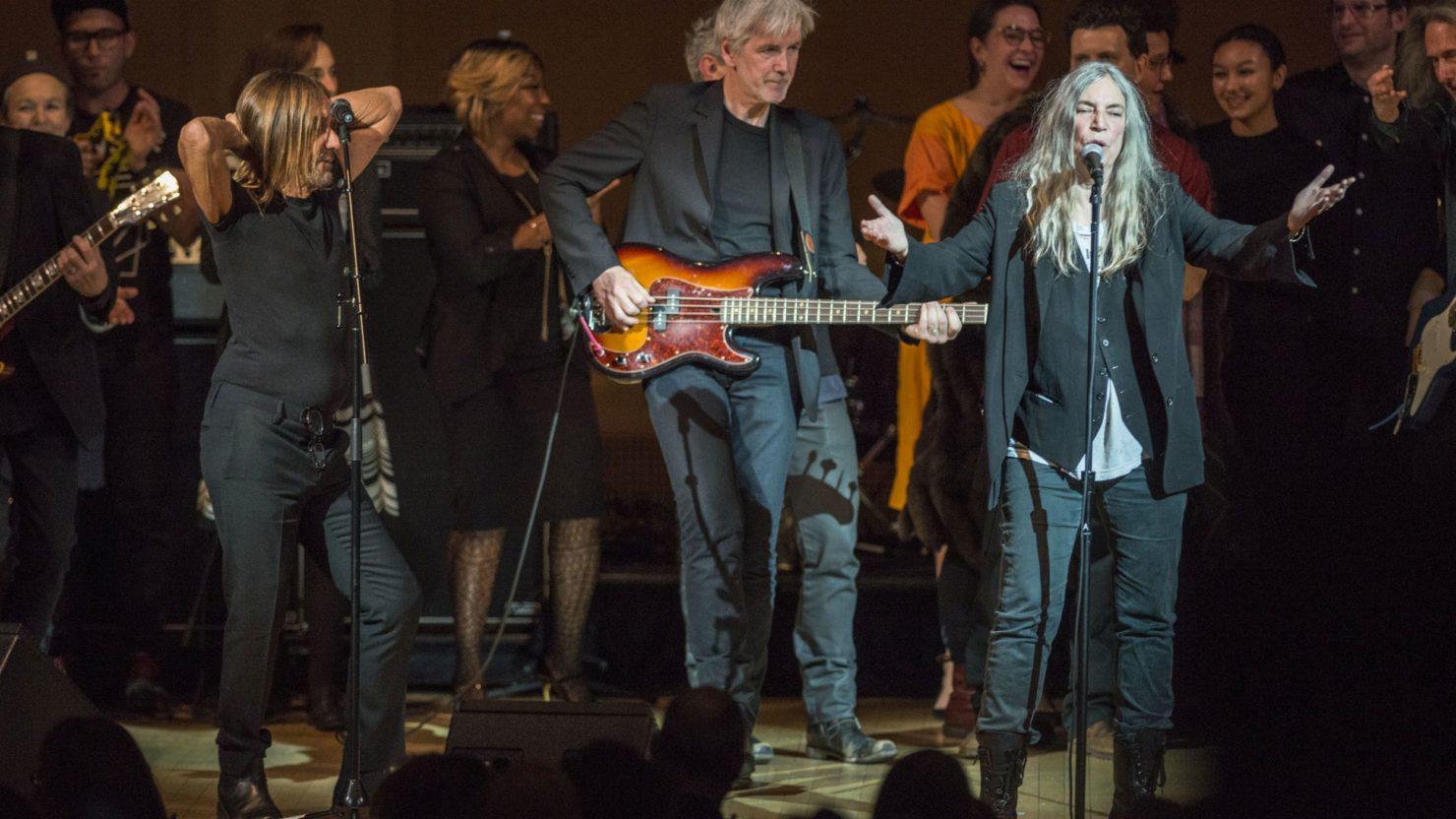 The annual concert that raises money for the Tibet House took place last week at Carnegie Hall, New York City. The non-profit organisation was founded in 1987 by Professor Robert Thurman, Philip Glass and actor Richard Gere – at the request of the Dalai Lama – to preserve Tibetan culture.

Many artistes have also availed themselves to voice out their political views along with raising awareness of the Tibetan resistance against the Chinese occupation. The Tibet House was clearly not the only ‘T’ they were addressing that night. Alabama Shakes played a stunning three-song set, including collaborations with Glass and the Scorchio Quartet on ‘Over My Head’ and ‘Sound & Color’. Iggy Pop joined forces with New Order for a rare rendition of Joy Division classic ‘She’s Lost Control’. Lou Reed’s widow, experimental phenomenon Laurie Anderson debuted a spoken word piece, with razor-edged proclamation that “you don’t look like a president to me” on her ‘Don’t Go Back to Sea’ – the president referenced is obvious.

And then there was the main event for the concert; Patti Smith. The most overtly political and stunning performance by the Queen of Punk herself saw her screaming “Show me your papers, boy!” when singing ‘Citizen Ship’, aimed at the issue of travel and immigration bans in the United States.

Smith stayed true to her essence, with her signature ad-libs and swearing. Her spirit of fire and ardour seared through the hall, starting off with a cover of Bob Dylan’s ‘A Hard Rain’s A-Gonna Fall’ followed by a track from her 1979 album Waves, the aforementioned ‘Citizen Ship’, and the finale, a show-stopping version of her anthemic ‘People Have the Power’, which had the 3,000-strong crowd on their feet and all the evening’s artistes joining her onstage to sing along. Closing it all off with a rather positive call – “Don’t forget that joy is one of our greatest fucking weapons!”

Although Smith has closed out The Tibet House Benefit Concert with ‘People Have The Power’ in the past, it was more on the nose than ever because of the United States’ current political climate.

Watch the fan footage below:

Philip Glass, who curated the concert and recently turned 80th on January, told PEOPLE Magazine at the post-concert gala, “At that time, the artistes made huge contributions. That was the time we had Allen Ginsberg and Ornette Colman. When things are bad, the arts are flourishing! And that’s why when you go to a concert, you feel that positive, because people respond to that. Looking at this two-party system where people don’t talk to each other, negotiations don’t really happen, no one talks about social justice anymore. It’s left up to the artistes. That’s what you saw tonight. Patti particularly picked pieces that had social impact, and I think it’s the arts that keep us going!”

More on the Tibet House here and the brilliance of Patti Smith here.