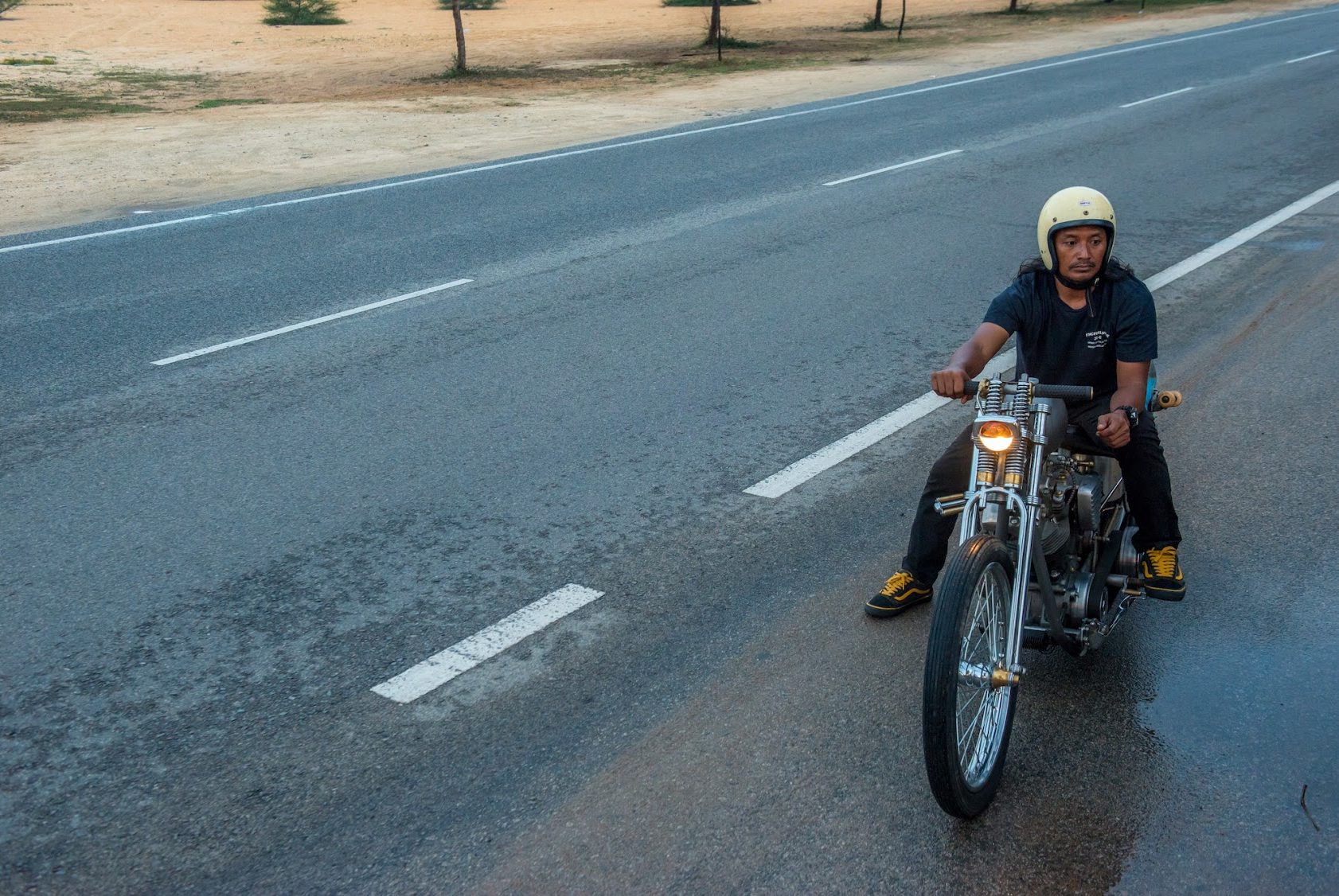 Most of you out there who aren’t keen on extreme sports probably have never heard of the name Pa’din Musa before, or know who he is. For those who do, you’d know that the man is a legendary skateboarder in Malaysia. Although not as widely known as names like Tony Hawk or Rodney Mullen, Ahmad Fadzli Musa, also known as Pa’din Musa, is definitely in a league of his own.

Pa’din Musa shocked fans everywhere when he announced his collaboration with Vans, the renowned sports footwear, apparel, and accessories brand. With this, Pa’din Musa is now the first Malaysian ever to collaborate with Vans to create a signature shoe colourway.

The kicks will be part of the Vans Pro Skate Classic footwear model series, one in Old School Pro and the other in Authentic Pro. Both of these silhouettes are personal favourites of Pa’din Musa, who is an avid fan of Vans himself.

Pa’din Musa is not only a professional skateboarder, but he also has a huge passion for bikes. It’s obvious he has a streak for loving all things thrilling, smooth, and dangerous. Being a bike enthusiast, Pa’din chose the colour black and citrus for his Vans, which is inspired by his favourite vintage racing jersey. According to Vans, the colour and pattern imprinted on the sidewall of the shoe are the exact tire pattern that Pa’din favours on his wheels.

What makes the shoe more special than it already is, is the handwritten addition on the insoles of the shoe by Pa’din Musa’s sons, Fahim and Fayadh. It’s heartwarming to see Pa’din share such a feat with his sons, which in return will become an intimate memory between father and sons in the future.  #REPRESENT

It’s truly awe-inspiring to see the accomplishments of Pa’din Musa, as he unlocks another milestone in his career as a local skateboarder.

To all the fans out there, the shoe will be available across Malaysia and Singapore in any Vans store from 2 December ’17 onwards. The Authentic Pro will be retailing at RM299 and the Old Skool Pro will at RM319.

Also watch out for the Bata Hotshots comeback:

Time to get it back on trend again.