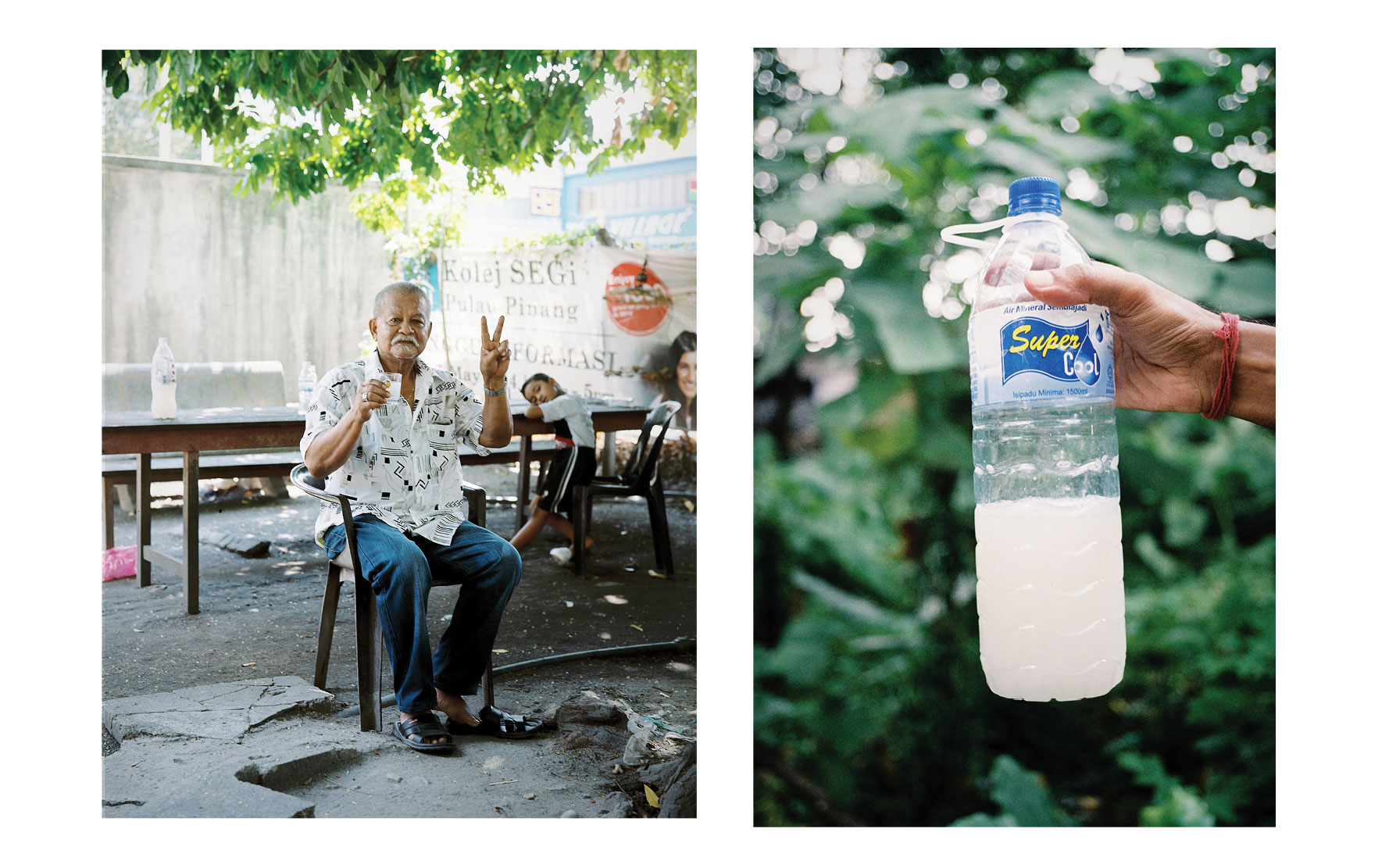 Toddy as a Malaysian Cultural Heritage

Last year when we first visited Penang, our friends from there happened to take us to a toddy place on the island – a drink we didn’t even know existed at the time. Now though, we know there are a bunch of toddy places around Malaysia, even if they have the tendency to disappear. But this one — located in an old colonial house – was our first contact with the fresh and sweet palm drink.

Seeing that it (drinking toddy) was something of a routine for the other customers, we wondered where this habit of drinking toddy came from. After researching about that very subject, we failed to gather much information; neither when it originally began to be produced as a desired alcoholic beverage nor where exactly it was originated from was the sort of question you could Google for answers, apparently. However, this 100% natural liquor isn’t only drunk in Malaysia, it can also be found in different places under different names – but similar composition, of course. Fly to Congo, Nigeria, Indonesia, Southern India, Philippines, or even Mexico – you bet your ass you can find toddy.

Coming back to the kedai tuak in Penang, aside from the local alcohol, we were also mesmerised by other things that weren’t as obvious as palpable objects. Firstly, when you spend a while in Malaysia you’d realise how expensive taxes on alcohol are. But toddy has no taxes – it was around RM5 a litre and half.

Earlier this year – more educated in the palm wine this time around – we came back to the same toddy place in Penang and spent time there during a couple of long afternoons. What we found there, that wasn’t much like other kedai tuak we had been to in KL, was that tuak had an important social role. But it wasn’t exactly the same as some areas in India (state of Andhra Pradesh) or in Nigeria where toddy plays an important role in some of the rituals and ceremonies; weddings, birth celebrations, funerals, and the drink is even infused with medical herbs as a natural remedy for some sickness.

Instead, these new friends we were acquainted with here (whose names will remain anonymous) meet every single day for drinking purposes. During these two days of drinking with them, we talked a lot about life, drama, sentimental breakups, slave-like working conditions, solitude, death of relatives, and other complex realities. It was all very emotional. Some of them really looked like they had a problem with alcohol, like D who explained to us how the big scar on his leg was due to a crash he had from riding his motorbike drunk – he still rides drunk. But far from judging them, it was nice to see that they can create a community and get support from one another.

We had great chitchat that went from the serious to the humorous. At times, it was also such an educational experience where the guys explained to us the benefits of drinking toddy; great source of vitamin B, more refreshing than other alcoholic drinks during unbearably hot days, a nice complement to baking or cooking (due to the yeast), helps with digestion, good for constipation, used in the old days to help kids that had lost their appetite and, of course, cheaper than other alcoholic drinks. ‘twas such a moment full of learning and exchanging emotions but probably the best knowledge we gained was a trick they confided to us; mixing toddy with Guinness.

By far we were the youngest at the kedai. This isn’t a complaint, mind you, sometimes it’s good to sit and hear older people tell stories about life. With slight nostalgia, one of the owners kept explaining to us that the place had lived through a golden era where tables were full of clients and the 40-litre barrels were quickly drank to their very bottoms. Today, the shop is far from what it was during that golden era – it has arrived to a point in which in five years’ time, the kedai tuak would be untenable for business.

As far as we know, there are some remaining kedai tuak around Brickfields, Sentul, and also Klang. And a few others on Penang island, its mainland, and around the whole country as well. While alcohol consumption is apparently growing, it is an observable fact that the toddy tradition is sadly disappearing. People today prefer distilled drinks and beers, which are neither natural nor traditional Malaysian drinks. Quoting the words of A. Pusparajan from a Rakyat Post article on toddy:

“I see it as a heritage, a reminder of the nation’s past, and part of the story on Malaysia’s multiracial society.”

David Simon Martret and Blanca Galindo are the Leafhopper Project. Both skilled photographers with an interest in visual anthropology – documenting the human condition beyond just street snaps with inspirational/elegiac quotes – the two have explored anything from the rise of Krokodil in Russia to legendary gay club Blue Boy in Kuala Lumpur.