Dams in Malaysia are important because they help store water, generate electricity, and prevent floods

Thanks to dams, there is access to water all year round.

But that’s not all. Dams are also responsible for irrigation, particularly paddy fields, providing water for industrial use, and even for recreation.

1. There are 72 dams in Malaysia, 20 of which are hydroelectric power stations

These multipurpose dams not only supply water, but also power homes across Malaysia.

According to the International Hydropower Association, 11% of Malaysia’s energy comes from hydropower. However, Malaysia has so much more potential for hydropower thanks to our natural resources.

In Malaysia, we are no stranger to flash floods. This is largely due to the two monsoon seasons we experience each year (May to September, November to March).

According to the Department of Irrigation and Drainage, dams like Batu Dam, Semberong Dam, and Macap Dam are specially constructed to control these floods.

Without dams, we would experience the full effect of floods each time it rained heavily. But dams help prevent floods by storing excess rainwater and releasing it in a controlled manner. To make room for excess rainwater, the water level in dams are kept below a certain level before the monsoon seasons begin.

3. Besides keeping us safe in rainy seasons, dams allow our paddy fields and crops to continue growing even in dry seasons

Muda Agriculture Development Authority (MADA) is responsible for releasing water from Pedu Dam, Muda Dam, and Ahning Dam into over 100,000 hectares of paddy fields in Kedah, where most of our rice comes from.

Thanks to the water from dams, farmers in Malaysia are able to harvest paddy crops twice a year, allowing us to fulfil our daily nasi lemak cravings all year round.

4. Beyond all that, some dams in Malaysia have become recreational spots, offering breathtaking views and providing leisure

For fishing enthusiasts, dams like Temenggor Dam and Kenyir Dam offer the opportunity to catch rare fish species like toman, that can weigh up to 20kg! People visit from around the world just for a chance to reel in this big catch.

In preparation for the Northeast Monsoon, Tenaga Nasional Berhad (TNB) recently announced that they have prepared their three hydroelectric dams to mitigate flood damage

In anticipation for the monsoon season, TNB has held briefings and emergency training sessions in hydroelectric stations and their offices. According to TNB’s Chief Generation Officer, Roslan Abd Rahman, measures have also been taken in collaboration with local authorities and relevant agencies to increase efficiency.

Read more about it by clicking, here.

Things you need to know: Get your backpack ready! 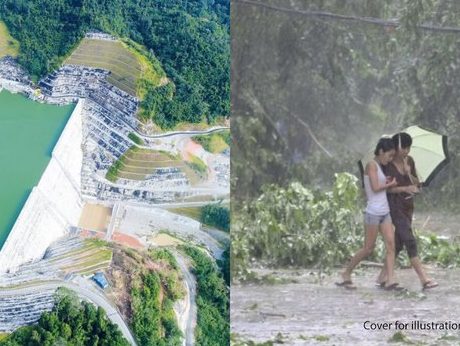 The TNB dams have the capacity to store water upstream, which can prevent bigger disasters from happening.