We are all gathered here today to say goodbye to the grinning orang utan in sunglasses, infamous for its appearance on that ugly ‘Visit Malaysia 2020’ logo that made headlines awhile back. RIP, you will not be missed.

In all seriousness though, the Tourism Ministry has finally decided to stop monkeying around and might just remove the orangutan. According to NST, its minister Mohamaddin Ketapi said the logo had come under intense criticism and back-lash from netizens since it was introduced early this year.

“We will improvise on the logo… we may get rid of the grinning orangutan in sunglasses… many have criticised it, saying that it looks hideous,” he said, adding that it was difficult for him to defend the logo with so many negative comments about it.

Former Tourism Minister Datuk Seri Nazri Aziz said that the orang utan and proboscis monkey were wearing sunglasses to show that was Malaysia was a sunny country. Like, being a tropical country located at the earth’s equator wasn’t enough of a giveaway?

As for the tagline, it will probably be the same as it was drawn from the World Tourism Organisation’s ‘Travel. Enjoy. Respect.’ campaign that was launched in August 2017, which urged tourists to respect the “nature and the culture” of the country they were visiting.

Although Nazri had initially defended the logo with rather flimsy excuses like “If we do not include these animals in our logo, other countries will claim them” and “I’d rather trust my staff than the netizens… it was never meant for the locals, it was meant for tourists”, Malaysians were not on board at all. We hated it to the point that thousands of people signed an online petition calling for the logo to be dropped.

8 months later, we guess the majority won as Ketapi stated that the ministry is planning to organise a contest for people to come up with a new design.

We believe Malaysians are up for the challenge as they did a damn good job the first time around. It wasn’t even official, so imagine what our fellow Malaysians might come up with next. Click here, to check out their awesome alternative takes on our ‘Visit Malaysia 2020’ logo. Okay, we can’t wait for you to click, so here’s one of our favourite designs below… 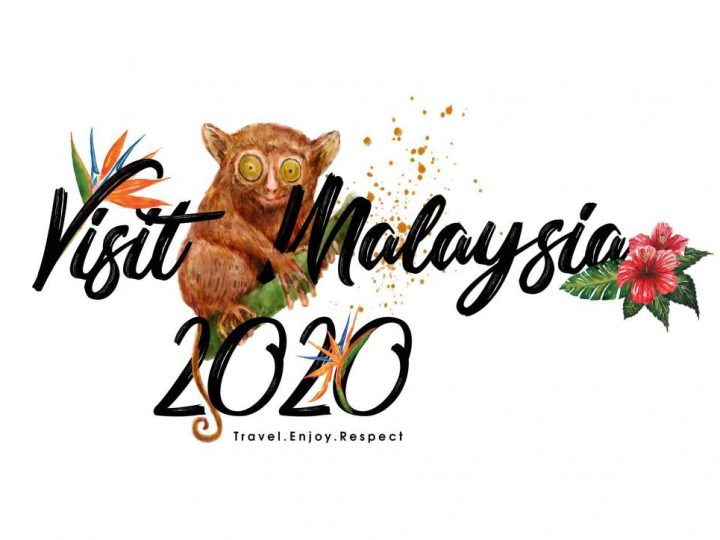 Is the Ministry of Tourism & Culture playing a joke a with us?