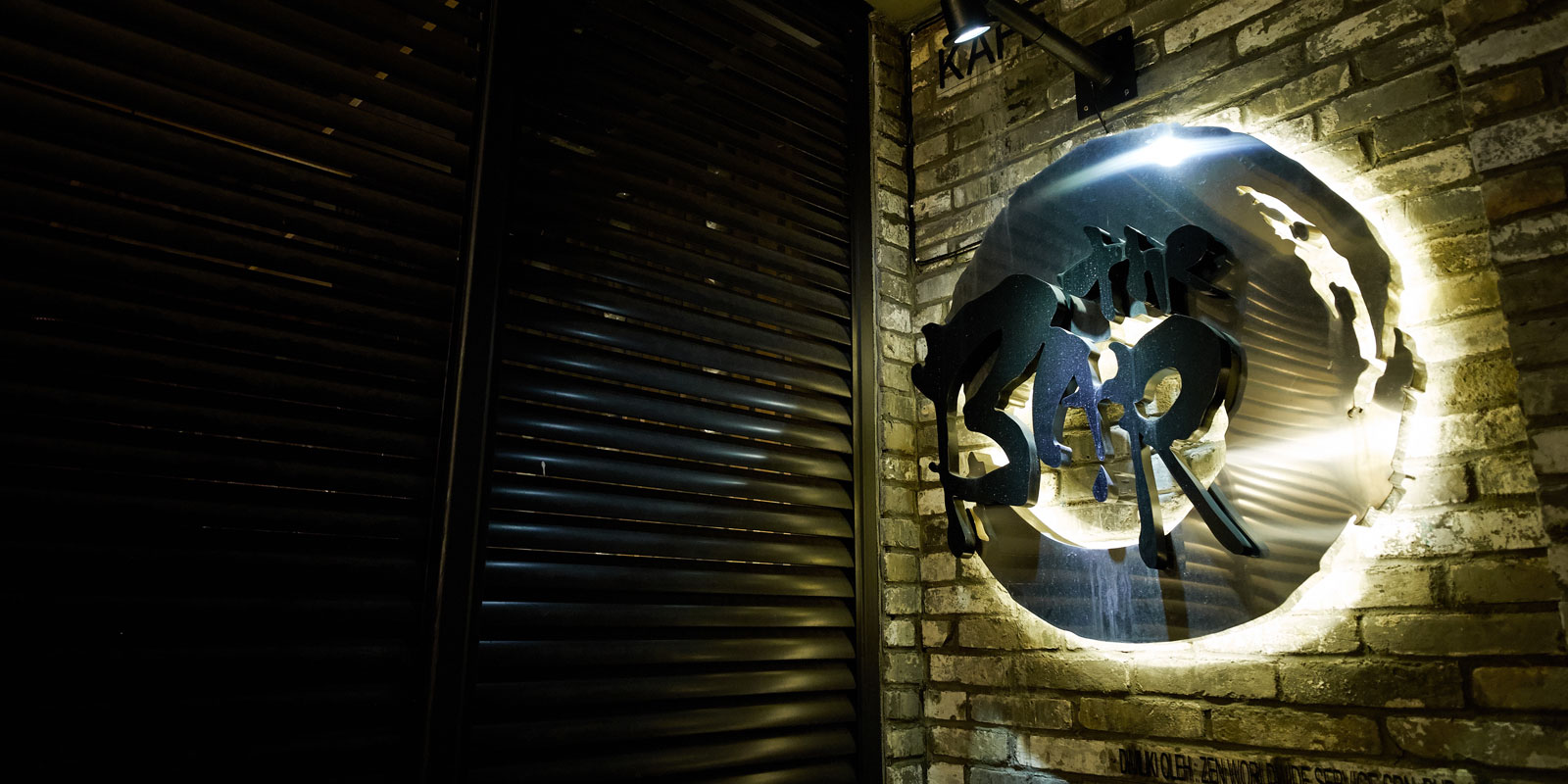 Cocktail bars – or speakeasies as they fancy themselves here – are a dime a dozen now in Klang Valley. Oftentimes these venues would be steeped in novelties; ‘discreet’ location that isn’t that obscure from plain view, bad Probation Era décor, and the worst offender, unnecessarily embellished drinks. The Bar, with its matter-of-fact name, strips Malaysia’s cocktail bar trend off its pretension – owner Sam Kinugawa and protégé Tom (anglicised names to make things easier for locals) are Japanese after all, and as artisans of any kind there, they care as much about function as they do form. Style is an afterthought, and though Japanese minimalism is a style genre in its own right, it’s really a corollary of their utilitarian discipline.

Although not meant to mimic a hole-in-the-wall like other venues of its ilk, The Bar is located on the rather rarely frequented first floor of Empire Damansara. But its sign is conspicuous, and upon entering the dimly lit premises, you’d immediately notice the halo beams illuminating its pristine wooden bar – exactly the perfect lighting for your ‘gram. Staffed only by Sam and Tom, there is an immediate intimacy to its barkeep-patron interaction – this is despite the fact that verbal communication with the two can be halted due to language barrier. However, the relation you’d develop with them is closer to that of a master sushi chef experience, particularly if you chose the bar seats. Sushi legend Masa Takayama – who himself has opened a cocktail bar – made the same analogy to Eater; “I realised a few years ago, [cocktails are] very much like Japanese cuisine. Japanese cuisine [is] always [about] balance.”

There’s something ineffable about soaking in the elegance of form shown in their cocktail-making; movements are economical with zero showboating, ingredients are used with prescient balance and nil furnishings that add nothing to taste, and regardless of amount of customers, their focus won’t be tarnished by the need to rush. These are two artists crafting their art, after all. The drinks themselves are kept to mostly classics, a tell-tale sign of a quality bar is the quality of such – exactly why we were elated when they offered us the mainstays first before moving to cocktails new(er) to this city’s still growing scene.

And so, as prepared by protégé Tom, it is the simple Moscow Mule – a relatively easy vodka cocktail to make – that makes for a good gauge of The Bar’s ‘craft’ cocktail bar cred. This can be measured via a few things; 1) if an ingredient could conceivably be made by the bartenders themselves, it should – the ginger ale used here is homemade by Sam himself; 2) ice matters – prepared three days in advance, the cubes are clear with no significant cloudiness (and only cut into shape by the drink); and 3) the taste test succeeds beyond passing, this isn’t treated like a throwaway drink at all (elitist mixologists tend to have an aversion to its simplicity).

The same principles apply to the rest of their classics selection – the Martini is stellar (albeit a little too strong) with its high-end choice of Vermouth, the Old Fashioned comes with an ice ball (hand-carved on the spot) that really does embolden the said 10-minute lifespan of a cocktail, and particularly of interest, the beer cocktail made infamous in Tom Cruise’s Cocktail, the Red Eye, is served here as well. For something even less expected than the jock-y Bloody Mary alternative, The Bar has a multitude of off-menu sake-based cocktails – often infused with fresh juices. The Nashi specifically, with its Blue Curaçao, pear juice, and some lemon, is quite a highlight in its balance; the higher acidity level of the junmai-shu sake used here, which gives it a more savoury taste, is offset by the fruitiness, giving the drink a cocktail equivalent of ‘umami’.

As bars are supposed to be, the food menu is minimal, limited to only a few selection of delicious smoked canapés (cheese, octopus, scallops, to name a few). But that’s more than adequate – a visit to The Bar is one for the cocktail enthusiast who has perhaps grown tired of novelty drinks. So, come over, sit by the bar, and order a classic.