When I was younger, sneaker shopping was hard, especially when it comes to the aesthetics. “Do I want black or black with gum or both?!”

As time went by, 20-something year old me now appreciates both fashion and function. Most sneakers sacrifice comfort for looks but function shouldn’t come in second, it should be hand-in-hand with design.

The Nike Air Max has a long history since its introduction in 1987. A name that has evolved over generations, you can see youngsters kicking it with a pair of Air Max.

There have been many milestones, Nike has continuously pushed their tech to the next level. And now, the Nike Air Max 270 React is here.

It carries the lineage of Air Max’s before it while utilising the React technology for a smooth transition from heel to forefoot, with an energetic sculpting. Each colourway, as Nike says, translates a specific artistic style or movement in its blocking hues.

The lead launch colourway below is a tribute to the 100th anniversary of Bauhaus, while other colourways explore geometric compositions, mid-century-inspired colour blocking, San Fransisco psychedelia and more.

The upper materials used look a bit thin at first glance but the reason Nike chose the no-sew materials is to mirror a traditional cut-and-sew look, making the kicks look fresh and clean, as well as making it feel like second skin. It looks exactly how it should – futuristic, edgy and embedded in Nike DNA.

Putting them on was an easy task with the heel hook and laces that would never untie themselves. I can feel a sense of freedom while moving my feet in them unlike other casual shoes with thicker materials. Once I got used to the bounciness of the sole, it was a smooth stroll all the way.

I wore them to the office and to different places during lunch and dinner, and to a party – using the MRT to each place. The Nike Air Max React 270 left a good impression on me, but that was only the first day.

Since Snow Patrol was in town last August, I figured it was a good time to test whether these kicks could withstand the pain of standing in a crowd for hours. It’s been a few days, so I’m well in-tuned with its bounciness. If nothing else, the initial awkwardness of the ‘bounce’ now feels more like the support my feet never knew (and now, can’t live without).

Although it was a 2-hour plus show, there was no moment where my feet felt sore or tired. Some shoes can hurt your feet, but the Nike Air Max 270 React is your best friend at a concert or festival. There were no unwanted blisters thanks to the protection it gave.

Why walk on water, when you can walk on air?

After spending time with the Nike Air Max 270 React, I can honestly say that it’s one of the most comfortable and aesthetically pleasing shoes I’ve ever been in. The heel is obviously the star of it all, giving you maximum durability all the way.

It features cutting edge tech from both the Air Max and React series, with great colourways and gives you the support that your feet need. For gym, concerts, or just my everyday routine – The Nike Air Max 270 React have become my go-to kicks!

The Nike Air Max 270 React retails at RM609 a pair. You can get a pair at nike.com or Nike stores nationwide. 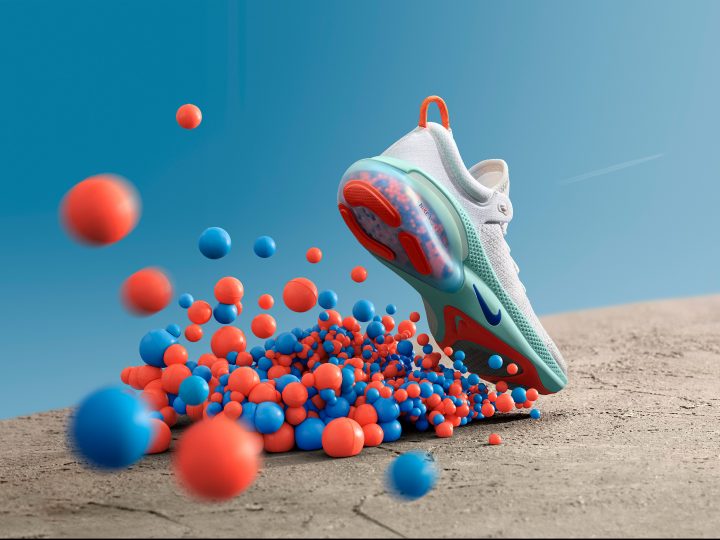 Keep on Running: The Nike Joyride is Designed for All Types of Runners

With Nike, you can #JustDoIt A kickin’ combo for leisure & performance