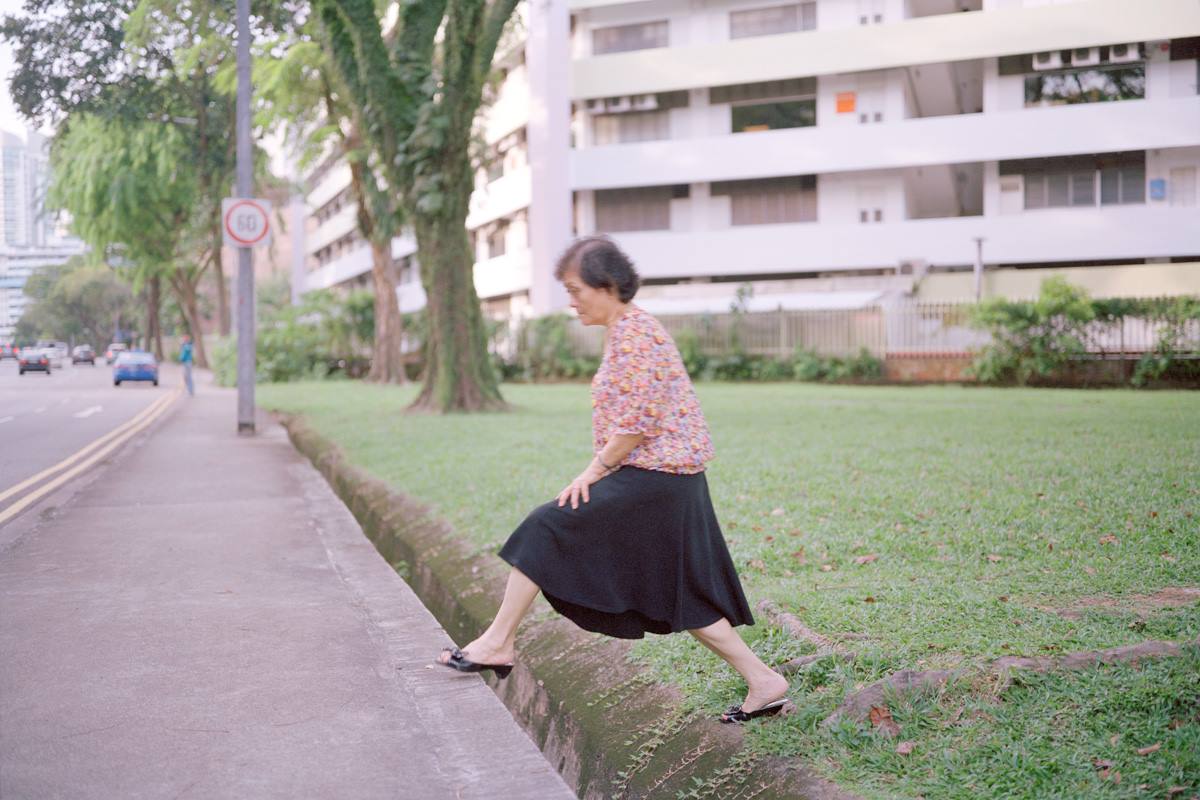 One of the most compelling aspects of the work by Singaporean photographer, Nguan, is his ability to capture the paradox of urban living; the ever-increasing loneliness that wraps itself around city-dwellers despite living in such close quarters to one another. His photographs portray candidly framed, often solitary subjects engaging in mundane everyday activities against a pastel urban landscape.

His Singapore series explores themes concerning life in a city caught between the past and the future, resulting in photographs that depict the present as moments suspended in dream-like limbo.

On taking photographs of strangers, Nguan prefers to maintain a distance between himself and his subjects. “I’ve found that compelling portraits can be made two seconds after meeting someone,” he said in an interview with the Editorial Magazine. “In fact, shallow familiarity can obliterate a tension that can be valuable for good pictures. The most average of images result from forced ‘getting to know you’ chats, like the sort you see on Humans of New York and its gazillion imitators.”

Renowned for his use of pastel tones, Nguan’s body of work presents a dream-like facade that conceals the deeper anxieties that accompany life within a metropolitan landscape.

Nguan’s work also touches on taboo subjects such as prostitution and brothels. His series Singaporean Brothels (2012) explores how the establishments are “emblematic of the country’s pragmatism […] Singaporean authorities would see a need to allow and regulate outlets for something as potentially unhinged as desire.”

Nguan has also taken photographs in other cities like Tokyo, New York, Paris, and Los Angeles.