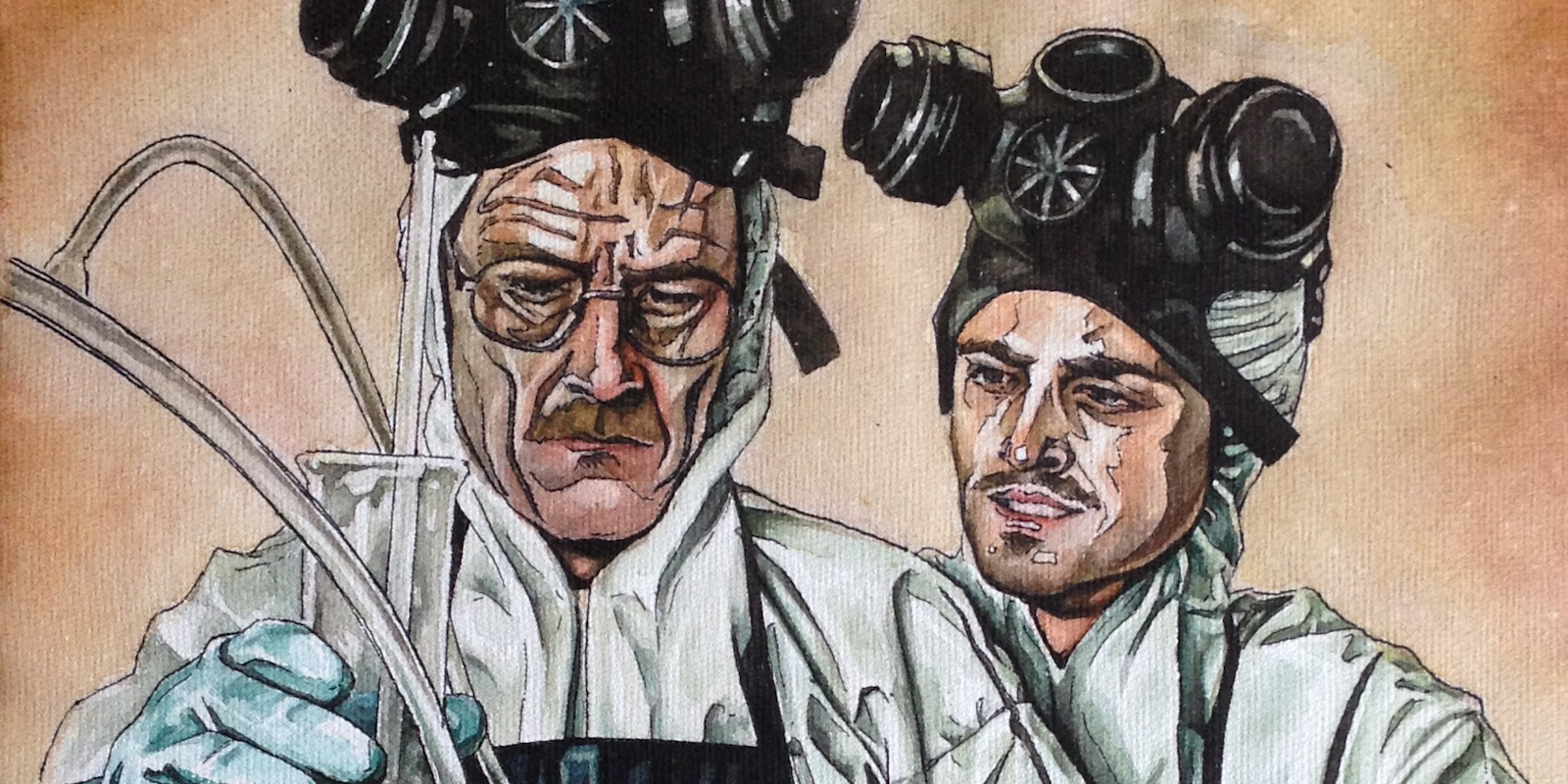 Professional jobs can be mentally exhausting no matter the enthusiasm one has for it, so much so that seeking artistic outlets to keep one’s sanity intact has become the norm. Some find it by being behind a camera, others by performing on stage, and for those not so artistically inclined, it’s by volunteering at NGOs. In Nazrin Shah’s case though, it’s by holding the paint brush.

Nazrin Shah began creating his sanctuary with paint from the young age of three by drawing cartoon characters – mostly due to his pop cultural relationship with mutants from X-Men. At this point, what he put on canvas was something he did as a form of enjoyment rather than “to escape.”

A decade later, art became a compulsory subject Nazrin had to study in school. As he relayed to us, he was taught by a self-proclaimed pelukis negara who embodied the kind of glamour found in pretentious artists – he exhibited his expensive brushes and paints often and overused fancy terminologies – unfortunately, his colourful personality would have been more valuable had he been present for more than four classes a year. So, Nazrin essentially taught himself how to progress as an artist, which contributed to his personal belief of mentors as being nonessential to studying art – art, to him, could be learnt without institutions. “Observe and study, and of course, practise, practise, and practise some more. Be a fair judge to yourself — criticism is good. Look at paintings done by the masters — its all over the internet — learn from what you see.”

These days, the painter finds his time with his precious mediums – oils, watercolours, and inexpensive ballpoint pens – to be limited as he’s fulfilling his housemanship in India. Though despite studying to become a doctor, Nazrin’s determination to work on art full-time remains vigorous.