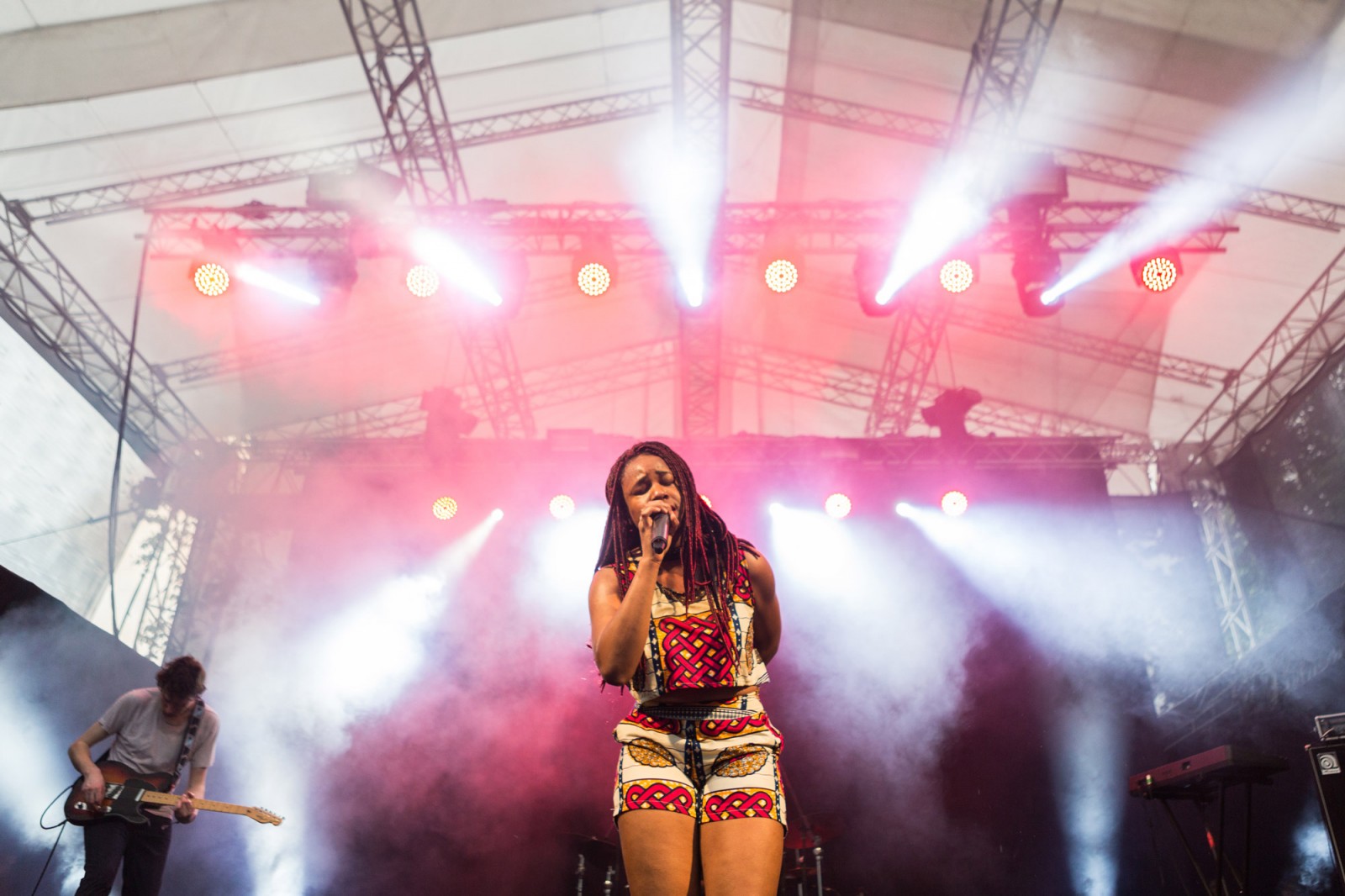 We’ve heard jazz, funk, and r’n’b, but none of those genres label NAO’s music accurately. There’s something more to this British singer-songwriter’s production that made it difficult to fit into existing boxes, though she was quick to catch that on her own and thus decided to describe her music as ‘wonky funk’ instead. Strange, but we’ll take it.

Prior to playing at established festivals such as Glastonbury and Laneway, NAO had been a backup singer who spent six years being part of an a cappella group, not to mention that she also clocked in time as a choir teacher. In addition to that, she enrolled herself into studying jazz at London’s Guildhall School of Music & Drama. So, in short, this girl knows how to utilise her vocals to the best of its capabilities and vocation potential.

While we were at Laneway Festival Singapore ‘17, we managed to speak NAO briefly before she went up the stage. Hurriedly, we asked what moment she captured in her debut album For All We Know, her opinion on sad songs, and which lyric of another artiste’s makes her feel like a summer’s day.

“[Moments in life] can’t be perfect because everything is moving.”

In a previous interview, you mentioned that an album can never really be finished because life is constantly moving. So, what moment were you trying to capture in For All We Know?
I think I was trying to capture an honest moment of myself and where I was in my life at that time by putting it in a little box or an album, and it can’t be perfect because everything is moving — your life experiences are always changing, and so that was kind of a snapshot of my 20s.

What were you going through then?
Like love, heartbreak, finding my independence.

How do you decide which moment you should focus on when you’re writing an album?
The music decides for me — the chords, the beat — whatever emotions that it evokes is what comes out. I think it’s usually sadness ‘cos that’s the easiest thing to sing about for most people, I find.

“I think sadness is something that connects really, really well across the world.”

Why do you think that is?
I think it’s just like, I like sad songs. It’s so much nicer on the ear, I think sadness is something that connects really, really well across the world. I’m not saying happiness doesn’t but sadness is as an emotion that wears on the heart and it hits you in the right spot.

As someone who was a student of a music institution, do you think that creativity can be taught?
It can teach you how to hone your creativity, but I think creativity is something that you’re born with. It’s instinctive and you just need to find someone who can nurture it — it can be by going to a specially trained school or spending time and figuring it out [yourself].

Do you feel like you need to be socially connected? Especially in this day and age where artistes usually promote themselves using their respective social platforms.
I absolutely do, but it’s like social media keeps changing and I also like to keep myself back, because as well as a musician and an artiste, I’m also human and I don’t know if everyone needs to know [about] every aspect of my life, so I won’t give too much away, sorry (laughs).

You’ve said that being perfect is overrated. Why do you think that?
I realised that perfection doesn’t [really] exist, it’s just an idea and interpreted to you as an individual. I know it’s a hard thing to reach for, so, [I] don’t bother (laughs).

This is a little random, but we’re curious to know what lyric resonates with you the most?
There’s so many! I’d say Stevie Wonder, he’s one of the greatest lyricists of our time — really honest, clear, and precise. As for a particular lyric, it’d be, “My cherie amour, lovely as a summer day.” That’s just a beautiful sentence in itself and it’s so nice to sing as well.

NAO performed at Laneway Festival Singapore ’17 on Saturday 21 January ’17 at The Meadow, Gardens by the Bay.