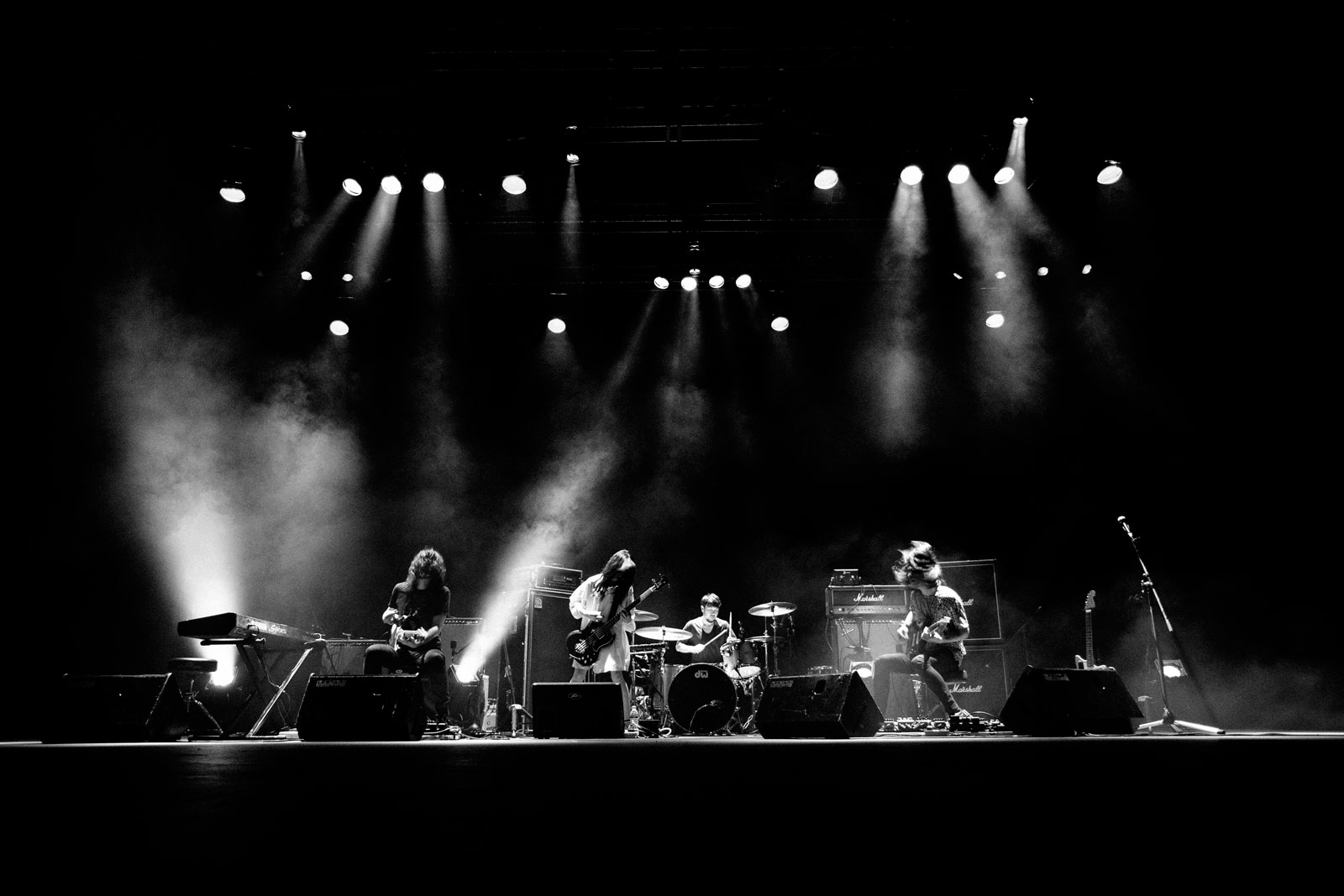 Japanese post-rock outfit MONO played live at KLPAC last week as part of their tour for their new album Requiem for Hell. Here’s our takeaway from their fifth time in Malaysia.

An Asian band, dejected by the then seemingly dead underground scene in their home country (Japan, by the way), and unable to fit with what’s considered commercial music, they stuck to their guns and looked for alternative routes to success. Pretty relatable, if you ask us.

Close to 20 years on (18, to be exact) and they’re fine with still being relatively unknown mainstream-wise, comforted by the fact that they win over new fans with a good live performance instead of over pushing their marketing.

You can check out our interview with lead guitarist Takaakira “Taka” Goto on this topic here.

Their set at Pentas 1, Kuala Lumpur Performing Arts Centre (KLPAC) last week was their fifth time playing in Malaysia in nine years. A relatively high frequency for an international act. Yet, they managed to still rope in new audiences.

This was made obvious by the audible clapping before a song was over, by people confusing a rest in a song for its end.

A fellow music journalist, albeit younger, was overheard uttering, “I can’t get a good photo of them. They’re just looking down the whole time.” The same journalist who Taka, during the interview before the gig, took the time to explain who My Bloody Valentine is and how they influenced MONO’s sound. Though said journalist probably did not expect the band to be ‘shoegazing’ quite so literally.

The performance itself was comfortingly familiar for a returning fan, with the addition of new material.

The band opened with ‘Ashes in the Snow’ from their 2009 album Hymn to the Immortal Wind, which eased the audience in with the calmingly bright glockenspiel introduction that shifted to darker mood to set the tone for the rest of the night.

It was disappointing however, that it also set the tone for the gig to be short on actual music from Requiem for Hell (RFH).

Following ‘Ashes in the Snow’, the band played ‘Death in Rebirth’ which was the opening track for RFH, and one of only two that were played. The other being the album’s title track, ‘Requiem for Hell’.

We definitely would have loved to listen to the entire album live, considering RFH was written to be listened as a whole. But perhaps it would be asking too much to cut out their hits from their set.

The band played ‘Dream Odyssey’ from album For My Parents, ‘Pure As Snow’ from Hymn to the Immortal, and ‘Recoil, Ignite’ from Rays of Darkness.

None of the band members spoke throughout the night, up until they came out for their planned encore, where Taka took to the microphone to give his thanks before playing ‘Everlasting Light’, a third song from Hymn to the Immortal.

The band received a standing ovation (it was a sitting gig, by the way) as they ended the encore.

And to prove our point on the inspiring bit, the guitar nerd-types that flock post-rock gigs immediately rushed the stage as soon as the band stepped out, simply to snap pictures of the band’s gear.

There were not many usual faces at the gig, presumably because they would have caught MONO during any of the four previous times they performed. But if MONO were to announce they’d play RFH in its entirety, it would be hard for us to argue against a sixth go.

If you haven’t, check out our interview with Taka here.