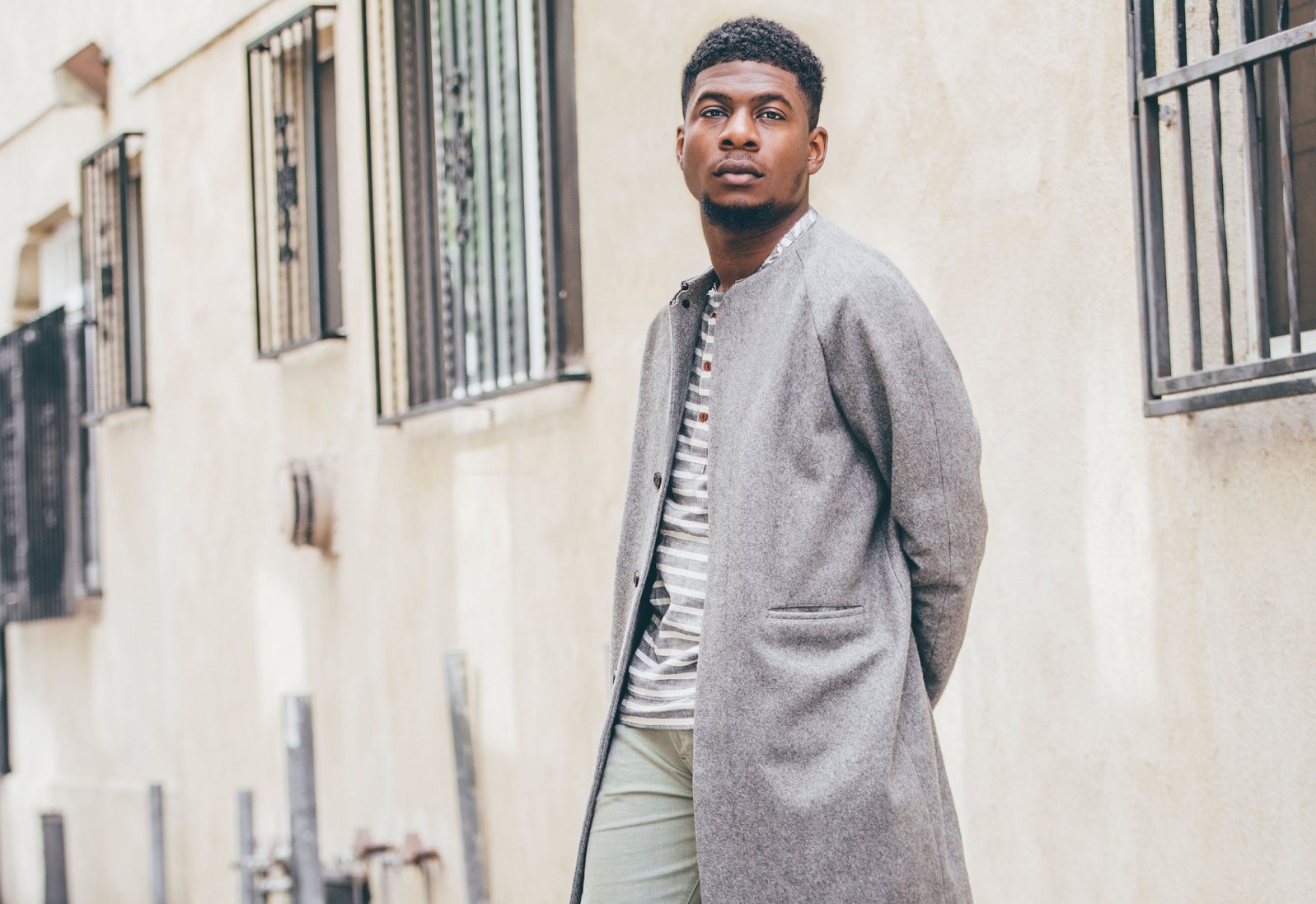 Conversations that revolve around emotions are usually ones that are tough to hold; some don’t know how to react to what’s being articulated to them while others find describing how they feel to be a challenge worse than solving a sudoku puzzle. But then, there are some who dedicate their time to understanding what’s often misunderstood or dismissed by a vast majority of individuals and later translating it into various forms of art in hopes of offering new perspectives to subjects that aren’t spoken of often; like Mick Jenkins.

The 25-year old began his career as an artiste in the beginning of 2012 — his inauguration into the industry happened after the release of his first mixtape, The Mickstape. Now with the recent release of his debut studio album, The Healing Component, he’s since created a particularly colourful résumé that includes notable collaborations with Chance The Rapper, Vic Mensa, Kaytranada, and BADBADNOTGOOD, establishing himself as someone who is poetic about feelings without being painfully depressive about it. Ahead of the forthcoming Laneway Festival Singapore ’17, JUICE managed to speak to Mick over the phone about the importance of self-love, why realising that validation from others is a tough habit to break, and staying on the right path.

There seems to be a fair bit of jazz in your music, what was your introduction to the genre?
It was back in high school, I went on a date with somebody who said that she really liked jazz (laughs). I said that I did too, knowing nothing about it. Then, I went home, searched [for] all the jazz that I could, listened to a bunch that night and made a little CD, and that’s how I got to hear about jazz artistes.

“We don’t know what love looks like or what it is, and it’s necessary for us to be talking about it to understand it.”

That’s kind of a cute story! Speaking of stories, how would you describe The Healing Component to someone who’s not heard your music before? What can they expect to hear?
(Laughs) I don’t really try to describe my music too much anymore because honestly, I think it requires me to compare myself to other people, it requires me to explain myself musically in a way that I can’t really do or in a way that I don’t really care to do. The content of what I’m usually talking about when I’m explaining to people what The Healing Component is; first and foremost, all I was really trying to do was to start a conversation about love. We don’t know what love looks like or what it is, and it’s necessary for us to be talking about it to understand it. That’s really all I’m saying.

At the end of title track, you talk about self-love and how people tend to dismiss that part of love — and you’re right in the sense that not many people want to address that with themselves because perhaps they don’t see its true value. So, how did self-love become important to you?
It was something I needed to address for myself. Self-love became important to me after I delved into love and talking about love – two years is how long I’ve been working on The Healing Component and it became very apparent to me that self-love is very important. You gotta be self-aware to affect people in the same way on a large scale when you’re talking about love. You can’t really be unsure of yourself or not love yourself or not have the knowledge of what that is or how that works to speak about it the way that I did.

Yeah, but unfortunately many people fall victim to seeking validation and love from others instead.
I think it’s something that should be talked about, it’s something that should be recognised but it’s very hard to recognise because it’s something people would get offended to have to or be forced to realise about themselves. It’s delicate, you know what I’m saying? When you need to recognise the shortcomings of yourself or where you rely on things you really shouldn’t; it’s hard to tell people the truth about that, make them face it and change it.

“I think it’s harder to have a loving personality in the midst of turmoil, arguments, disagreements or you know, shit that goes on in the world.”

There is an association to a person feeling “too emotional” if they are open about their feelings and more often than not, being vulnerable is considered a flaw. What’s your definition of vulnerability in this context as someone who has regular conversations about this topic?
I don’t know, I wouldn’t necessarily call it a good thing — it can be good — but it can be weak. I think it’s harder to be vulnerable, I think it’s harder to have a loving personality in the midst of turmoil, arguments, disagreements or you know, shit that goes on in the world. I think it’s easier to shut down and not be so vulnerable. I wouldn’t say that it’d make you weak, I look at it in a very opposite way, I think it’s very easy and very weak to react how most people do in the face of vulnerability — especially in love. It’s hard to be consistent with that, stay open and be honest in that arena.

There’s an unspoken expectation for artistes to know everything and have it “all together.” You are someone that people look up to for a lot of answers as well – why do you think that is?
I don’t think I am, I just tell them what I have to say… I’m very genuine with it — more than anything, I’m real and genuine about the things I feel. These things actually happened to me and that I’m retelling that story for people to hear, I’m very open about how much I don’t know about what I’m talking about, I’m open about the mistakes I’ve made and the path to learning and understanding these things. I definitely don’t feel like I have it all together in any way, but I do have some things that people don’t and people have things that I don’t, so I just try to remember that.

You seem to be someone who immerses himself in different situations and feelings on a regular basis. How do you keep from being consumed by the outside noise or negativity?
It’s hard, I don’t really know how, I just do. It’s constant, every single day, there’s a lot of ways that this shit is stressful — it pushes you to feel a certain way, ways that a lot of people would never know about and not really understand. It’s hard, but like anything else that’s difficult, I just pray. I hope for the best and keep working for the best — I’m staying true to myself and making sure that I’m learning and growing every minute.