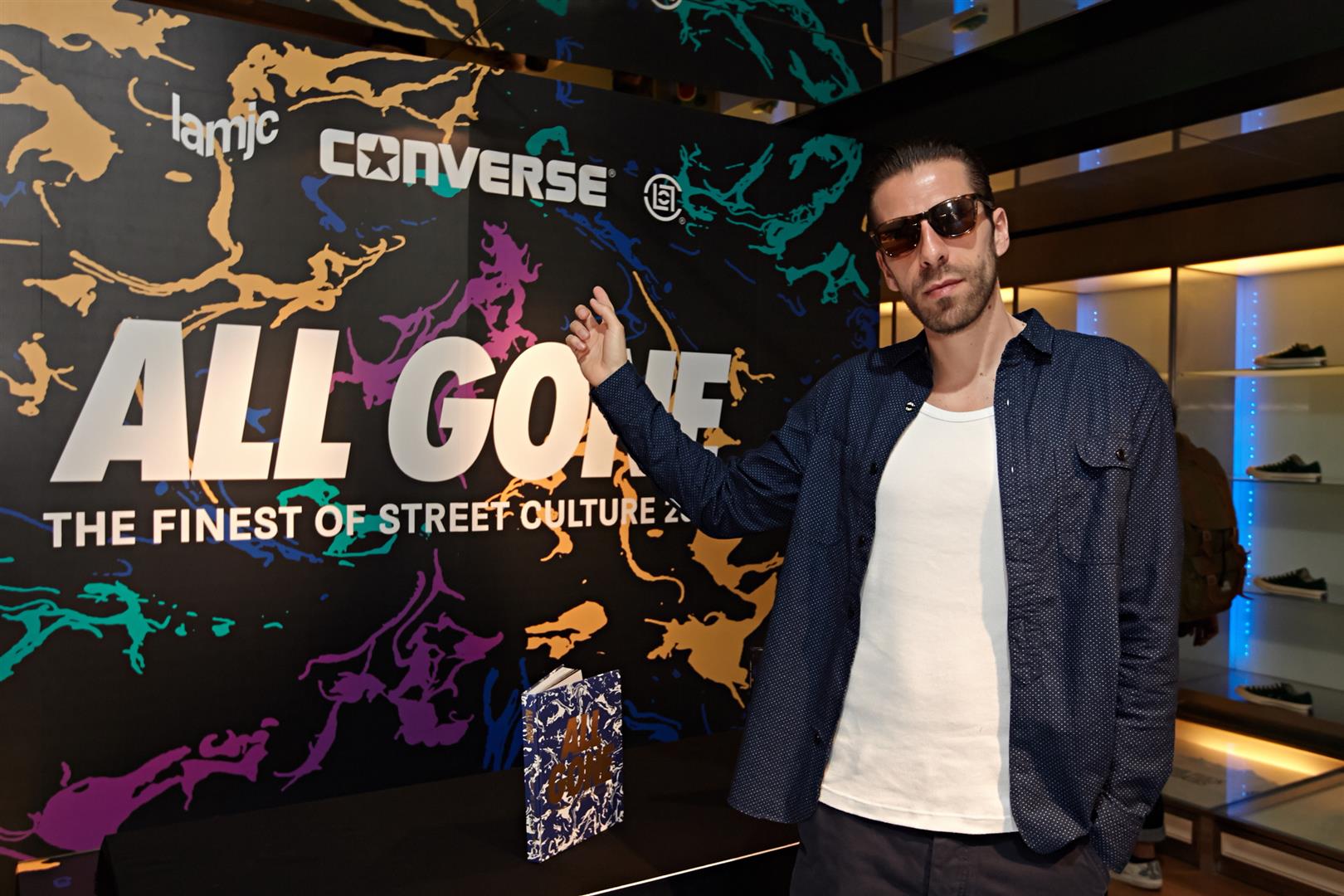 When you’re talking about street culture in Europe, the name Michael Dupouy will definitely spring up. For almost a decade, this Paris-born founder and director of La MJC has been involved with the conception of a yearly streetwear bible called All Gone, where it seeks to filter out each year’s worth of products and provide their readers with what he thinks is the best. Brought down to streetwear boutique Juice KL for a signing session, JUICE managed to speak to Dupouy about the book and his thoughts on current street culture.

Naturally, the first question asked was about the concept behind All Gone, to which Dupouy replied that there wasn’t really one to begin with. “It’s not really a concept but just a simple idea of paying tribute to what I think is the finest from our scene, the street scene,” said Dupouy. He added that through the effort of the book’s team, not just him, the art direction and photography of the book made it into something even more special. This was something they needed to achieve, street fashion is already saturated with competing curators: “There are so many people shooting the same products like we did for the books, so we tried to do something different in terms of style and composition.”

There is an art to the creation of printed works, which we’re all too familiar with. “We sometimes end up with so many pictures of the same shoe, we need to slowly choose between the colours, the positioning, and even match it to what is in the page that comes after,” he recalled of the process. An arduous task that is even harder to pull off had All Gone been a free magazine with 10 too many ads (here’s looking at ourselves).

When asked about what streetwear and sneaker brands he appreciates right now, the man was quick to answer that all the ones featured in his books are the brands he loves. “It is difficult for me to mention one because if I did, the ones that didn’t mention will probably go ‘Ah, you didn’t mention my name!’” Dupouy joked.  On a more serious note, he did add on to say that recently he’s really into a French brand called Études.

“They have been in the business for quite a few seasons and they are doing very well, getting better season after season,” he said, hinting that said brand might be featured in All Gone’s 2014 edition.

One might think that there are slight disparities in Asian streetwear as compared to their Western counterparts, but Dupouy opined that due to the explosion of social media and globalisation of streetwear, there’s no apparent difference between both. “The only difference, honestly, is the weather. In LA, you won’t dress as they do in Moscow. They’re going to have a different style, but at the end of the day we all love the same style and brand. Just sometimes at a different level. It’s still a global thing,” posited the street guru.

In terms of his future plans, Dupouy stated that they’ve already begun work on the 2014 edition. “I already know exactly what I’m going to put in the book from January to September,” he affirmed us. He also indicated that something personal might brew up in China, “I don’t really consider China a market but more of a country with tonnes of friends [where] I’m always welcomed. So I will continue to go there and do some stuff there if possible.”

JUICE is crossing our fingers that Dupouy saw us the same way.