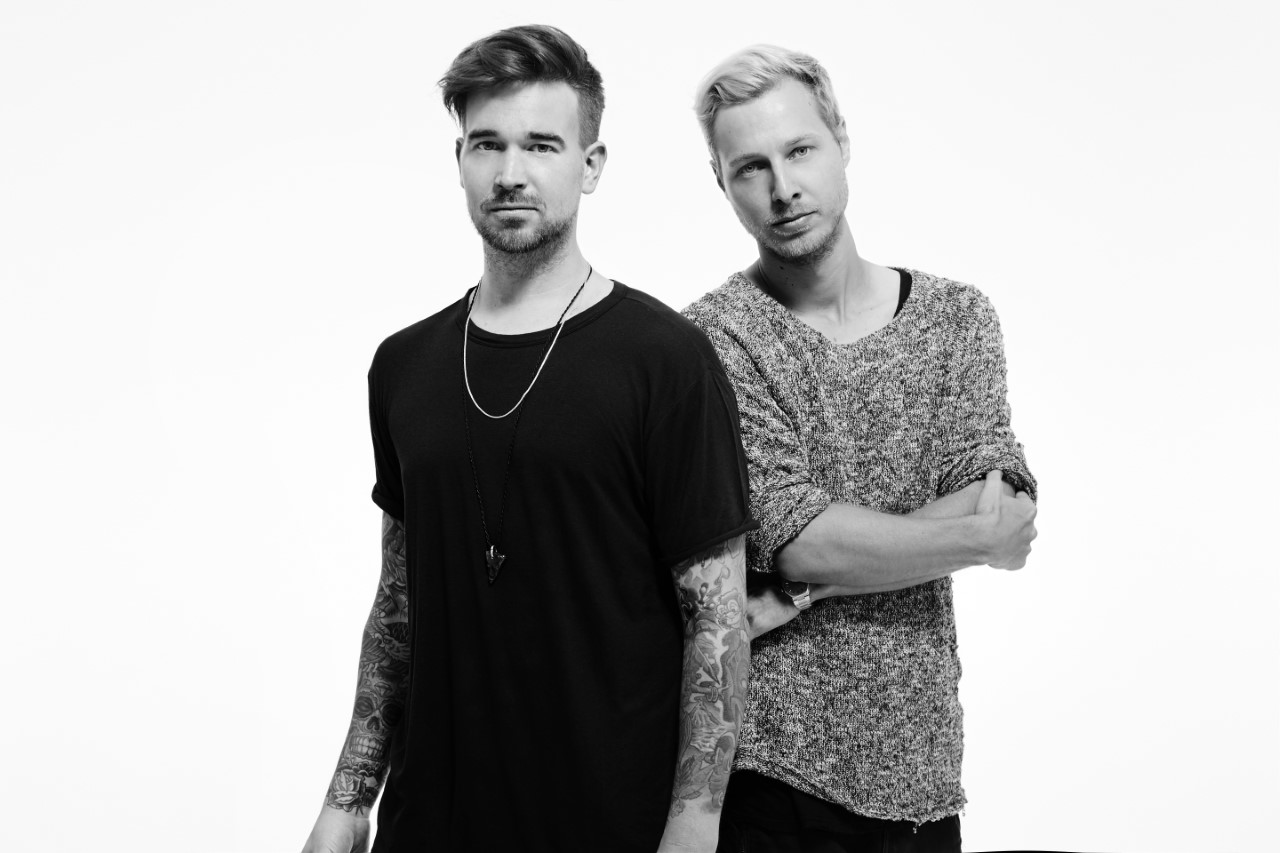 Matze and Johannes, the duo who first started out as beat production team Twomanics and the brainchild of their own genre, CrispyUrbanHouse, are mates that connected through hip hop, breakdance, and skateboarding, ultimately a bond that formed Mat.Joe. Now firmly in the realm of electronic and dance music, they’re more known amongst techno and house heads than hip hop, though that influence has never left them musically. Ahead of their recent gig at Elysium courtesy of FWD, JUICE was able to get a hold on them through an email chat and managed to get their take and perspective on their music, skate culture, and their love for both old and new hip hop.

“Skateboarding and hip hop is the cultural background we both grew up with and also built and inspired our understanding of house music.”

It’s noted that the both of you are the best of buddies due to a shared love of hip hop and skateboarding. How did that happen and from where did you both decided to jump onto this career together?
Yes, it’s true! We both met in 2006 at a NYE party. The conversation started with some random street fashion talk. Days later, we met again at the gym and started to go to parties. Joe was already an active underground hip hop producer and Mat was really interested in music and productions, but never met a person with that passion before. So we founded Twomanics as our beats production team. After we moved to Berlin, we thought about a second project, which could represent our love for electronic music, and Mat.Joe was born. Besides, we also did some DJ gigs just for fun in a bar in Neukölln, Berlin. Skateboarding and hip hop is the cultural background we both grew up with and also built and inspired our understanding of house music.

How did the transition to making soul and hip hop-infused house happen? Are you guys still keen on making purely hip hop music?
We’re always about the good vibes, something that makes you smile like back in the days when you went to the great hip hop and r’n’b parties and went crazy on the dancefloor. So, when it’s in your blood, you’ll show it in your tracks. Couldn’t do depressive music at all. It would feel wrong. Music comes from the heart. When we do [music], it ends up in a house jam, but honestly we’d love to do something like that (hip hop and r’n’b) in the future again – e.g. when we do an album.

“[Skating] has always been a mixture of many different music cultures and it’s good to have all kinds of people at a party.”

Skate culture is usually associated with hip hop and rock – being skate aficionado yourselves, were you ever exposed to house or any kind of dance music from that subculture?
We think that electronic music actually is a big part of skate culture like in the movie Kids (1995), where most of the skater guys went to underground clubs like Limelight to rave in their baggie pants. Mat had some early experiences with his skate homies when he went to d’n’b [gigs] or crazy Goa parties in the woods. It has always been a mixture of many different music cultures and it’s good to have all kinds of people at a party (besides vibe killers) because that’s what makes it special.

What are your fondest musical memories together? In your hometown or after you move to Berlin?
In Hannover, we both hung out before, mostly at Mat’s place. We watched some cool hip hop and r’n’b videos and got into the vibe with some Jaegers. In Berlin, we had similar moments but in different places like when we were in the zone listening to good tracks at Panorama Bar. So, it will be always and everywhere.

So, you’ve had a deadmau5 ice cream while in Thailand. Just out of curiosity, how was that and are you guys fans of deadmau5?
It just happened randomly. We both are a bit silly and talk a lot of blab… the ice cream just looked like deadmau5. It does, right?

“Some people call it techno or house, for us that jam is CrispyUrbanHouse.”

How do you define the CrispyUrbanHouse ‘sound’?
Our mutual love for urban culture is a mixture of everything that you love about electronic music. It’s what we produce and what we play. Some people call it techno or house, for us that jam is CrispyUrbanHouse. It’s our signature name for the music we play, paired with a skateboarding and graffiti lifestyle.

How do you guys conceptualise your music as a duo? Do you sit together and piece out the tune or do you pen down whatever that comes to mind spontaneously as individuals?
It always depends on our workload. Sometimes we both work separately in our studios, do some tracks, and show them to each other. Sometimes we take some days off for a proper studio session. No tracks would get released without a touch or an idea from both sides and the spontaneous tracks are mostly the best.

The DJ world is a toughie. What are typical mistakes people make when trying to pursue this career?
Party too hard, become arrogant, not making music [consistently], and forgetting one of the most important things; the fans.

With Mat.Joe currently touring and performing throughout the world, we wonder when do you guys make the most music – rested at your home or busy touring?
We just built our touring studio setup with a newly pimped MacBook. We try to work on tracks as often as we can but it’s also important to save energy for new ideas. We create most of our stuff at home but we’re always open to work all around the world. Just made music at the beach of Ko Pha Ngan.

“Jay-Z is definitely one of those guys who always sound fresh in your ears. He fits both the golden age and the newer generation.”

House and hip hop, if there had to be one genre you can’t do without, which is it?
Sorry, no decisions. It’s both in our hearts and it will always go hand in hand. CrispyUrbanHouse can’t do without these two ingredients!

Presented by FWD, Mat.Joe played at Elysium on Saturday 25 February ’17.