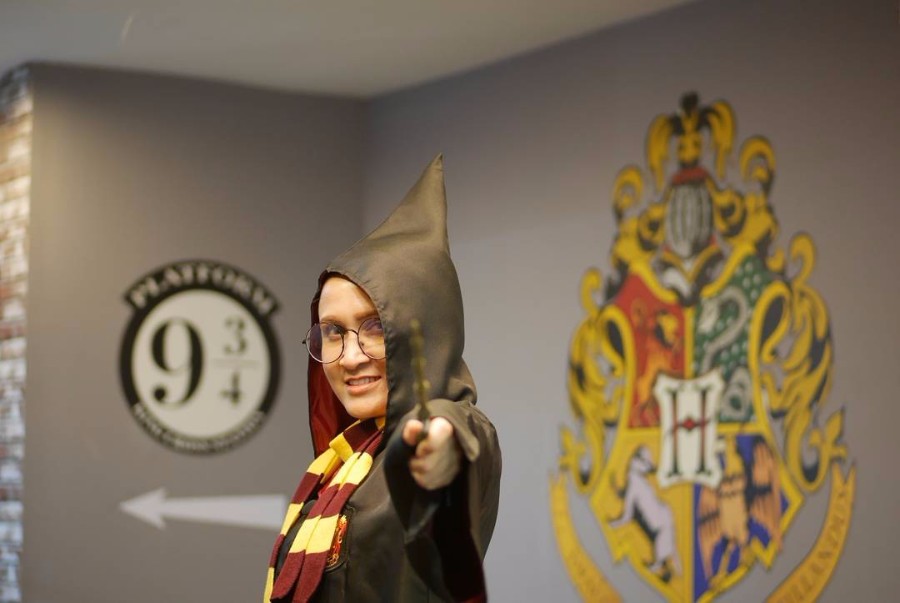 Being the fictional character of a well-loved mega-franchise has its benefits. For one, you’ll have access to every nook and cranny of the world, as long as there are followers to support you whatever theme park or movie spinoff unleashed should be well-received. If you don’t believe in ‘the power of the fans’, consider this: when was the last time a dude from Kelantan claimed he could fly and got away with it? That’s right. His fanbase was too niche.

Located in the PAS-stronghold of Kota Bharu, Kelantan, Malaysians were recently spellbound by news of our very own Harry Potter-themed cafe opening there. Named after the ever-helpful owl character of the franchise – Hedwig Books & Cafe is the perfect place for Potterheads to congregate. Just look at what they have in store for patrons:

Scrumptious snacks inspired by the movie. We can only image how large the teatime crowd would be…

A living library. Okay, maybe not ‘living’ but it’s got a tonne of books for young wizards to checkout, and they’re not only in English.

Harry Potter Scrabble, anyone? (Warning: While a large number of Harry Potter fans are Anglophiles, you might want to avoid playing with Grammar Nazis)

All about that robe. Get wizard-y with your mates and look the part.

Hangout with fellow Potterheads and try to cast spells (or just wave your wand around in a frenzy).

We wonder if there’s any Butterbeer here though…

Movies and series to binge watch this weekend here.